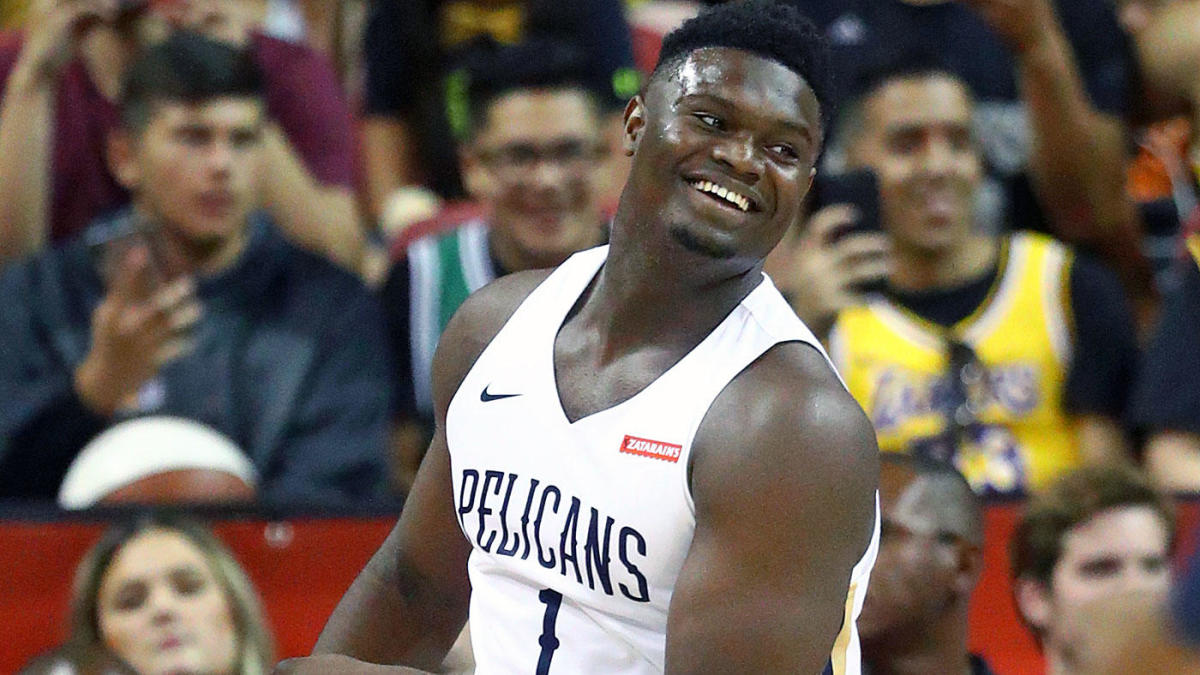 I love it when athletes from other sports fall in love with the greatest game ever, and it looks like newly minted New Orleans Pelican Zion Williamson is one of those athletes.

It also looks like the mountainous, former Duke power forward (or power-whatever-he-wants-to-be) doesn’t know his own strength when it comes to striking a few iron shots on the practice tee.

For proof, check out this Tweet from the Pelicans, taken at what looks like a recent charity tournament.

At impact, last year’s NCAA Player of the Year and the No. 1 NBA draft pick snaps the head off a mid-iron, and his buddies marvel at the feat. Zion just goes and grabs another potential victim, and keeps going.

I’ve seen PGA pros cave in driver faces. I’ve seen more volcanic types snap an unruly club over a knee after a particularly poor shot. I’ve seen them wrap putters around trees, then play the remainder of a round with a wedge for a flatstick. But I’ve never seen this.

Then again, back in high school, I felt the head of an old persimmon 5-wood fly behind me on a long par 3 after its whipping (remember that?) gave way. But it had nothing to do with strength.

Of course, I’ve performed a few, uh, club surgeries over my nearly 50 years playing the game, voluntarily or involuntarily. As a volatile young (and not so young) player with an admittedly bad temper, I’ve given irons the knee treatment, tossed the remains in a pond and kept walking in a cloud of disgust and self-loathing. I’ve chucked clubs into trees, slammed them into innocent ball washers and generally wreaked havoc on a wide array of unsuspecting sticks.

Just a couple years ago I was playing a round with a good friend when the business end of my pitching wedge took flight after a simple 120-yard approach shot. Turns out there was a small dent in its steel shaft, no doubt put there by yours truly after I took a home run swing at my golf bag at some point.

I’ve written about my past anger-fueled sins against the game, but other than the occasional, exasperated, relatively mild club toss or growled expletive, I’ve long since eliminated such embarrassing outbursts from my game.

Golf is hard, it’s frustrating, sometimes cruel, but I finally figured out that abusing its tools, and therefore the game itself, serves no useful purpose other than an unsatisfying, sugar-high blowing off of steam.

Uncontrolled anger, I know, is a cancer on the sport. You know it, I know it, and certainly the many teaching pros in the Golf Tips family, including Top 25er Tom Patri, who in this column takes bad self-talk — the entry-level drug of golf anger — to task, knows it.

It’s clear that Zion Williamson’s head-snapping feat had nothing to do with anger. He was just doing the same thing he does to those poor fellow baskeball players who try to block his drive down the lane or repel one of his thunderous dunks.

He was having fun.

Here’s hoping he keeps that attitude as his golf dalliance turns into an addiction, which it most certainly will.

In the meantime, he might want to consider widening his prospects into pro football. The other New Orleans team, the Saints, and their newly installed starter, Teddy Bridgewater, could use this guy’s help on the O-line.