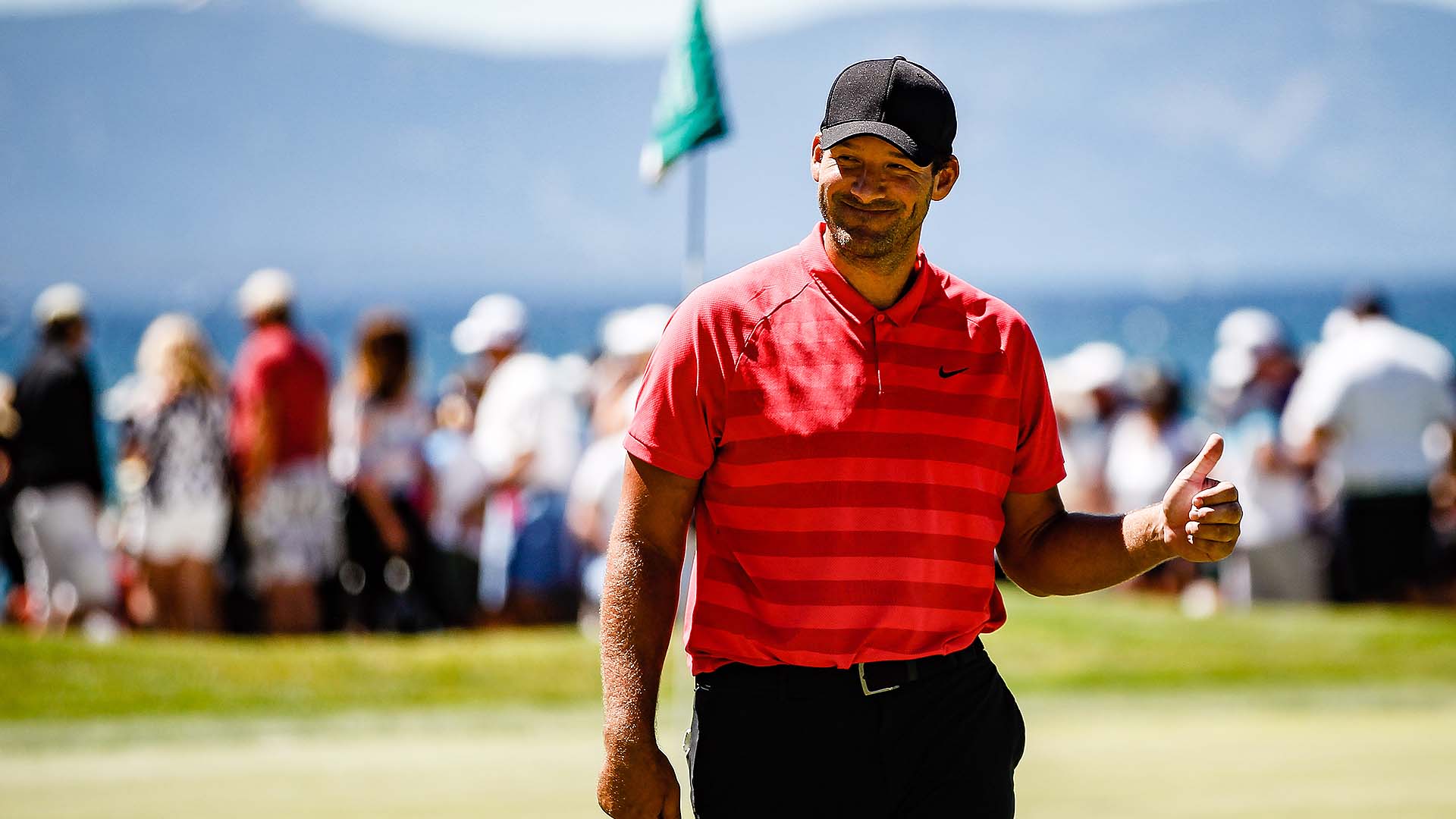 Over the past couple decades, golfing quarterbacks have pretty much dominated the celebrity player set, leading to fun pieces like this one, which ranks seven of today’s active signal-callers by their on-course prowess.

Top of the list: Matt Ryan of the Atlanta Falcons, a near-scratch stud who clearly keeps his “Matty Ice” persona when swinging the sticks.

Bottom of the list: Cam Newton, who loves the game though he freely admits he sucks, but hosts a big fundraiser golf tournament anyway.

I’ve seen few of these guys—Tom Brady, Ben Roethlisberger and Alex Smith—tee it up in person, at the American Century Celebrity Golf Championship at Lake Tahoe, a footballer-only fundraising event that once led into that tournament, or the AT&T Pebble Beach National Pro-Am. I even chatted with Smith on a green as he waxed enthusiastic about the game that tests him and everyone who takes it on.

There’s also a healthy slate of QBs who’ve since traded in their football cleats for golf soft spikes. Probably at the top of the talent list is Tony Romo, who has the chops to play on Tour and has won at Tahoe the last two years. John Elway was once a perennial contender at Tahoe, and Mark Rypien is a multi-winner. Steve Young is a middling golfer but he flat-out loves the competition. Jim McMahon, who now struggles mightily with dementia, remains a very good player, bare feet and all. I once interviewed my personal hero, Joe Montana, about his golf game. Not good, he admitted — but he craved its ability to bring folks together and afford even the biggest name some much-needed humility and solace.

There are and have been many others: Andy Dalton, Steve Bartkowski, Carson Palmer, Trent Dilfer, Joe Thiesmann, and on and on.

But perhaps history’s greatest golfing quarterback was longtime 49er John Brodie, who actually won a Senior Tour event and was always in the Tahoe mix over its first decade or so, before a stroke laid him low.

So what, exactly, makes golfing quarterbacks so damned good?

They boast acute hand-eye coordination that’s a cut above what most of us can count on.

But, in technical terms, quarterbacks largely excel at golf because its key motion—the transfer of weight to the target-ward side in the downswing and through-swing—mirrors the throwing motion required to toss a football 40 or 50 yards. It’s all about proper footwork, and it’s the key to power and accuracy — and therefore scoring success.

On that note, I decided to go through the Golf Tips instructional archives to cast fresh light on this fundamental, and why we all need to work on it. We’ll never step on an NFL gridiron, but armed with the following six tips we can step on the first tee and tap into some of that quarterback mojo.