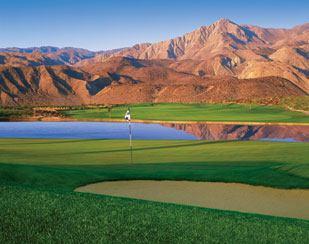 100+ Courses. Like Myrtle Beach and the Phoenix/Scottsdale areas, Palm Springs and its surrounding desert communities boast more than 100 golf courses. That list continues to grow. Last year, Escena, a new Nicklaus design, opened its doors for play. This year, Indian Wells debuts its first of two redesigns. The pros also head out to the desert for a handful of events, including the Bob Hope Chrysler Classic, Kraft Nabisco Championship, Samsung World Golf Championship and the annual LG Skins Game. For more info, visit www.palmsprings.com.

The Tiger Trail. Tipping out at a mere 6,025 yards, the Anaheim “Dad Miller” Golf Course might not be much of a challenge in these 460cc driver days—nor was it a challenge for a young Eldrick Woods. Woods’ alma mater, Western High School, played their home matches at this Orange County muni. When Tiger was two, he was rumored to have shot a 48 on the back nine at the nearby Naval Course.

The Nissan Open. Put it this way, this is the tournament Tiger Woods has played the most times without winning. The Nissan Open is contested every January at the famed Riviera Country Club (aka Hogan’s Alley) and features several of the world’s highest-ranked golfers battling to keep Tiger from breaking through. If you’re not pressed for time, take a stab at another Southern California golf landmark: Rancho Park Golf Course, which hosted the tournament when it was known as the L.A. Open. Located about 15 minutes south of Riviera, Rancho is so L.A. There’s a movie studio across the street, and the Pacific Ocean and Beverly Hills are just a few blocks away. For more info, visit www.pgatour.com._Ê 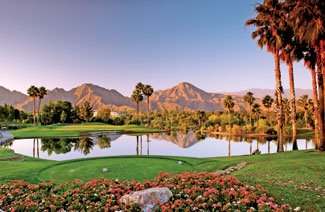 Coastal Courses. Host of the 2008 U.S. Open, Torrey Pines is the jewel in the coastal crown. At a staggering 7,607 yards, Torrey’s South Course promises to add brawn to its beauty when golf’s greatest tee it up in 2008. Farther up the coast are Monarch Beach Golf Links, a Robert Trent Jones Jr. design and “The Don’s” latest over-the-top offering, Trump National. For more info, visit www.scga.org.

Funky Homes. In its heyday, Palm Springs was a haven for Hollywood celebrities. The area’s surreal landscape, sun-soaked days and weekend-retreat vibe also made it the breeding grounds of midcentury modernist architecture. Albert Frey, a Swiss-born architect, was its leader, and his work brings to mind swinging space-age bachelor pads. The Palm Springs Visitors Center is one of Frey’s more famous creations, so don’t miss it when heading into town from the west._Ê

Ventura Ventures. Calling it a “hotspot” is a bit of a misnomer, considering the relatively cool climate Ventura County has all year long. Nevertheless, some great golf abounds. Angelinos flock to places like Rustic Canyon, Moorpark Country Club and Lost Canyons. Other gems in the area include Tierra Rejada and Sterling Hills Golf Club. View www.golfsocal.com for a listing of ’em all.

Short Sports. Los Angeles has a thriving par-3 culture with dozens of short courses dotting its massive basin. Many of the city’s par-3s were designed by well-known architects. William P. Bell worked with William H. Johnson on his Rancho Park par-3 layout, and Bell’s son, William F. Bell designed Heartwell, young Tiger Woods’ home course. Frederick Law Olmstead Jr., one of the best-known landscape architects of his generation, designed the supercheap ($2) Armand Hammer course in Holmby Hills Park. Arroyo Seco ($15) in South Pasadena is the most costly, but it’s worth it. You can play at night. 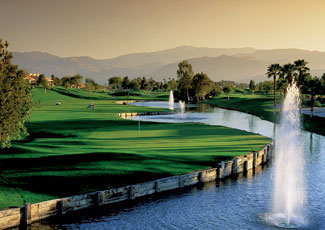 Way Down South. If you make the two-hour drive south of Los Angeles to San Diego, don’t miss Coronado Island, the Gaslamp District and Old Town. To mix in some golf, the best of the best include Torrey Pines, La Costa, Barona Creek and the Rancho Bernardo Inn. No wonder this area is such a popular refuge for people in Arizona—the temps are generally 30 degrees cooler in the summer. For more info, visit www.sandiego.org.

Snap Shots. The “muni” golf courses in Los Angeles may not always be blessed with Augusta-like conditioning or Bandon Dunes-like beauty, but that isn’t to say these courses aren’t worth your time. Reason being, several municipal golf courses are located a chip shot from music, movie and television studios, and it’s not uncommon to find your favorite actor or musician killing time between takes at one of these local city-owned tracks. Bring your camera and look around. You might get lucky and wind up playing with someone famous.

Contact Information
For a listing of not only where to play in So. California, but also special events and course slope/ratings, visit the Southern California Golf Association at www.scga.org.

1. Rustic Canyon Golf Course
The only hidden thing about Rustic Canyon is its location northwest of L.A., but that hasn’t slowed down play at the best new track in the Los Angeles area.

2. Robinson Ranch Golf Club
These 36 holes are minutes from the L.A. Basin, yet feel a world away. Play the Valley course first, then play the Mountain course.

3. Tijeras Creek Golf Club
The hilly terrain of Rancho Santa Margarita provides the backdrop for this exciting layout. It’s not far from John Wayne Int’l Airport, and is accessible from San Diego or L.A.

4. Coronado Golf Course_Ê
This place is a muni? Locals know that CGC has some amazing views of the bay and it’s holes are fun to play. But, that’s not all. It’s a great value, priced under $40 bucks.

5. The Alisal Ranch Golf Course
Not far from the Danish-inspired town of Solvang, this gem has a delightful, classic feel. Bring the family and have a great time.

1. Westin Mission Hills Resort
Talk about deluxe! The rooms, spa and two golf courses have what it takes to help you have a relaxing, rejuvenating and sometimes reinvigorating experience.

2. Marriott Desert Springs
Featuring a variety of room options and great stuff for the kids, Desert Springs tops it off with a fun-to-play golf course._Ê

3. La Quinta
For a place that’s been around for 80 years, La Quinta is swanky, luxurious and still one of the best places in the area to hang. Oh yeah, the golf at PGA West is also great.

4. Golf Resort At Indian Wells
Halfway through its second course renovation, Indian Wells still holds up among the best stay-and-plays in town. The new Celebrity Course is awesome._Ê_Ê

Dos And Don’ts In So Cal.

Do: Play Before 9 A.M.
The biggest metro area in the U.S. also has the most gnarly traffic. Beat the morning rush and be done before the evening grind.

Don’t: Rent A Convertible
Going topless in Cali is cool if you aren’t going to play golf, but it’s a huge hassle if you plan on bringing golf clubs._Ê_Ê

Do: Drink Up_Ê
No, we’re not talking about cocktails (although those are fun, too). The SoCal environment is an arid one, especially in the desert. Drink as much H2O as possible.

Don’t: Just Eat Anywhere
SoCal has thousands of restaurants, many of which are a little odd (hey, it’s California.) Read up on where to eat before you get ready to chow down.

Do: Play Par-3 Courses At Night
T-shirts, shorts and flip flops fit the bill, as do a handful of golf balls and a few wedges. This is L.A. style all the way.

Don’t: Forget A Map
GPS-equipped rental cars are worth it, but bring a map as well. Most courses are spread out all over town.

Do: Take A Ride Along PCH
Expect delays and lots of people, but the views and interesting sights make it all worth it. Don’t miss Venice Beach, Santa Monica, Ventura and Santa Barbara._Ê_Ê_Ê