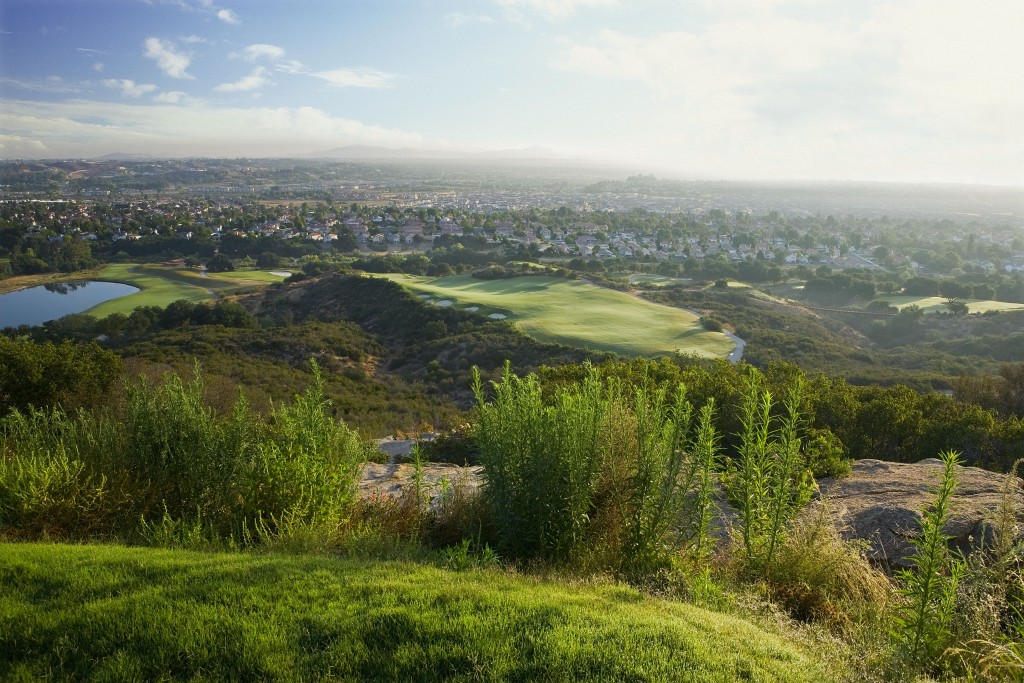 The effects of El Niño 2015-16 were just kicking in as Thanksgiving approached. A couple hundred miles to the north, the Sierra Nevada were already sporting a white coat, while here the Temecula Valley along Interstate 15, a gentle rain began to fall on the wide, flat opening holes of The Journey at Pechanga. The rain was more than welcome after five years of Southern California drought, though, through it all, the Pechanga band of Luiseño Native Americans had managed to keep their baby — one of the region’s top-rated public courses — green and lush.

Perfectly situated about halfway between San Diego and the Inland Empire of Riverside-San Bernardino — with the Coachella Valley just a little over an hour’s drive east via the scenic Palms-to-Pines Byway — Pechanga Resort-Casino is “small” by Las Vegas standards with 517 rooms — a second hotel 568-room tower will remedy that — but every bit that gaming mecca’s match in terms of service and entertainment value, which is why it snags thousands of otherwise Vegas-bound visitors every year. Its 200,000 square foot casino, which is bigger than any in you-know-where, offers 3,400 slots, a poker room and plenty of tables games, while the rooms (64 of them suites) and restaurants (especially the Four-Diamond feted Great Oak Steakhouse and killer Umi Sushi & Oyster Bar) are as impressive as anything you’ll find on the Strip, at far less outlay. There’s a 1,200-seat theater presenting top music and comedy acts, a 2,000 seat grand ballroom and much more meeting space, casino cabaret, several bars, fully outfitted spa and fitness facilities and a big ol’ pool complex with cabanas and cocktails. Spend a night or two here and you’ll quickly discern why Pechanga attracts scads of staycationers from the San Fernando Valley to the Mexico border.

But where here for the golf, and chief architect Steve Forrest — Arthur Hill’s No. 1 guy — did it up right when he laid out The Journey to the tribe’s exacting, history-sensitive specifics a little over a decade ago. He and his design crew, which included 1995 U.S. Open champ Corey Pavin, routed the course carefully among ancient tribal archaeological sites and settlements; in lesser hands the resulting routing could have felt forced or awkward, but Forrest hit just the right rhythmic and strategic notes.

Several dramatic crescendos build, challenge and cajole along the Journey’s mostly hilly circuit, starting at No. 6, which is really a gettable par 4 (Golf Tips’ visitor birdied it) once you get past the heart-pounded 175-foot drop from tee to fairway; from there it’s a straightforward, slightly uphill mid- or short iron to a deep green tucked between grassy knolls. No. 9 is a 575-yard conversation piece of a par 5 with a split fairway, an old stone wall guarding one second-shot path and a huge old oak looming over another. The handful of water holes are memorable — No. 5, Nos. 11-13 and especially Nos. 15 and 16, the former a rousing par 3 — by making great use of streams, ponds and waterfalls, again without feeling forced or out of place on the otherwise arid landscape. Then comes a two-hole finale that ranks among the Southland’s best. No. 17 is a longish par 3 hugging the mountainside, with the hotel in full view and the entire valley spreading out beyond; you’ll need to pull your best 5- or 6-iron out of the bag and clear a tangly ravine with a tricky downhill shot to find the green and give birdie a go. The dogleg-left, 442-yard 18th also demands a let-it-fly tee shot over native flora (keep it right of the big rock outcropping) to a wider-than-it-looks landing area followed by a mid-iron to a multi-tiered green which, since the course’s opening, has actually softened a bit — the original design had a deep Biarritz-style valley running its entire width. Pull off one last low number and you’ll feel great cross the steel bridge back to the “Journey’s End” clubhouse, which is no ordinary snack shack at 62,000 square feet, a huge patio, his and hers locker rooms and an outstanding grill (if you’re smart you’ll arrive early and down breakfast there, too). And if you decide that your game could use a spruce-up before taking The Journey again, Pechanga just so happens to employ one of the area’s top PGA teachers and a frequent Golf Tips contributor, Randy Chang (see sidebar for his latest accolades and check out his shank-killing tip elsewhere in this issue).

So, rain or shine, guys’ golf getaway or big meeting or couples retreat, Pechanga has the prescription for a sweet few days of fun. Even El Niño can’t wash that fact away. Get ready to relax, and chase Old Man Par, in style.