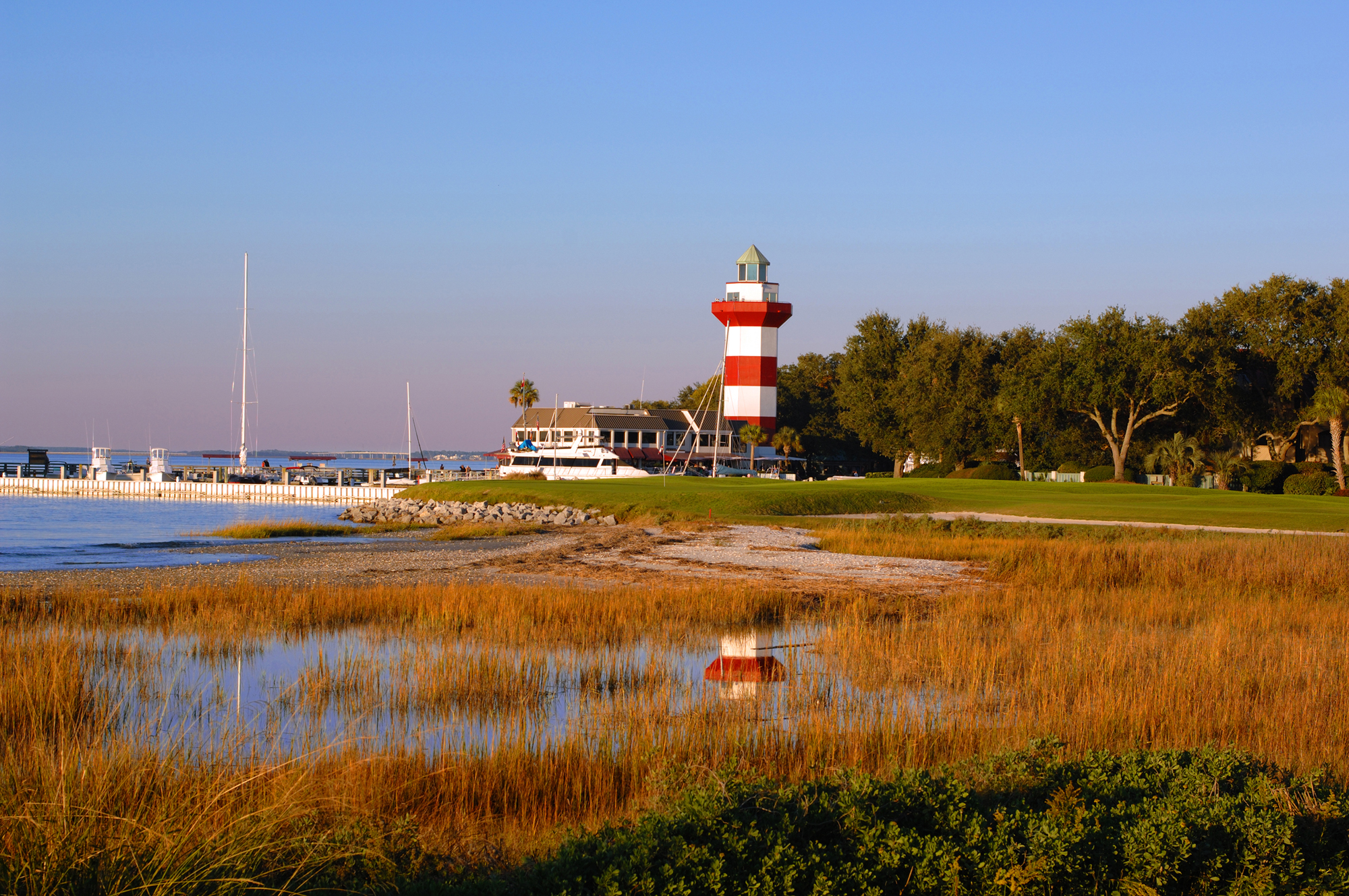 As the golf world gets all geeked up for Masters week, and rightly so, there’s little doubt that more than a few PGA Tour pros — including those 90 or so souls lucky enough to tee it up at Augusta National — are looking just one more week, and one more very special place, down the road. That would be Harbour Town Golf Links and the surrounding Sea Pines Resort, perhaps the most well-known section of golf-rich Hilton Head, S.C., and home to the Tour’s RBC Heritage Classic since 1969 — the last 25 years or so the week after the Masters. Though it came close to dropping off the calendar in 2011, the tournament is a favorite among players and their families, a beautiful and almost bucolic Low Country breather among the oaks and wetlands after a frenetic foray in the Georgia loblolly pines. It’s also a golf travel must for the rest of us.

Pete Dye might get more mentions as the man behind TPC Sawgrass or PGA West’s Stadium Course, but this jewel box of a design — on which he mentored a burgeoning young player-architect named Jack Nicklaus — is one of his best resort course efforts. Compared to its brawnier brethren, it’s softer around the edges and somewhat more friendly to the average Joe and Jane, but by no means a pushover. One drive out of position or one putt overcooked on the smallish greens and you’re in for a Dye-saster, though even a big number goes down sweeter when perpetrated on such lovely, lovingly tended grounds. While the front nine has its shining moments, particularly at No. 4 and 8, the back nine is simply divine, if more devilish at times. It opens with four of the most perfectly sequenced par 4s in the game (culminating with No. 13, an impish 339 yards from the white tees but fraught with danger thanks to overhanging trees and a raised green surrounded by sand), and finishes with an unbeatable three-hole trio along Calibogue Sound. Both No. 17 and No. 18 back up their fame with game — a cape-style par 3 playing directly toward the water and the final fantastic par 4 over wetlands both off the tee and on the approach, with the iconic barber-pole lighthouse in the background. It makes for not only one of the Tour’s most telegenic scenes, but a lifetime memory for anyone of any talent level who stands there soaking it all in … at sunset, if possible. Breathtaking? Yeah — and breath-giving, especially now, after undergoing a series of course enhancements over the summer of 2015. The tee boxes, fairways and were replaced with Celebration Bermuda grass, the most scientifically advanced surface used on warm season courses. The greens were re-grassed with Tif-Eagle Bermuda, the same turf used on the putting surfaces since 2001. A new irrigation system was also installed with the most advanced technology in water management and control. So, it’ll be lush no matter when you stop by.

Once you’ve dropped that last putt, hopefully you’re heading for the 60-room Inn at Harbour Town — which looks over the Links’ first tee and recently added a new swimming pool/patio complex. It’s a must-stay, just as the Links are a must-play. Just one smile from a young, most likely foreign-born “butler” will tell you why; the resort employs dozens of foreign exchange students looking to augment their stateside studies with some refined hospitality skills, and they take it very seriously. No detail is overlooked and no measure of sincere friendliness is forgotten. Be sure to add a meal at the all-new clubhouse’s Links, An American Grill, and take a stroll around the Yacht Basin where several other restaurant and shopping choices await, along with countless photo-ops of moored sailboats, the seabird-populated sound and, yes, the lighthouse itself.

The swings, sights and wonders don’t stop with Harbour Town. Just down the way and still within the Sea Pines gates is Heron Point, another Dye delight that was just named “2013 Course of the Year” by the Lowcountry Golf Course Owners Association. And Hilton Head as a whole is an upscale golfer’s paradise on the private and resort/public fronts. Turn a corner and you’re almost guaranteed to run into the another worthwhile course, some with Harbour Town-like sound or sea views, others ensconced in the island’s stretches of deep forest and interior wetlands. And all are close enough together to warrant 36 holes on a languid spring or summer day. Start with Oyster Reef — a sleeper of a course that touches the water at the lovely par-3 sixth, then heads back into the trees for the duration — and then head for the outstanding Arthur Hills Course at Palmetto Hall Plantation, which displays just about every great design element in Hills’s estimable arsenal. While some of his efforts are an acquired taste, this routing has it all — visual thrills from the tee box, thrilling approaches over cross bunkers and ponds, green complexes with flavor and flow and a perfectly balanced rhythm throughout.

You’ll be famished after a long day of great golf, so check out the killer local barbecue from Bullie’s, a take-out joint not 10 minutes from the Sea Pines gate. A half rack of baby backs, three kinds of sauce (including classic vinegar-based Carolina red) cornbread, fries, slaw — now that’s the way to end the day, and set you up for another run at Harbour Town the next morning.

HOW TO GET TO SEA PINES

Travel to Hilton Head Island by plane is easier than you think, with the excellent regional airport at Savannah about 45 minutes away, and Charleston not that far to the northwest. Or, bundle it with stops along the rich golf tableau just off I-95, such as Sea Island and Amelia Island. It’s a three-hour drive south to Jacksonville, gateway to TPC Sawgrass and St. Augustine.

Sea Pines currently offers several stay-and-play packages, including the Pete Dye Signature Golf Package. For $273 per night through May and $242 from June through August you’ll get three rounds at Harbour Town or Heron Point (the Ocean Course is closed for renovation until September 2016); free afternoon replays at Heron Point (you’ll just pay cart fee); and accommodations in one of the resort’s premier villas. If you want to stay at the Inn, packages start at $303 per night in the winter months.