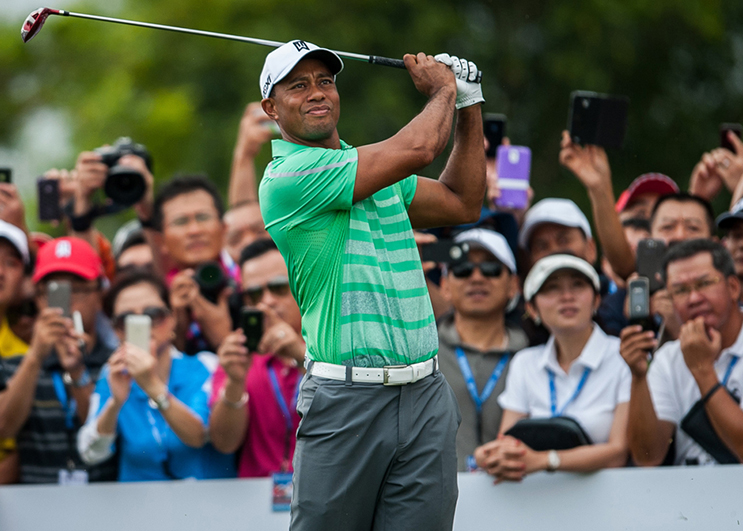 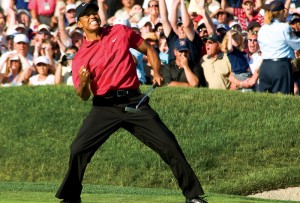 Tiger Woods is all the way back.

Mostly a vapor on the PGA Tour over the past three years, the 42-year-old superstar nearly notched his 80th victory at the Valspar Championship in Tampa last weekend, coming up just short of a playoff showdown with Paul Casey. A stellar Friday and Saturday (68-67) put him in perfect position to win, one shot behind rookie 54-hole leader Corey Conners, but birdies were hard to come by on Sunday — just too many long first putts after too many ho-hum iron approaches. Still, a second-place tie (in front of huge in-person crowds and what was undoubtedly the largest TV audience this event has ever had) shows that the 14-time major winner is definitely in the Masters conversation.

First things first, though, and that means the Arnold Palmer Invitational at Bay Hill, a tournament Tiger has won eight times. He was on the sidelines for last year’s edition, the first after the King’s passing in October 2016, and the golf world had pretty much written him off for the foreseeable future if not forever when word came that he’d undergone lower lumbar spinal fusion surgery (piled on top of several other back and knee surgeries). No Tour golfer had come back from that kind of invasive procedure. Surely Tiger, despite his vaunted workout regimen and proven mental focus, couldn’t overcome it.

But here we are, on Bay Hill’s doorstep, and Mr. Woods will win it.

Bottom line: Nobody moves the golf needle like Tiger Woods, and he’s ready to peg that sucker into the red — dramatic, Sunday shirt, hardware-hoisting red. Arnie would approve.