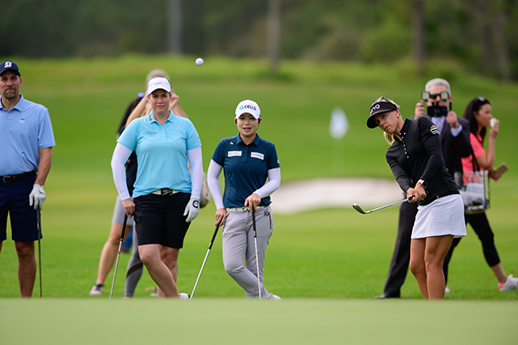 Brittany Lincicome and Eun Hee Ji watch as teammate Pernilla Lindberg zeroes in on the pin during the LPGA TOC Short Game Challenge.