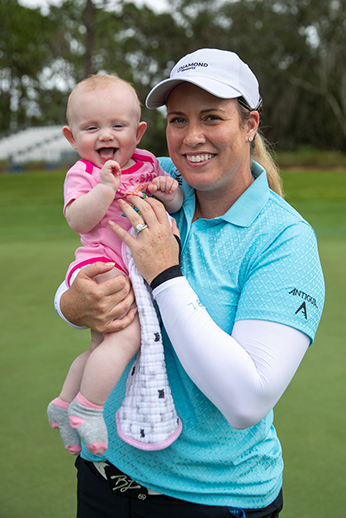 Brittany Lincicome and her new daughter show their joy at taking part in the LPGA TOC in Orlando.