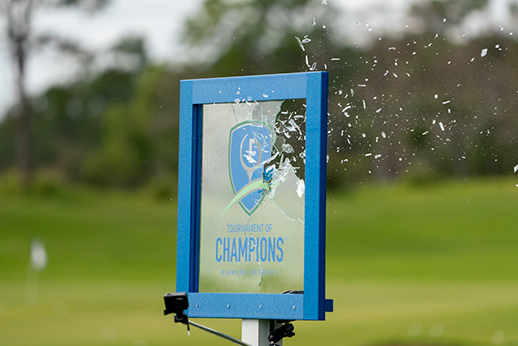 A pane of glass gets blown away at the hand of LPGA star Pernilla Lindberg during the LPGA TOC’s Short Game Challenge.