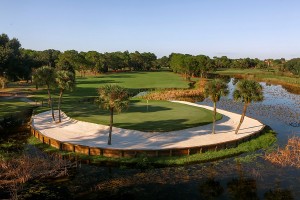 Golfers visiting Mission Inn Resort and Club have enjoyed the “100th Anniversary Golfers Getaway Package” so much that the destination golf resort, located just 35 minutes from Orlando in central Florida, is extending the offer into 2017.

The package is available throughout 2017, but in order to receive special rates (from 28% to 47% off regular pricing) the package must be booked by February 15, 2017.

The 100th Anniversary Golf Getaway package (two-night minimum stay) rates range seasonally from $171   to $232 per person, per night, based on double occupancy. Additional nights may be added to the package.

El Campéon — originally known as “The Floridan” — was one of the first in the state to feature grass putting surfaces rather than the oiled-sand “greens” common a century ago. It was one of only two courses in the state built to what was then considered the “regulation” length of 6,300 yards and quickly became a hot spot for vacationers and top golfers. Among its early guests were Ben Hogan, Patty Berg, Babe Zaharias, Arnold Palmer and trick-shot artist Joe Kirkwood.

Christened “El Campéon” (“The Champion”) by the Beucher family when they bought the resort in 1964, this special piece of golf Americana has been modernized to current playing standards while still showcasing the area’s natural beauty.

Unique to central Florida are the 85 feet of elevation changes on six holes of former rolling citrus groves and hardwood forests. El Campéon exceeds most players’ expectations having been rated No. 2 nationally in the most recent Golf Advisor.com player surveys. It is a true example of historic class and current quality.