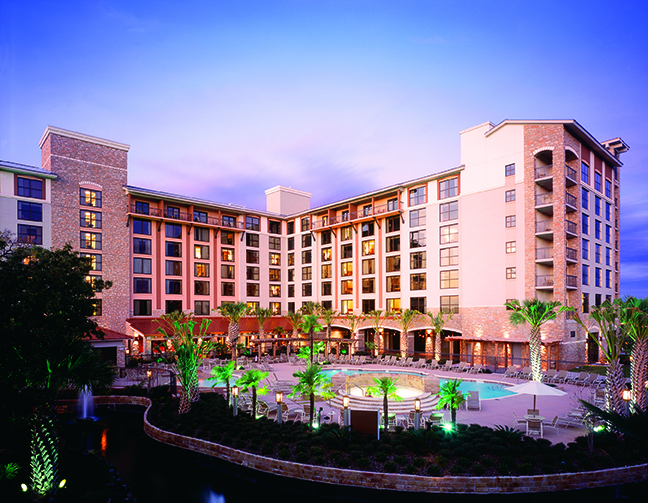 From chords to courses, a fine Swing & Song golf travel tune emerges from the Hill Country of Central Texas. Before scoring some tranquil time at the renovated Horseshoe Bay Resort, just 50 miles northwest of the city proper, the sharp spur will saddle up for a few days in diverse Austin, where you’ll find a rep beyond just the state’s capital city.

Known as “The Live Music Capital of the World,” Austin proves an audial and outdoor nexus, with all manner of stimuli to sate and serve visitors, from waterfront activities to tunes playing, well, seemingly everywhere.

Home and host to the annual South by Southwest (March 13-22, 2020) and Austin City Limits (October 2-4 and 9-11, 2020) festivals, the city is one of the country’s most unique cultural canvasses. A blue stamp in a red state, Austin matches a boom of headquarted tech companies, paired with one of the nation’s annual top-10 college campus enrollments at UT-Austin.

And the town is proudly weird.

To borrow from the Bard, a night out in downtown Austin’s drink and dine-laden Sixth Street is a Moveable Beast. People are everywhere: from boozy co-eds to strolling music lovers to football fanatics to hipsters, hippies, vagrants, vacationers, cowboys and Moms and Pops just out for a good time. Known to some as “Dirty Sixth,” as the clock turns toward the a.m. hours, there’s no shortage of mayhem to be found there.

But, amid the din, newcomers need know it’s among the most unique, head-turning mayhems the country has to offer, and Austin’s sounds, strums and song around every turn need be experienced.

For those seeking a slightly more chill amble, the up-and-coming Rainey Street is within walking distance of Sixth or—as the visitor will fast note—easily-accessible by electric rental scooter, a fun, easy, and slightly maniacal mode of transport.

Sporting a pair of thorough food truck courts (with a third soon on the way), Rainey is also amply bar-lined, though with a fresher flair and character, as several of the establishments have been converted from former residential properties.

Now for the swing after the sing: A 45-minute drive through Texas hill country, gently winding through comely mesquite, rock outcroppings, bramble and tucked-away wine vineyards, the winding path to Horseshoe Bay aptly sets the senses for wind-down resort time.

Recognized as a provenance for the region’s golf growth of the 1980s, Horseshoe’s 7,000-acre spread is home to four courses, with its most magnetic amenity being of the natural variety, as the property sits beside 21 miles of constant-level Lake LBJ.

Back in 2012, the debut of Horseshoe’s stellar, members-only Jack Nicklaus-designed Summit Rock Course raised the bar for property-wide enhancements. In late ’15, the resort set in motion a thorough renovation plan for upgrades to its trio of Robert Trent Jones, Sr. public plays.

Today, $95 million later, a full resort renovation has the property on the upswing, with all-new guest rooms, suites and superb lakeside Yacht Club serving a savory Texas Two-Step for the golfing Austin visitor.

“We see it a lot, with folks carving-out three or four days at Horseshoe; either capping the getaway off with a few nights in Austin, or hitting downtown on the front end of a trip,” says Anthony Holder, director of golf at Horseshoe Bay Resort. “And, up here, it’s a feeling of a slower, relaxed lifestyle; a place to enjoy time, but with all the modern comforts and amenities. With the renovation, just about every outlet, every area of the property has gotten some love and attention.”

From a play perspective, Horseshoe’s three publics received about $7.5 million of the renovation dollars, with improvements both aesthetic and tangible; most notably, segueing from the creation of Summit, all of the resort’s courses now roll with 007 bentgrass grass, a true rarity for the region.

“We certainly feel that it’s a nice marketing aspect for the property, in that you won’t find bentgrass with our main competition,” said Ken Gorzycki, director of agronomy at Horseshoe Bay. “Yeah, it’s a little more difficult and labor-intensive to maintain, but we think it’s all worth the effort for our guests and members.”

“When they had Robert Trent Jones, Sr. come out to design the courses, they chose him, as I understand it, because his style was less disruptive to the landscape and more about encompassing natural features,” said Holder.

The property’s original course, Slick Rock, debuted in 1972, and proves the most benign—and popular—of the plays.

“It’s the oldest of the courses, and the most traditional of the styles,” Holder says. “It’s a bit flatter, with large, protected greens. Still a challenge, with some fun holes. Slick gets the most play of any of our courses.”

“It’s what we call, ‘The Beast,’” laughs Holder. “Ram is considered one of the most difficult courses in the entire state; that’s the rep, even for pros. There’s some need to shape shots, and you need to be a long player to be able to take shortcuts. For the average-distance hitter, it will force you to position tee shots.”

More forgiveness is found on Apple Rock, which rounded-out the public tee sheet back in 1985.

“It’s a good combination of Slick and Ram,” Holder says of Apple. “It’s not as difficult as Ram, but it is our longest course, so if you tip-out at 7,000, it will give you a test. And, for the mid-handicapper, there are some great views to match with big greens and lots of bunkering.”

Travel tip: For the particularly driven player (say, the kind who may consider flying into Horseshoe’s own airport), it’s surely worth a word to try and get on Summit. Free of housing, sporting a gorgeous, natural flow and deserved of its lofty rankings by national and regions publications alike, the track is truly superior to its sister courses.

For those sated by the run of non-Summit plays (and, rest assured, they are quality), a Horseshoe visit in-full should pair golf days with some time on the water. Whether the trip style is of the Dudes, Couples or Family venture (the latter may be most recommended), the resort’s marina and Yacht Club scene match primo dining with a singular setting.

“With the sun going down over the lake, it’s as good as it gets,” says Holder. “It’s where I enjoy hanging out with my own family. It encapsulates that great view of the lake, with what we call ‘beach front’ properly, even though I guess it’s more lake front. We’ve got the pool with swim-up bar, and the huge hot tub.”

“We’re one of the only resorts that will let you bring your boat in when you’re staying with us,” says Zac Taylor, marina director. “It’s pretty common for a guest to come in, drop the truck and trailer with us, go check into the room, and we’ll load everything to the water for them.”

For family-style trips, Horseshoe makes it easy for Pop to go swing for a day while the youngsters enjoy some swim.

“We’ll have a lot of boat guest who go play golf,” adds Taylor, “and a lot of times, we’ll see golfers go head out and leave the kids here with us for tube rides.”

“Our fishing guide, his dad was our guide for a long time, so when you go out with our team, you’re pretty much guaranteed to come back with a whole sack of fish meat,” Taylor smiles.

From “weird” to wedge to water, this Texas tune is played in full with a two-step trip: going city mouse to country mouse flavors Austin in full, starting with the din of downtown singers and bookending the travel with Horseshoe’s ringer.