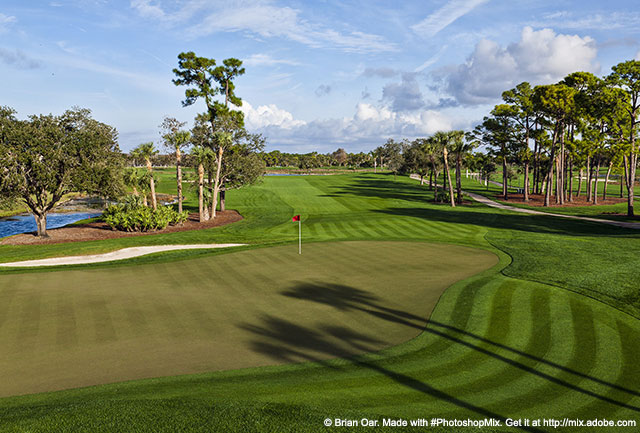 WEST PALM BEACH, Fla. (January 22, 2016) – Aptly recognized as Florida’s Golf Capital_¨, The Palm Beaches score a hole-in-one as a world-renowned golf destination. This February, many of the top professionals and golf enthusiasts will flock to The Palm Beaches as players from the Professional Golf Association of America (PGA) TOUR tee off at two highly-anticipated tournaments __Ò Allianz Championship and The Honda Classic __Ò held annually within the destination.

Additional events and activities will also occur at the resort, including the Tire Kingdom Pro-Am, Junior Clinic, After Play Concert Series and fireworks displays. Former champions, Padraig Harrington (2015) and Rory McIlroy (2012), are confirmed to participate in the 2016 edition of the PGA TOUR event. Tune in for full event coverage on The Golf Channel, Thursday, February 25 through Sunday, February 28 and watch the final rounds of the tournament on NBC, Saturday, February 27 and Sunday, February 28.

This year, Discover The Palm Beaches, the official destination marketing organization for Palm Beach County, has partnered with The Honda Classic to present a sweepstakes to give away a premier golf vacation experience as part of its new Walk Inside The Ropes promotion. One winner and a guest will win the opportunity to be a “Sunday Honorary Observer” and walk inside-the-ropes with the PGA competitors during all 18-holes of the final round.

To enter the Discover The Palm Beaches’ Walk Inside The Ropes promotion, visit www.palmbeachfl.com/honda-classic.

The Palm Beaches is home to more than 160 public, private and resort golf courses, including Boca Raton Resort & Club, The Breakers Palm Beach as well as The Honda Classic’s headquarters, PGA National Resort & Spa. Golfers at all handicap levels have ample choice of pro shops, teaching facilities and driving ranges, including the Junior Golf Academy, to improve their game. Swing a club alongside some of the world’s best, such as Rory McIlroy, Jack Nicklaus and Lee Westwood, who all call the area home.

The Palm Beaches’ more than four dozen public golf courses offer an authentic Florida golf experience, with access to pro-designed courses and low tee time reservation costs. Golfers can practice their swing at a variety of award-winning public courses, including Palm Beach’s Par 3, a world-class course with views of both the Atlantic Ocean and the Intracoastal Waterway. For parents who are sharing their passion for this sport with their children, The Links at Boynton Beach offers an executive length nine-hole family course.

Palm Beach County Golf Passport from $160
Golf enthusiasts looking to obtain the most out of their golf getaway can take advantage of the Palm Beach County Golf Passport. Available year-round, from $160 during May through December and from $240 January through April, the promotion offers six rounds of golf at five of the destination’s most unique public courses. Feel like a PGA pro playing 18-holes on Okeeheelee Golf Course, Osprey Point Golf Course, Park Ridge Golf Course, Southwinds Golf Course or nine holes at the John Prince Golf Learning Center. Passport holders will also receive a free bucket of balls and a “Bonus Coupon,” good for one free round at any of the five participating courses.

About the Discover The Palm Beaches
Discover The Palm Beaches, formerly the Palm Beach County Convention and Visitors Bureau, is the official tourism marketing corporation that promotes the collection of 38 cities and towns and 15 tourism districts spanning 2,000 square miles and 47 miles of pristine beaches from Boca Raton to Jupiter, commonly referred to as The Palm Beaches of South Florida. Tourism is among Palm Beach County’s major industries. It generates an annual economic impact of $7.3 billion in the local economy, produces $42 million in bed-tax revenue and lodging sales of approximately $623 million and supports more than 63,000 jobs.