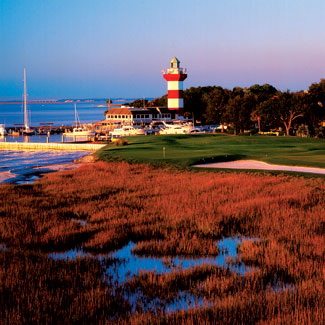 When you head to America’s great Southeast for a golf vacation, you’ll find not only incredible resorts stacked with unforgettable golf, but that vaunted Southern hospitality, too.

Let’s start at Fort Sumter near Charleston, South Carolina: The Civil War marks the darkest, most trying period in all of American history. It all began on April 12, 1861, when Confederate artillery opened fire on Fort Sumter. The Union army surrendered the fort less than two days later. Journey by boat into Charleston Harbor and experience the isolation and vulnerability that those soldiers felt when hostilities erupted. A bonus of the trip is a wonderful view of Charleston from the water. For more info, visit www.nps.gov/fosu/.

Middleton Place Plantation–Charleston, SC. Located 14 miles northwest of Charleston, Middleton Place Plantation was established as a rice-planting operation in 1741 by Henry Middleton. The Middleton family quickly rose to prominence in the Low Country and beyond. Henry went on to become president of the First Continental Congress. His son, Arthur, signed the Declaration of Independence. Subsequent generations have occupied the South Carolina statehouse and affixed signatures to the Ordinance of Secession. The Union army burned Middleton Plantation in 1865. Two decades later, the great Charleston earthquake destroyed many of the rebuilt structures. The spectacular gardens on the 60-acre plantation were restored in 1916. Visitors can now look into another era of the heritage of the Low Country. For more info, visit www.middletonplace.org.

The Heritage Classic in this golf-rich South Carolina island not far from Savannah, Georgia, continues to be one of the PGA Tour’s most popular stops.  After the pressure-packed drama of The Masters, golfers, media and fans look forward to  Harbour Town Golf Links, site of the annual event, which was designed by Pete Dye and Jack Nicklaus. It’s a tree-lined, quirky test that produces some of the most interesting shotmaking that fans will ever see. The list of champions includes Nicklaus, Arnold Palmer, Hale Irwin, Greg Norman and local favorite and five-time winner, Davis Love III. For more info, visit www.golfweb.com/tournaments/r012.

River Street–Savannah, Georgia. Stroll along the cobblestones on one of Colonial America’s most historic thoroughfares. When General James Oglethorpe sailed up the Savannah River from the Atlantic, he made camp here. Today, River Street is a bustling lane of art galleries, boutiques, candy shops and restaurants. History is never more than a few footsteps away. If you visit in the spring, check out the St. Patrick’s Day celebration. For more info, visit www.riverstreetsavannah.com. 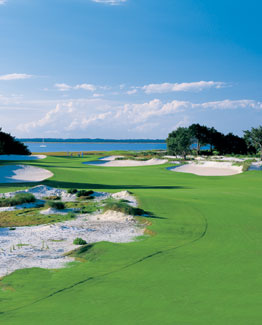 The Lady And Sons Restaurant– There’s no shortage of quality restaurants in Savannah, from the kid-themed Pirate House to five-star dining on the oak-lined boulevards. But the city’s best-kept secret is out–in a big way. The Lady and Sons Restaurant, owned by Food Channel personality Paula Deen, is a soulful homage to Southern cuisine with black-eyed peas, fresh green beans, creamy cheese grits and, of course, golden fried chicken and much, much more. And then there’s dessert. Pick up an autographed cookbook on your way out. For more info, visit www.ladyandsons.com.

St. Simon’s Island Lighthouse – St. Simons Island. It’s hard to imagine a time when St. Simons Island, a charming little community of artists, writers and other laid-back types, would have been considered “remote.” Of course, take away the five-mile causeway connecting it to the mainland, and it would be. The first lighthouse on this site went up in 1804 to help facilitate shipping between the mainland and the island. The Confederates later took it and burned it when they pulled out. The Lighthouse as it stands today was completed in 1872. It’s 129 stairs to the top, but the view is worth it.

The Cloister – Sea Island. Over the years, the Cloister has welcomed royalty, heads of state and top athletes and entertainers to its five-mile-long private island. In 2004, the famed hideaway hosted the G8 summit of world leaders. Opened in 1928, the resort’s golf courses, beach club, spa, riding stables and restaurants provide a rare escape from the pace and pressure of the “outside” world. Such luxury comes at a price, but visitors can stroll the grounds and dine in one of the hotel’s legendary restaurants or lounges. For more info, visit www.seaisland.com.

Millionaire’s Village–Jekyll Island — At the start of the 20th century, the isolated enclave of Jekyll Island was winter home to many of the country’s most wealthy industrialists. Social life centered around Millionaire’s Village, where the Vanderbilts, the Cranes, the Morgans, the Pulitzers and others maintained luxurious mansion getaways. Drift from home to home, admiring well-appointed gardens, sweeping ballrooms and magnificent views of the marshes of Glynn County, inspiration to poets for generations. The party at Jekyll Island ended during World War II, when German U-boats reportedly were spotted just off the island’s beaches. The state of Georgia later bought Jekyll Island, and the 240-acre Millionaire’s Village became a National Historic Site. For more info, visit www.nationaltrust.org.

Cumberland Island National Seashore–St. Mary’s When English settlers first came to the Georgia coastal region known as the Golden Isles, they discovered a string of barrier islands that stood between the open sea and the mainland. These islands were rich with timber and wildlife and featured towering dunes, freshwater lakes and miles of white beaches. To get a taste of what the early explorers found, board the National Park Service ferry in the quaint burg of St. Mary’s and take the short ride to Cumberland Island, the southernmost of Georgia’s barrier islands. Wild horses that descended from those early exploration parties still roam the island. 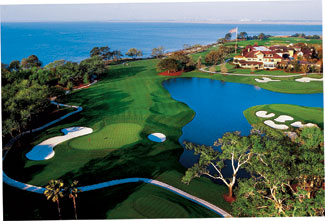 Okefenokee Swamp–Folkston. There’s more to Georgia’s coastal region than beaches. The Okefenokee (“land of the trembling earth”) Swamp, less than a half hour off I-95, is one of the most unique ecosystems in the United States. Canoe along still waterways and search for alligators. Take nature walks or simply enjoy the visitor center and learn about the plant and animal life in this beautiful 438,000-acre watershed. For more info, visit www.fws.gov/okefenokee/.

2. Sea Island Resort
Guests visiting Sea Island can choose from the outrageous Cloister, the ultrapremium Lodge or a private villa. All accommodations at Sea Island are luxurious, but the Cloister is in a class by itself.

4. The Westin Resort, Hilton Head
Another great option for golfers visiting Hilton Head, the Westin has three championship courses from which to choose.

5. Jekyll Island Club Hotel
Rated among the top 500 resorts in the world, the Club Hotel is as good as it gets.

1. Cougar Point Golf Club
Everyone thinks of the Ocean Course at Kiawah, but there are five tracks to choose from. This one is a favorite of those in the know. If you’re going to Kiawah, definitely make it your business to play the Cougar.

4. Pine Lakes
Recently redesigned by Clyde Johnson, Pine Lakes is considered by many to be the premier course on Jekyll Island.

5. Sea Island G.C., Plantation Course
Renovated by Rees Jones in 1998, this is a beautiful but challenging parkland design.

5 Things You Need To Know

1. Kiawah Is Right Near Charleston
Some travelers think Kiawah Island is an entity unto itself, but it’s really right near Charleston, SC. A great trip is to enjoy some golf on Kiawah, then drive over to Charleston and check out one of the most beautiful and historic cities in America.

2. The Golden Isles
Off the coast of Georgia there are a group of four barrier islands that make up the famed Golden Isles. Of the four, Jekyll Island, Sea Island and St. Simons Island are the ones you want to visit to play golf, as the fourth, Little St. Simons Island, is more or less private.

3. The Georgia Coast Is A True Golf Destination, Really
The Georgia Coast is more than 100 miles long and has a tremendous number of attractions and activities for the entire family to enjoy, as well as a ton of great golf courses. If you’ve never visited this part of the country, it’s time to plan a trip.

4. Hilton Head’s Got A Lot Of Courses
Hilton Head is obviously best-known for Harbour Town, but Harbour Town is actually part of Sea Pines Resort. The Hilton Head area has more than 30 golf courses to choose from, most of which are pretty darn good.

5. The South Is Charming
We’ve all heard this cliche, but believe it or not, it’s actually true. Even if you’re not a hard-core golfer, the people, food and natural beauty make it a worthwhile destination.