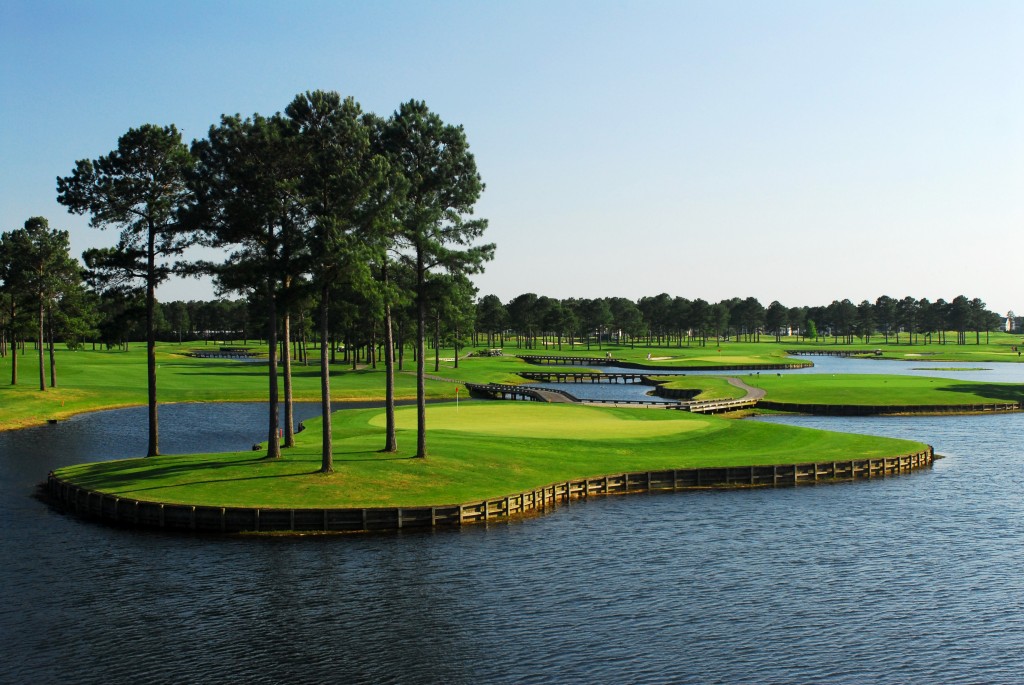 Mystical Golf – offering “Myrtle Beach’s finest 54 holes of golf” – announces this year marks the 20th anniversary of the opening of its acclaimed Man-O-War and Wizard courses.

Since joining Mystical Golf’s first course — The Witch, which debuted in 1989  — Man-O-War and The Wizard have formed a trifecta continually lauded by customers and major golf media. Designed by Dan Maples, the trio have been consistently recognized among Myrtle Beach’s “five best courses” and “best values.”

“Our customers always marvel about how The Wizard and Man-O-War are side-by-side yet offer two completely different golf experiences that are equally amazing,” says Claude Pardue, President and CEO. “For two decades golfers have returned year-after-year to enjoy what has become widely known as Myrtle Beach’s premier buddy trip destination.”

Perfect to enjoy playing at Mystical Golf during the summer until Sept. 7, the three-day Gold Package starts at $99 (per person, per day, taxes included).  Features include three rounds with cart on each of the much-admired Mystical Golf layouts (plus one complimentary round), three nights’ lodging in well-appointed three-bedroom villa (four beds), free iHOP breakfast daily (available 24 hours per day), and a gratis steak dinner at Logan’s Roadhouse (includes non-alcoholic beverages, taxes).

Additional package extras include two free beers and lunch at the course each day, complimentary daily range balls, instant replay round for cart fee only, and $15 gift card toward a golf shirt. Extra night stays are available at a moderate cost per person.

Offered during the same time span, the Silver Package starts at $89 (per person, per day, taxes included) and features all the highlights of the Gold Package except the complimentary round, daily breakfast and steak dinner. Both stay-and-plays offer one complimentary golfer for booked groups of 20 or more players.

Mystical Golf’s three layouts are highlighted by fun elements including the only back-to-back island greens in the game (Man-O-War), a front nine of dramatic holes weaving through secluded swampland teeming with wildlife (The Witch), and a splendid layout reminiscent of Scotland and Ireland’s classic courses complete with authentic sod-faced bunkering and castle-style clubhouse (The Wizard).