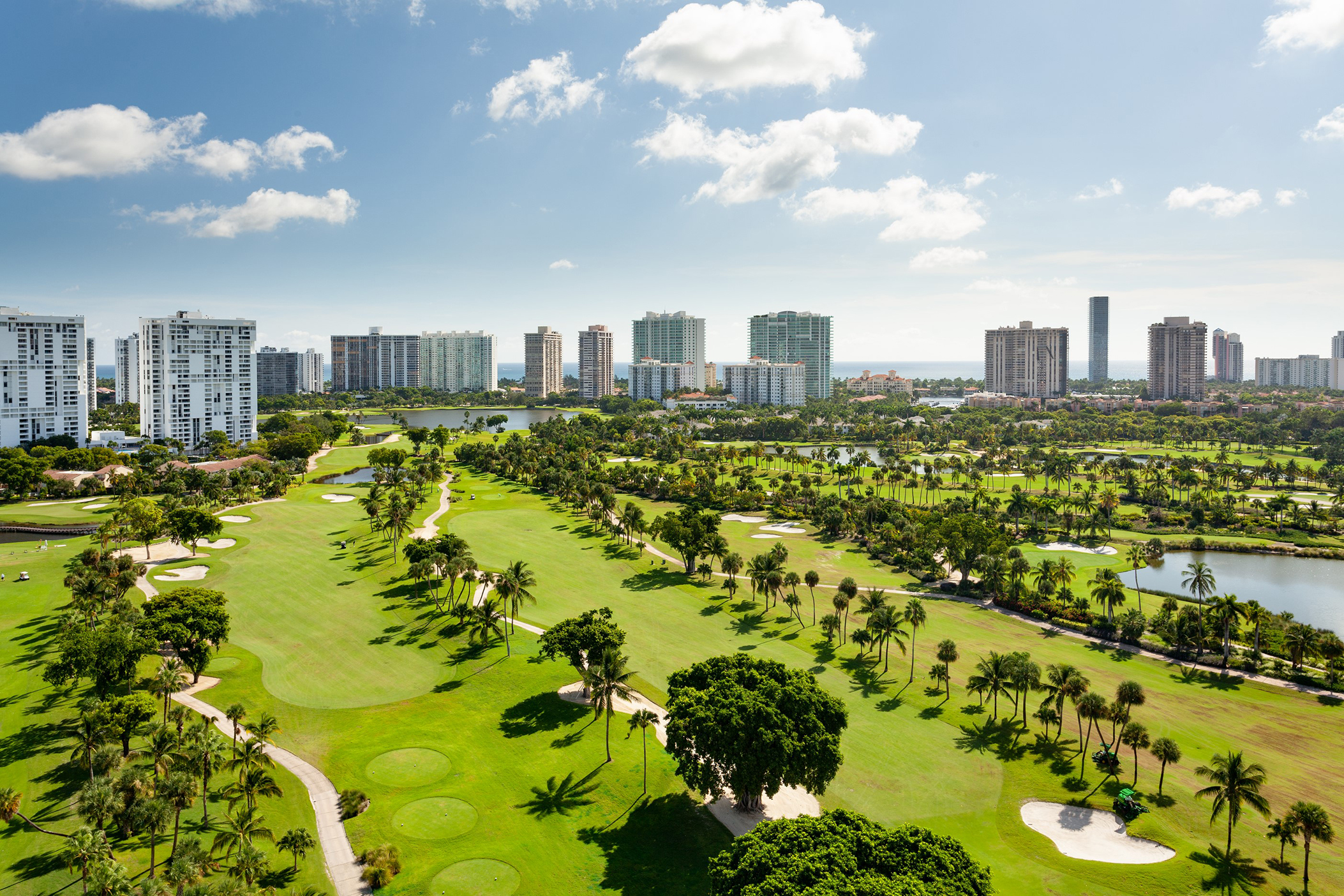 In the towering condo jungle of North Miami, there is a 300-acre oasis. The JW Marriott Miami Turnberry Resort & Spa, which has previously operated under other management flags, remains the centerpiece of North Miami’s trendy Aventura enclave, but now has new energy and amenities normally seen at properties twice its size.

There also are new membership options; a new lobby bar called Soff’s; and two new dining options – Surf House Bar & Grill and Freestyle – in addition to Corsair restaurant (home of off-the-charts brunches every Saturday and Sunday and some innovative beer pairings dinners) and celebrity Chef Michael Mina’s outstanding Bourbon Steak, which is one of the top steak houses in Florida.

A bit of history: Over the years, the 53-year-old resort – developed by a group led by real estate magnate Donald Soffer, who developed the City of Aventura – has been flagged as a Mandarin and a Fairmont property.

In 2012, then-Turnberry Isle Miami joined Marriott’s Autograph Collection. In December 2018 the resort officially became the JW Marriott it is today.

“The ‘JW’ brand has very loyal leisure and transient following, along with a meetings following,’’ said resort Director of Sales and Marketing Shane Allor. “So, we’ve seen a bit of a [rooms night] increase,’’ in the past year.

Under the luxury JW Marriott flag, Turnberry Miami has spent much of the past year-plus on marketing campaigns showcasing the new brand identity and amenities, which include its Miller and Soffer golf courses.

“Golf is big part of who we are here,’’ Allor said.

And JW Marriott Miami Turnberry certainly does golf as well as any resort in South Florida. The staging area for each course, for example, is a beehive of activity, but it’s always well-coordinated so as to avoid the “factory’’ feel of some of its competitors.

For the best golf experience at the resort, the idea is to play each course. But if you only can play one, make it the Soffer, particularly if you are a better player, as it requires some long carries from the back sets of tees and carries over water on some of the par 3s. The Soffer is as complete a golf course as there is in South Florida, from Miami-Dade County to Palm Beach County.

The multimillion-dollar renovations have given the resort a brighter look throughout, and Tidal Cove, which features seven slides that even adults find thrilling, makes JW Marriott Miami Turnberry one of South Florida’s more family-friendly destinations. Tidal Cove is accessible only to resort guests and club members.

Regardless of the flag, the resort has for the past several years been regarded as one of South Florida’s top spa destination. The two-story âme Spa & Wellness Collective Spa fits that bill with a 3,600 square-foot fitness center and a plethora of massage treatments that include a Deep Tissue Sports Massage and a terrific CBD massage. Both are great for golfers.