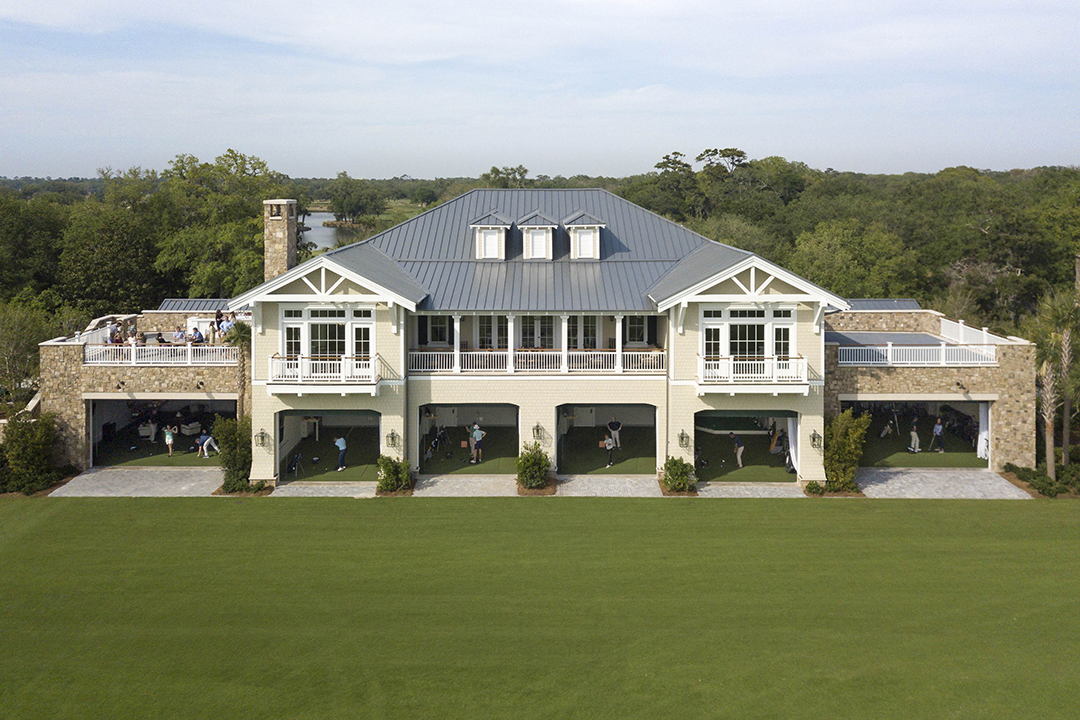 True to his Southern Gentleman personality, Lumpkin scoffs at the notion that he is a pioneer in the world of golf performance centers, but the truth is, the man known around Sea Island Golf Resort as “Mr. Jack,’’ is exactly that — a visionary who, like Love, Jr., was always looking for better ways to teach the game of golf.

In that regard, the new Sea Island Golf Performance Center opened this past May as a fitting tribute to the two men who helped shape Sea Island as a world class golf destination.

“I had a little input,’’ on the new 17,000 square-foot Golf Performance, said Lumpkin, a legendary teacher of such noted PGA Tour stars a Davis Love III and Loren Roberts who serves as Sea Island’s Senior Director of Instruction. “All of the instructors shared their ideas. Craig Allan (Golf Performance Center Manager) was the one who really sold it to the [Sea Island] Company.

“I did have a lot to do with the original building because I built it. At the time there was nothing comparable. We needed to do something for our students during rainy days to help, entertain and educate them at the same time. We needed meeting rooms and ball-striking rooms, too, so it was all kind of put together out of need and necessity.’’

In addition, the Plantation Course, currently being renovated by Love III’s design group, will re-open later this fall as an outstanding complement to the fabled Seaside Course, built in 1929 by Harry S. Colt and Charles Alison.

The new Golf Performance Center, located behind and just a few yards away from the original center (that will be reshaped into another cottage complete with a hitting bay) is the centerpiece of the new amenities — and solidifies Sea Island Golf Resort’s reputation as one of the country’s great places to learn and play the game.

That reputation, of course, is thanks in large part to Lumpkin and other instructors, including putting guru Phil Kenyon and Director of Fitness Randy Myers. Each has his own space at the new Center. For example, two indoor putting studios for Kenyon and an extensive exercise room with outdoor patio for Myers.

“We think the new Center is going to be as good as anybody’s,’’ Lumpkin said. “Hopefully people will want to come.’’

No doubt they will come, but with all of the Center’s technologies and toys, begs the questions, when does a student (or teacher) reach techno overload?

There is no better person to answer than Lumpkin, an avowed “old school’’ instructor who has embraced 21st century teaching technology.

“I use video and Trackman (launch monitor) but for specific purposes,’’ he said. “Some teachers won’t teach without a Trackman. They use it for everything from face angle to ball spin.

“A lot of times when I’m working with Tour players, we are working on distance control. We will work on Trackman simply for that alone. We might then work on trajectory or spin. But I don’t think I have to have it to deliver a good lesson.’’

Indeed. The mark of a good teacher — or in Lumpkin’s case, a great teacher — is figuring out how his or her student learns best.

“Some (students) are very analytical and want all those numbers,’’ Lumpkin said. “Then there is the student who plays totally by feel. So as a teacher, you need to put the person in a place he or she can learn the most. After all, that’s what it’s all about.’’

And that’s what the Sea Island Golf Performance Center delivers.