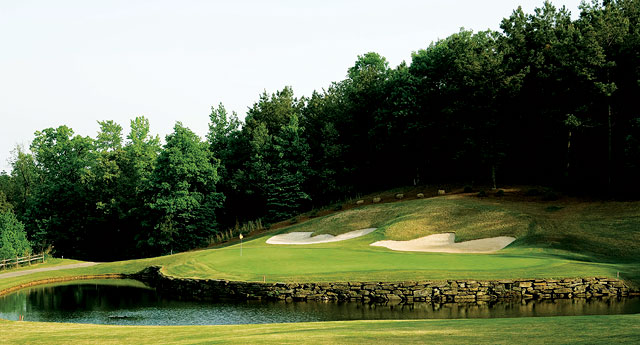 While historians today credit Leif Ericson with the European discovery of America (Leif Ericson settled present-day Newfoundland over 1,000 years ago), modern European exploration, of course, is traced to Christopher Columbus. Originally looking for a route to India–and a potentially lucrative spice trade–Columbus instead stumbled upon the Bahamas. His discovery in 1492 for the Spanish crown was followed up by another more aggressive voyage in 1493. Other explorers soon followed, and the rest, as they say, is history.

When American history is discussed, those early Spanish and Portuguese explorers don’t enter the conversation very much, so it might come as a surprise to some readers that, unlike Columbus who never stepped foot in what’s U.S. soil today, many Iberians did. In particular, a conquistador in a shiny helmet named Hernando de Soto who searched for gold in today’s southern states. He didn’t find any, but nearly 500 years later, there’s another kind of jewel in the region: golf.

Located 55 miles southwest of Little Rock, Hot Springs Village is America’s largest gated community and boasts nine golf courses, each with a name that conjures up images of early European exploration. Three are ranked in the state’s top-10 list, and what’s even better is that the private community has recently opened its doors to the public. And there are numerous specials designed to entice a new crop of golfers. So go on, conquer the south.

All nine of Hot Springs Village’s courses were designed by Tom Clark with the most recent, Isabella, completed in 2006. Golf Digest ranked three (Diamante, Isabella and Granada) in Arkansas’ Top 10. Granada is the most scenic track, while Diamante hosted a Nationwide Tour event for four consecutive years. New to the game? Try the executive-length Coronado. Measuring just 3,902 yards, this bunkerless course is fun for newbies and anyone who needs to hone his or her short game.

A limited number of one-year memberships are available for interested parties who don’t live at Hot Springs Village. For just $535 per couple or $275 per single, participants can use the eight golf courses, tennis courts, fitness facility, outdoor and indoor pools, eleven lakes and more. For more information, email membership@hsvpoa.org.

(Cart and range balls included on all three deals.)

Member for a Day
Once a month through July 21, 2012, take advantage of this special. Be a member of Diamante, Hot Springs Village’s private club. Starting rates at just $55 per person include cart and range balls. Reservations may be made only five days in advance. Call (501) 922-4191 to schedule your tee time.

A Golfer’s Dream
Enjoy a day on the links in Hot Springs Village. Golf cart included. $59 for morning play, and $49 for afternoon play. Available only on the Balboa, DeSoto, Magellan and Ponce de Leon Golf courses.

Visit the community’s new website, hsvgolfing.com to learn more about Hot Springs Village’s nine courses and how you can take advantage of them. While there, sign up for their Golf Flyer that lists specials and rates.