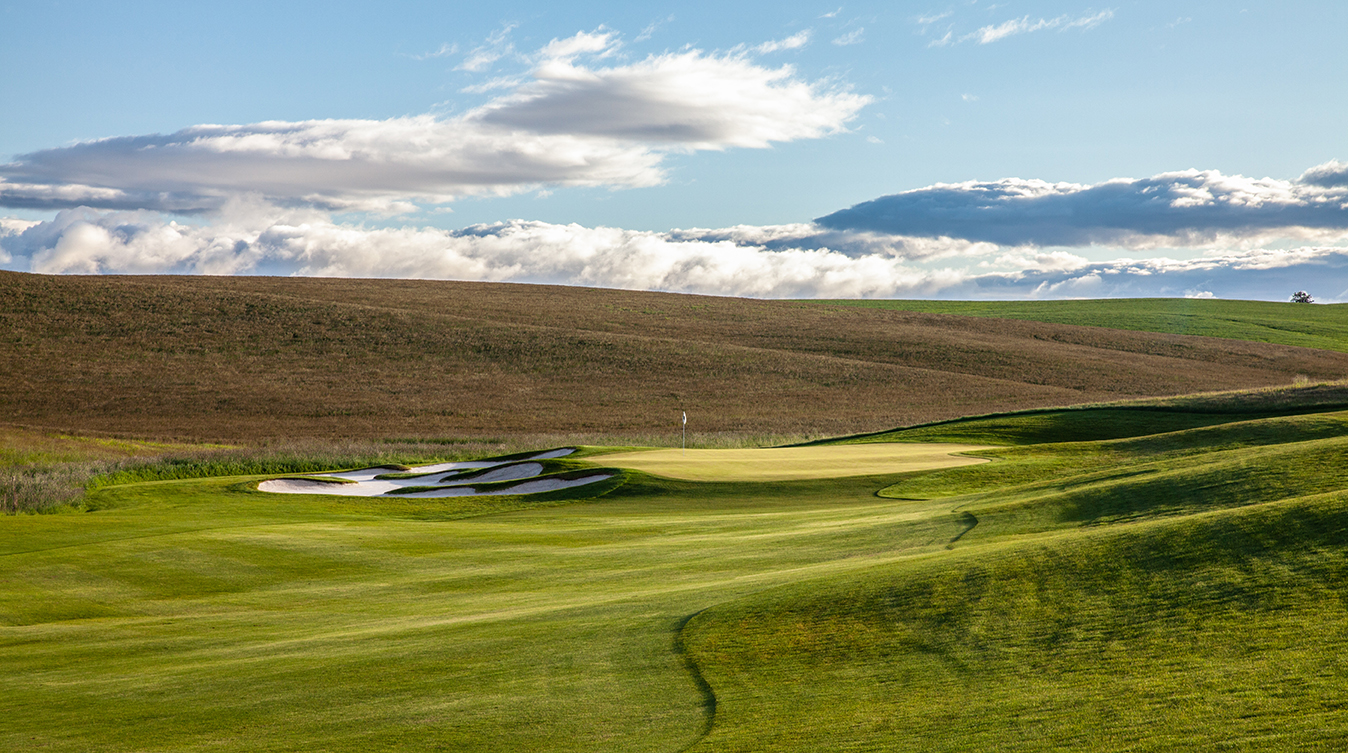 [Not a valid template]That journey begins with a bang — a cape-style par 5 swooping around reedy wetlands. It’s reachable in two from every set of tees, especially when the prevailing southwest breeze is up, but only if the drive is properly drawn off the fairway bunkers guarding the landing area’s right side; 3-wood isn’t a bad play as it’s usually easier to turn over.