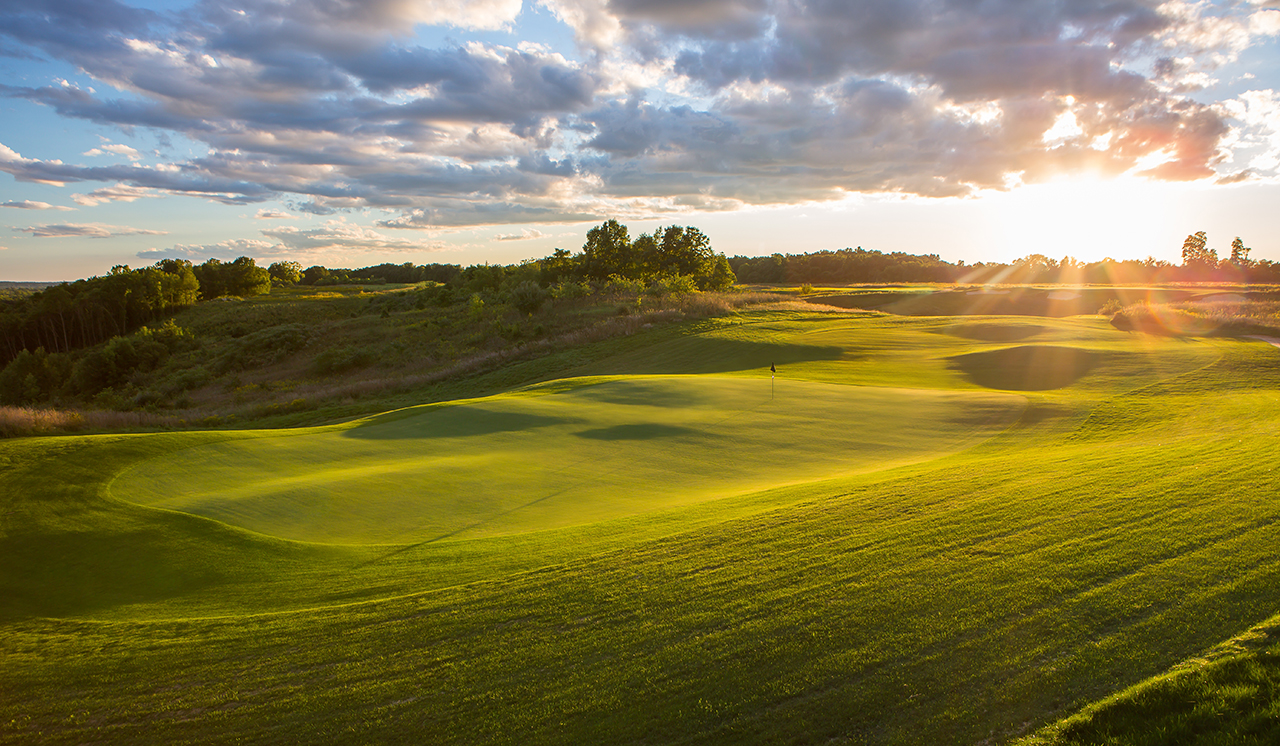 Gull Lake View Golf Resort remains one of the largest family-owned resorts in the U.S. and now, with one of the most talked-about new golf courses in country, the venerable destination looks excitedly toward its next generation.

Brian Schneider, Eric Iverson, Don Placek and Brian Slawnik, senior associates for Renaissance Golf Design of Traverse City, collaborated with Gull Lake View owners, the Scott family on the acclaimed new Stoatin Brae course, a magnificent design situated on a picturesque bluff overlooking the Kalamazoo River Valley that marries classic links-style playability with architectural elements from golf’s golden design era of the 1920s and 1930s to create stunning and unforgettable golfing experience. Oh, and by the way, you can play it for just $59 at twilight!

Stoatin Brae is destination golf at its finest and now, as the sixth course at Gull Lake View, makes one of the Midwest’s greatest “value” resorts for families and buddies’ trips an intriguing vacation option for the golfing purists and golf architecture aficionados alike. With some of the most plentiful and affordable quality golf in the region, it’s no stretch to call Gull Lake View “The Golf Resort of the People.”

Historically speaking, put down Gull Lake View Golf Resort for a four. Sure, four stars out of four for the family-owned resort in aptly named Augusta, Michigan, near Kalamazoo.

Though in this case, the reference is to a fourth generation of the Scott family, Alex. He is studying turfgrass management at Michigan State University and has worked at Sand Valley in Wisconsin and is now out at Gamble Sands in Washington for some serious hands-on golf experience to bring home to the family business.

“He will become a bigger part of the business here,” said Jon Scott, his father and the third generation of the family to steer what started with 18 holes of golf in 1963 and has expanded to 108 golf holes in an award-winning full-service resort community with popular villas, restaurants and real-estate development.

“My grandpa, my dad, me we’re really dirt guys, but we’ve always looked at the big business picture,” Jon Scott said. “We’re grooming another dirt guy. There is just some gene in us that loves golf and dirt. My kid loves working on a golf course, like I do, like my father did and grandpa did and a lot of others in the family, too.”

Jon said the family has taken that love of golf and working on golf courses and coupled it with the capacity to continually reinvest.

“We don’t take out, we push back in and make sure there is something for tomorrow,” he said. “We don’t just try to benefit from today. It’s been our family perspective over the years. Grandpa started it all. My father was an artist, and I don’t think gets enough credit for what he added, and I’ve tried to make an impact and my son will make an impact in his way.”

Gull Lake View has impacted golf in Michigan since ’63 when Darl Scott, an entrepreneur at heart and golf course superintendent by trade, decided to build and open his own public golf course.

“It comes from Grandpa, always having something going on,” said Jon, who is the son of Charlie, who took the mantle of leadership from his father Darl.

“We don’t mind a little work or getting our hands a little dirty.”

As the story goes, Darl and his wife Letha worked hard, and Gull Lake View grew. Then Charlie and Jim, two of their three sons, directed the family golf business into the next generation where Gull Lake View continued its growth. Charlie has retired, though he still lends a helping hand as the mantle of leadership has been place on Jon’s shoulders.

“I love this place, my dad loves this place, and if you know our family you know this is not just how we make money, it is who we are,” Jon said.

The Scott family, seemingly ever expanding its friendly, welcoming golf community, opened a sixth golf course in 2016. Stoatin Brae, which means Grand Hill in Scottish Gaelic, is the name of the course that marked a departure from the normal pattern of growth at the resort while at the same time reminding the family of previous decisions.

“When Grandpa decided to build his own golf course that was certainly out of his comfort zone, and as we’ve expanded over the years, we have pushed those limits that others see,” Jon said. “What we have at Stoatin Brae is different, very different in the kind of course and how it compares to the others we have here because we did not design it ourselves.

“But in doing it, forging ahead with it, it is consistent with what our family has done from the beginning. We’re giving more to the golfer, our customers, giving them more reasons to come play golf here, another way to have fun.”

Stoatin Brae is only the second course of the six that is not designed by the talented family with landscape architecture backgrounds. It is also a dramatic departure from the current five courses, including four designed by either Darl, Charlie or Jon, or in combination. Those courses cut naturally through the trees and hills on the area’s rolling land carved by the glaciers of long ago.

Stoatin Brae offers views for miles over natural undulations and reestablished prairie grasses, and the wind is seemingly always in play.

Jon said Stoatin Brae is among other things an effort to reach the world’s travel-minded golfers who seek destination courses that offer exciting new adventures. “This site is unique for us, and we decided it was best to add something different,” Jon said.

The resort’s lineup of courses currently includes the Gull Lake West course, the East course, Stonehedge South, Stonehedge North all very near the main resort campus, as well as Bedford Valley near Battle Creek, which the family purchased in 1988. Bedford Valley is a popular parkland William Mitchell design, which blends well with the designs of the family.

“We’ve always been willing to evolve,” Jon said. “We’ve always listened to our customers. We’ve always tried to attract new customers, tried new things. Dad building courses and teaching me, Stoatin Brae, our programs, everything we do, fits within our big picture.”

In that big picture, Jon can’t wait to see the reaction of golfers this summer to a more mature Stoatin Brae.

“People coming back will see a different course,” he said. “It has softened up and is really starting to hit its stride. We found out last year that people found it better. That’s only going to continue. We work to make things better. That’s how we try to do everything around here. It’s the family business.”