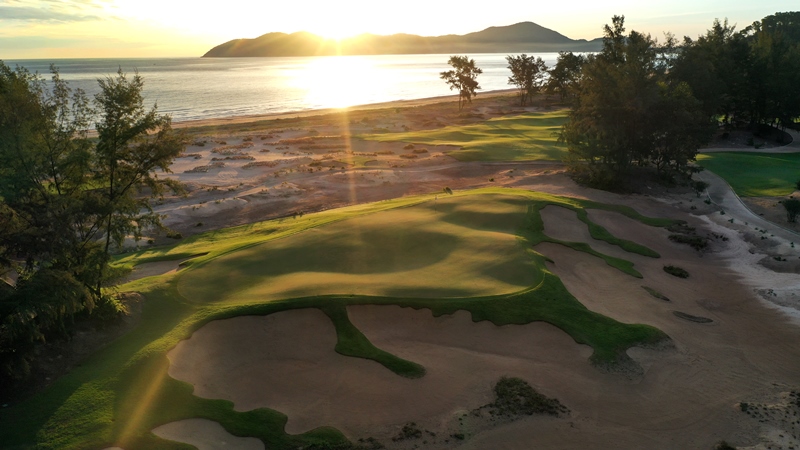 Golf courses all over Asia are often anchored by a great hotel. Until now, however, no club could boast of having not just one, but two of the region’s highest rated resorts within a well-struck iron shot of the clubhouse. Such a scenario has just come to pass at Laguna Lang Co in Central Vietnam.

Angsana Lang Co and Banyan Tree Lang Co were both ranked among the top 20 resorts in Asia, as recognized by Conde Nast Traveller’s Readers’ Choice Awards.

The resorts are part of a wider integrated property—one of Asia’s most expansive—that also encompasses Laguna Golf Lang Co, a signature design by Sir Nick Faldo that is rated as one of Vietnam’s finest golf tests.

Angsana Lang Co, which commands an extended beach frontage and features 229 stylish suites, more than 100 of which come with their own private pools overlooking the East Sea, was ranked at No. 2 on the list. Banyan Tree Lang Co, a multi-award-winning all-pool villa resort, meanwhile, was rated No. 13 in Asia by readers of the publication, regarded by many as the world’s leading authority on luxury travel.

“That travellers, particularly those who read one of the world’s preeminent travel magazines, have recognised Angsana Lang Co and Banyan Tree Lang Co as among the best in Asia is incredibly exciting and is testament to our efforts to put the overall experience first,” said Adam Calver, Director of Golf at Laguna Lang Co.

“Not only is it a boost for tourism in general in Central Vietnam, it’s also really good news for golf tourism in this part of the country,” he said. “It’s very rare that you can play golf on one of Vietnam’s best courses and then take your pick of two of the best resorts in Asia just a couple of hundred yards down the road.”