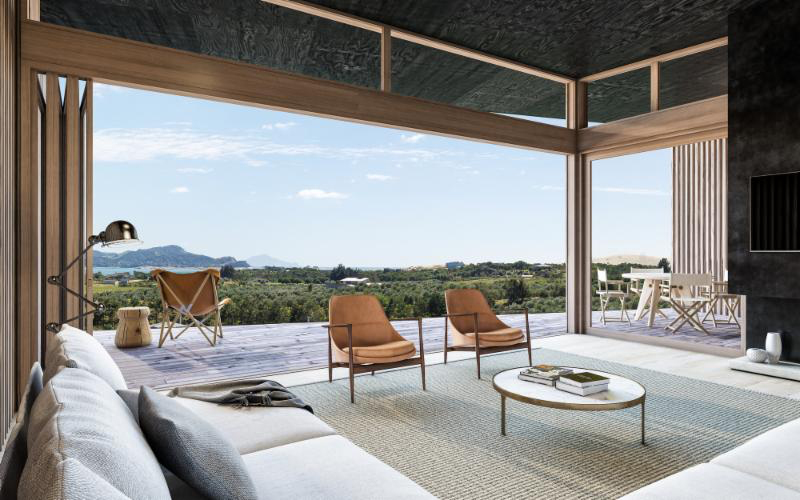 While ripples emanating from the U.S. presidential election continue to influence events inside and outside the world’s largest democracy/economy, Jim Rohrstaff can only shrug, smile and acknowledge his adopted country’s good fortune. Rohrstaff is the American co-owner of Legacy Partners Ltd., an Auckland-based brokerage that handles high-value real estate properties across New Zealand, including golf’s reigning links sensation, the Tom Doak-designed Tara Iti Golf Club.

Donald Trump’s victory on Nov. 8 may have broken the Canadian immigration department website, but traffic was no less heavy in New Zealand, a country even more notable for its economic and social stability. On Nov. 9, Immigration New Zealand (INZ) Marketing Manager Greg Forsythe told the BBC that U.S.-based web visits to the INZ portal had spiked by 4700 percent. Actual registrations for visas more than doubled.

One month post election, Rohrstaff’s phone, and that of his partner, Michael Pleciak, have not stopped ringing.

“I think the New Zealand immigration folks have seen a calming, but our office — the email and website traffic — has not,” Rohrstaff says. “New Zealand’s popularity as a both a tourist destination and place to live and invest in property has been solidly on the upswing for a decade. Drop-dead gorgeous. Unending coastline. Stable, entrepreneurial economy. Strong rule of law… But this election was particularly dramatic and divisive. It motivated people across the political spectrum, as did the Brexit vote [held on June 23, 2016], to stop admiring New Zealand in some abstract way and get serious.”

Pleciak, a native Kiwi, doesn’t discount the effect of U.S. elections, nor Brexit: “The cultural and linguistic ties between the U.S. and New Zealand, between the UK and New Zealand are obvious,” he says. “But I’ve been working in the high-end luxury property business here for 10 years, and in the last 12-18 months we have experienced a quite remarkable increase in the number and quality of people coming here — not to visit but to invest and be part of the culture.”

Sub-tropical Auckland, New Zealand’s largest metropolitan area (and routinely ranked among the world’s most livable cities), is the hub of this interest. To meet demand, United Airlines and American Airlines both inaugurated daily non-stop service to Auckland from Los Angeles and San Francisco this year. In May, Air New Zealand added daily non-stops from Houston.

According to the Real Estate Institute of NZ (REINZ), 2016 has been a record-setter for luxury residential property sales volume in Auckland. REINZ classifies “high-end” as NZ$10 million or higher. As Pleciak confirmed, the Auckland residential market has seen extraordinary activity on the high end this year, including a NZ$32.5 million sale (approximately US$23.5 million), and a NZ$18 million sale — to an American buyer.

Tara Iti GC and its real estate component, Te Arai, are located just 100 kilometers from Auckland — about an hour’s drive (or 18-minute helicopter ride) to the northeast. Rohrstaff, a native of Kalamazoo, Mich., who cut his teeth in the golf real estate business in Southern California, has been living in New Zealand with his family since 2014. His apolitical reaction to all this immigration and property interest is straightforward: What took everyone so long?

“When it comes to a winter golf destination or residence, North Americans understand they must go south,” he says. “But they ignore the fact that in, say, Palm Springs or Florida or the Caribbean, the sun goes down every day at 4:30 p.m. To effectively chase the sunlight, they need to keep heading south, and west. Here in the Southern Hemisphere, Christmas is pretty much the longest day of the year!”

Designed by Tom Doak, Tara Iti GC is nestled in a natural dunescape south of Mangawhai. Opened in October 2015, it quickly captured the attention of links aficionados, course raters and property investors worldwide. Only 20 of 46 housing lots have been released thus far; according to Rohrstaff, all 20 are spoken for, meaning design and construction of homes is now underway — along with a series of chic guest cottages whose modernist designs (courtesy of Auckland-based architect John Irving) have already set Kiwi architectural circles atwitter.

Rohrstaff reports the next phase of real estate at Te Arai will feature finished homes in a section of the property dubbed Sandhills. That release will take place in early 2017. These custom-built homes will sit on lots slightly smaller than 7 additional beachfront home sites to be released in 2017, each measuring between 2.5 and 5 acres in size.

“There are two overarching components at Te Arai, one centered on these beach sites and another featuring custom-built homes in the Sandhills,” he says. “All told, we have 11 kilometers of pristine shorefront here and 1,300 hectares of freehold land. That’s an extraordinary lack of density, especially at beachfront. In terms of shore access, privacy and sheer beauty, these home sites honestly have very few comps anywhere in the world. The most apt comparison would be the Hamptons, but a lot closer to the city, at a fraction of the price.