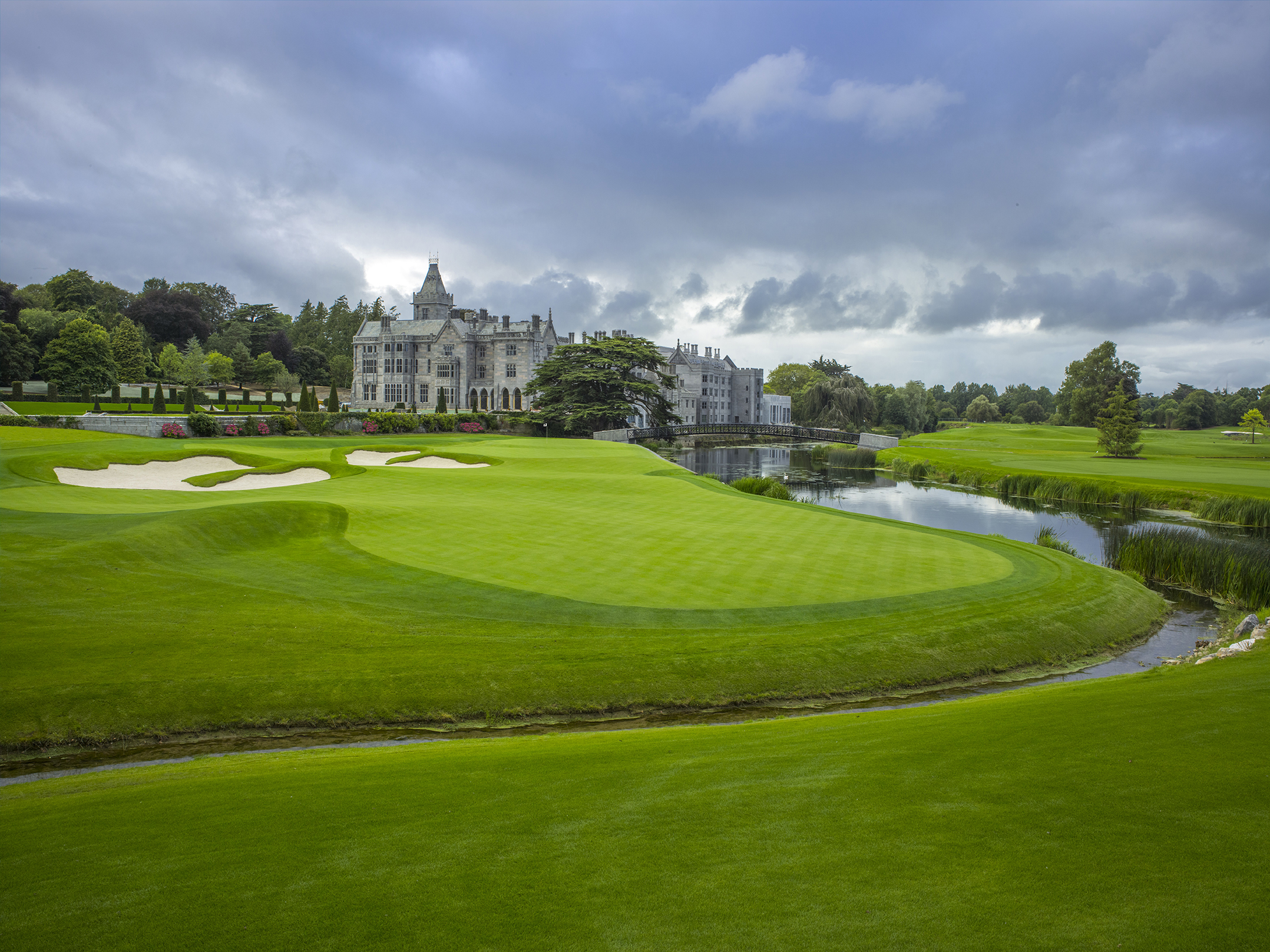 Irish golf is set for an extended spell in the golfing spotlight following Shane Lowry’s Open Championship victory, with the announcement of Adare Manor as host venue for the 2026 Ryder Cup.

Since reopening in April 2018 on completion of a two-year reconstruction commissioned by its owners, the McManus family, The Golf Course at Adare Manor has been propelled to global recognition by a host of well-wishers.

The property has been an immediate hit with industry figureheads and top players alike, each rich in praise for the Tom Fazio design and, in particular, its pristine condition. In its first eighteen months of operation, Adare Manor has collected numerous global accolades, capped off with confirmation of its Ryder Cup host venue status.

Adare Manor will continue a run of new venues for the event. The 2020 Ryder Cup will be contested at Whistling Straits (Straits Course) in Kohler, Wisconsin; the 2022 Ryder Cup is slated for Marco Simone Golf & Country Club in Rome, Italy; and the 2024 Ryder Cup heads for Bethpage Black in Farmingdale, New York. It has come to Ireland in the past, to the K Club near Dublin, but this is its first foray to the golf-rich southwest part of the island.

“I am delighted that the prestigious Ryder Cup will return to Ireland,” said JP McManus, owner of Adare Manor. “Noreen and I are very happy that Adare Manor was chosen as the venue for this world-renowned tournament in 2026 and we look forward to welcoming our worldwide visitors.

“It is a wonderful tribute to the many great Irish golf ambassadors and success stories Ireland has had in golf over the years and a nice follow on from Shane’s momentous Open win on Sunday in Portrush.  The nation was behind Shane, it was a great achievement and very well deserved.

“I am confident that the people of Ireland will get behind The Ryder Cup and take the opportunity to showcase Ireland on the world stage and ensure that the 2026 Ryder Cup will be an outstanding success.  I hope the many tourist, golfing and business organisations will work together to identify all the opportunities for the benefit of The Ryder Cup tournament, the Irish economy and across the southwest community.”

The announcement was made today by Ryder Cup Europe, which unveiled its partnership with the Irish Government and described the positive economic outcomes The Ryder Cup will yield by amplifying Ireland’s distinct golf tourism offering. Hot on the heels of the return of The Open Championship to the island of Ireland, and the extraordinary achievement of national hero, Lowry, the exceptional feats of golf in the region show no signs of abating.

“Adare Manor is a world-class venue, both in terms of the golf course and the wider resort facilities,” commented Guy Kinnings, European Ryder Cup Director. “We could not be happier to be able to take golf’s greatest team contest back to Ireland and are delighted that Adare Manor will be the venue to showcase the next chapter in Ireland’s Ryder Cup story in seven years’ time.”

Adare Manor is already familiar to some of the world’s best players. The 2020 Ryder Cup Captain, Padraig Harrington, was consulted on the design of the golf course, providing player insights to Tom Fazio and his team. To celebrate its re-opening in April 2018, Lowry and Harrington were joined by four-time Major Champion, Rory McIlroy, and former Ryder Cup Captain, Paul McGinley, for a charity exhibition match. In addition, The JP McManus Pro-Am, the most illustrious event of its kind, has visited Adare Manor on two occasions and will welcome a star-studded cast from both sides of the pond, including Tiger Woods, John Rahm, Justin Rose, Dustin Johnson and Phil Mickelson in July 2020; an opportunity for Ryder Cup hopefuls of the future to get to know the golf course.

Mr Colm Hannon, Adare Manor CEO, said: “We could not be more honoured to be successful in bringing The Ryder Cup back to Ireland and to Adare Manor. Today’s announcement is extremely humbling for all of us and my heartfelt thanks and gratitude go out to all of those who have played their part in the Adare Manor story so far.”