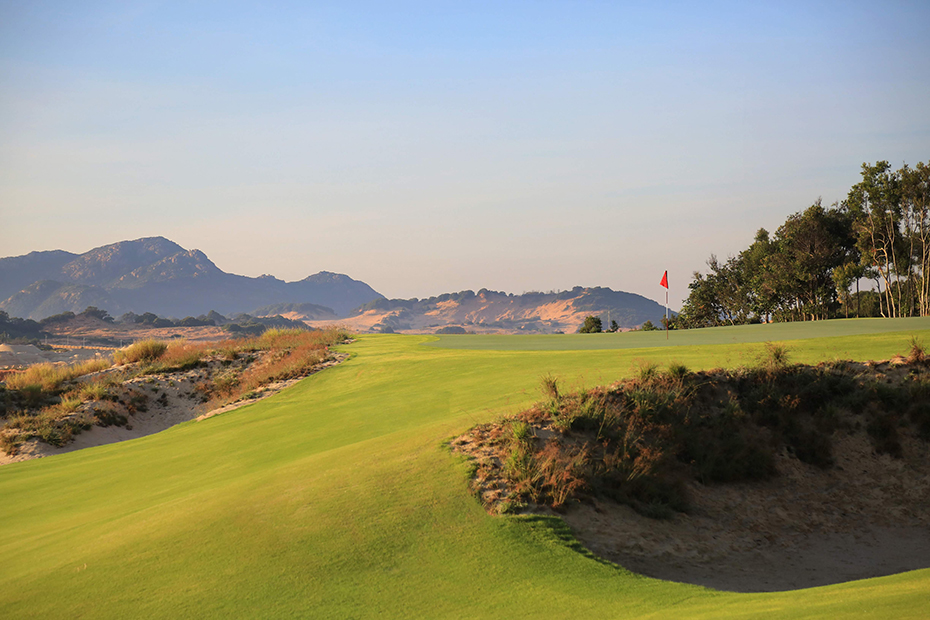 When KN Golf Links Cam Ranh opens on Vietnam’s south-central coast this fall, it will mark the third Greg Norman layout in a country that 10 years ago didn’t possess a single one.

But a lot can happen in a decade, and a lot has in Vietnam, which is now widely considered the premier golf destination in all of Asia thanks in large part to the influx of brand-name courses that have opened since 2008.

The Shark’s first two tracks in Vietnam — The Dunes at BRG Da Nang Golf Resort and The Bluffs at Ho Tram — are undoubtedly among the best of recent vintage. One need only peek into each club’s trophy case for evidence.

How will KN Golf Links Cam Ranh fit into the mix? Splendidly, according to the architect.

“I think they complement each other very well,” said Norman, who has several other projects in the works in Vietnam. “The course in Danang is probably the most player friendly. The Bluffs is dramatic, with really big sand dunes. And KN Golf Links is the best from a playability standpoint. It will appeal to a wide range of players.”

Here’s a closer look at the terrific triumvirate …

The Bluffs at Ho Tram

The most acclaimed course in Vietnam might just be the best in Norman’s entire design portfolio, which now exceeds 100. Set among massive sand dunes on a mostly undeveloped piece of coastline not far from Ho Chi Minh City (Vietnam’s commercial capital), The Bluffs scores big on location.

But give the iconic Australian credit too; he let the twists and turns of the rugged property dictate much of the links-style layout, which Sergio Garcia called “spectacular” after winning an Asian Tour event there in 2015.

MORE ON THE BLUFFS AT HO TRAM

Norman’s first creation in Vietnam is still one of the nation’s finest. Opened in 2010 on a stretch of central-coast beach that was a popular R&R spot for American GIs during the Vietnam War, the course wouldn’t feel out of place in, say, Scotland. It plays hard and fast and wind is always a factor.

But make no mistake: Between the average temperature of that wind (warm) and what still resides behind the 16th green (a weathered, war-time pillbox), you’ll know you’re in ‘Nam.

Scheduled to debut in September, the next links-style Norman experience sits at the southernmost end of a long and gently curving sweep of exquisite white sand that is fast becoming the setting for some of Vietnam’s top luxury hotels. The course itself dips and dives through wild, undulating terrain and offers a number of remarkable viewpoints.

“The scale and topography of the property here lends itself beautifully to a great variety of golf holes,” Norman said during a site visit in March 2018. “There’s a lot of up and down and natural contouring to the course, so you get these sensational visuals from tee boxes especially and really cool run-off areas where the ball can roll and turn.”