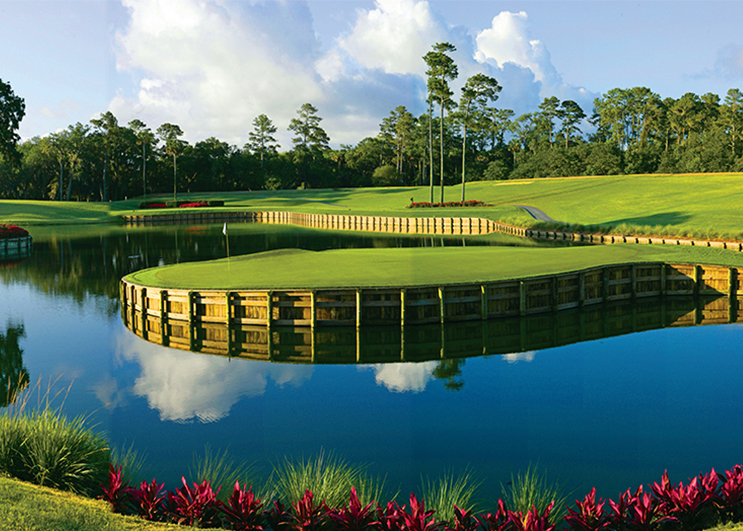 All is right with the golf world, at least for this week. The Players Championship is back in March, where it belongs.

And the 17th hole of the Stadium Course at TPC Sawgrass is as famously perplexing, as mini-mega menacing, as ever.

Is there a par 3 in the world — outside, perhaps, No. 12 at Augusta National — that screws with the Tour player’s skull more than this pint-sized puzzle?

Sure, the media does its best to pump up Pete Dye’s signature hole (whose design was actually suggested by his wife, Alice, God rest her), but the big boys succumb to their own mind games when they step up to that tee, mixing the expectations of millions with club selection second-thoughts (especially when that pin is way up front or way in the back) and their out-of-character fears.

I love it. It’s fun to watch these supposedly bullet-proof dudes sweat over a little ol’ flip wedge. It humanizes them.

For the record, the only time I’ve played the Stadium Course, in 2004, I stopped the knocking in my knees to reach the island green safely with a 9-iron, then two-putted for par. I remember it like it was yesterday, testament to No. 17’s petite yet enduring power.

But let’s talk about the truly scariest hole among the half-dozen or so Stadium Course Dye jobs that qualify for the honor: No. 18.

To my mind it has derailed just as many Players Championship rounds as its predecessor (Sergio’s infamous meltdown notwithstanding), and also provided an opportunity for redemption, as with Adam Scott’s win, as the youngest-ever champion, way back in 2004. He drilled that final uphiller to save bogey and take the title, but many, many others have drowned their hopes on that crescent-shaped killer.

When I played it, I bailed out on my drive, finding the right rough; pulled my second shot into the bunker left of the green (avoiding the watery grave so many of the world’s greats have found over the years); and blasted out for a two-putt bogey.

Then I allowed myself to take a breath.

To me that’s what makes The Players such a can’t-miss tournament, especially now that it’s back in the heart of the Florida swing, and likely more exposed to capricious breezes as winter gives way to spring: The pucker-up factor that holes 17 and 18 engender.

The nowhere-to-hide nature of the finish.

The knowledge that we too can take a shot at those holes, someday soon.

So does all that conspire to make this thing a major?

I’m not ready to go that far, but looking back at recent champions, The Players really does bring the current cream to the top (excusing a few outliers like Craig Perks and Stephen Ames), which is why I’m picking Justin Rose to haul in the crystal.

Big leap since he’s a recent No. 1, right? Sure, Dustin could do it, or maybe Tommy Fleetwood with his hodgepodge of clubs. We could get a Rickie repeat or even a “better than most” Tiger scene-stealer. But I think Rosie has all the elements in place to get ’er done come Sunday.

Whatever. Just give me a cold brew and a ringside seat.