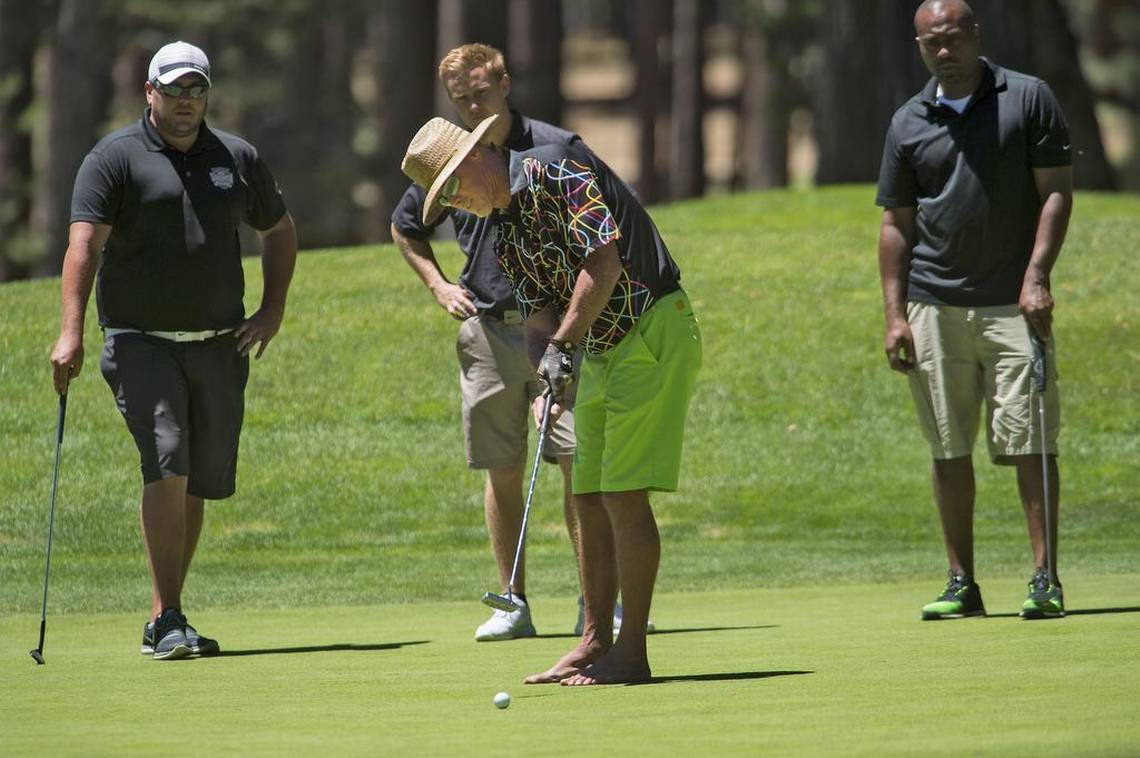 While I wouldn’t advise shedding the shoes to tee it up in many (freezing) parts of the United States at this moment, there’s something to be said for playing barefoot golf now and again.

For one thing, if you’re OK with perhaps getting a bit of fertilizer on your feet, it feels great in a primal yet luxurious way.

In summer I’ve played avec les pieds nus several times, especially when the sun was high and hot, the grass was lush as far as I could see, and the walking was flat and smooth.

I’m not alone. Even some famous people have been known to leave the golf shoes in the car.

Perhaps the most well-known barefooter is Super Bowl-winning, former Chicago Bears quarterback Jim McMahon, who, as far as anybody knows, doesn’t even own a pair of golf shoes. He’s played in every American Century Celebrity Championship at Edgewood Tahoe since 1989, and not once has he laced ’em up.

OK, he’s donned sandals on occasion, but either way, toes-out is his jam.

For the rest of us, seeking par not only spikeless, but sole-less, works best on old-school tracks where greens and tees are close to each other. Par 3 courses are perfect.

But sometimes, playing barefoot golf offers benefits beyond the strictly tactile thrill of it.

For instance, this guy went shoeless to help him mitigate lower back issues due to the violent twisting a golf swing produces.

And right here in Golf Tips land, Top 25 Instructor Barry Goldstein suggests the barefoot route when your action gets out of balance.

So, next time you find yourself in a warm spot on the map, why not get reconnected to your game, and the very ground you’re standing on, by playing at least a hole or two shoeless. When you let the dogs loose, you’ll find yourself slowing down, feeling relaxed and…and finding your ball closer to the hole more often.

Works for me and Jimmy Mac. Jump on in, feet first.