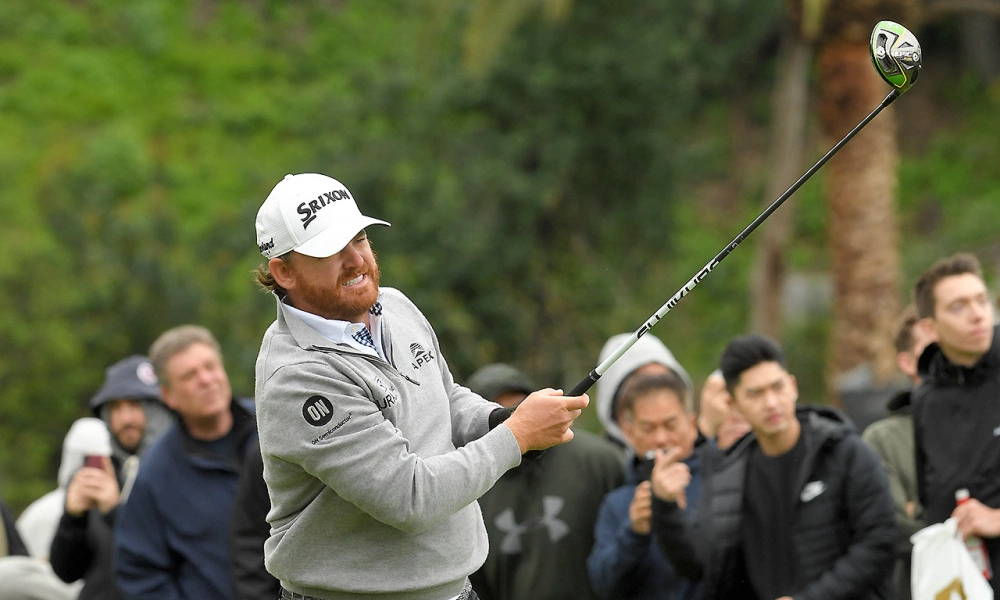 Yeah, J.B. Holmes is brutally slow. I too watched him beard-stroke and plumb-bob his way to a win at Riviera, and sure, it was ugly at times, a slow play Super Bowl of sorts, especially after all the rain delays, advertising breaks and PGA Tour machinations to get the damn thing finished on Sunday.

But I can’t hold Holmes fully responsible for his action, or inaction.

He said it best: These guys are playing for more money than I’ll make in three lifetimes, both week to week and in terms of FedEx Cup points, which could lead to a cool $15 million. It’s what the guy does for a living, he hadn’t won in quite a while, and he may never have a shot a winning again. That’s golf. It’s a tough, grinding, mind-bending sport.

Yes, J.B. should work on getting the lead out. But slow play, of course, is nothing new.

Jack Nicklaus at his peak was the poster boy for slow play, with perhaps the most meticulous pre-shot routine in history.

And what about Jordan Spieth? He’s gotten a bit better, though we all remember his agonizing 20-minute ordeal after blowing a tee shot onto the driving range at the 2017 Open Championship a couple years ago — those countless hikes up the dune to survey his options, the R&A ruling, the final ball drop and subsequent recovery shot that led to arguably the greatest comeback in that storied event’s long history.

Remember Sergio’s waggle issues, or Kevin Na’s frustrating freeze-ups? Remember speed-player Rory Sabbatini leaving his glacial partner, Ben Crane, in the fairway, bolting to the green and putting out, back in 2005?

Sabbatini took a beating in the media for his rudeness and later apologized, but admit it: We golfers who like to get on with it have all been there.

We’ve wanted to bolt, or beat our heads against the nearest bunker rake, while a s-l-o-w buddy — or, even more frustrating, a stranger with whom we’ve been paired to fill out a foursome — just plods along from shot to shot, most likely out of simple cluelessness, sometimes due to ineptitude, rarely out of spite. Whatever. It drives us crazy.

And we are right to feel that way, at our level of play — which is every level except the very top, where the J.B.s and Jordans of the world have worked hard to tread.

In other words, we’re not playing for our dinner, and we’ve got places to be, real jobs to do, meetings to make, families to go home to. So let’s pick up the pace, shall we?

The USGA, God bless their pointed heads, are trying to tweak the rules to help. Having the option to keep the pin in and backing off on stroke and distance penalties (yes!) are all well and good, but here’s the real problem: Far too many amateur players, from casual to three-times-a-week single digit studs, just don’t give a damn about anyone else, and they’ll take their sweet time, thank you very much.

OK, OK, they might have a (tenuous) point with that well-worn excuse of, “I’ve paid good money to play this course and I’m damn well gonna make the most of it.” At the expense of everyone else, apparently. We paid that same money, yet still manage to squeeze out maximum value in four and a half hours or less … or so we hope.

Not a lot we fleeter-of-foot players can do about it without risking lost friendships or, in the extreme, lost teeth and bloodied gloves.

But we can, perhaps through gritted teeth, do our part to seal the let’s-finish-before-doomsday deal — and maybe, just maybe, change some slothful hearts and minds along the way.

OK, I’ve (quickly) said my piece. As an old Irish caddie once said, “May the marshal stay off your back and the holes ahead be firm and fast — in the best way possible.”

Vic Williams is editor of Golf Tips magazine. Reach him at vwilliams@madavor.com or @golftipsmag on Twitter