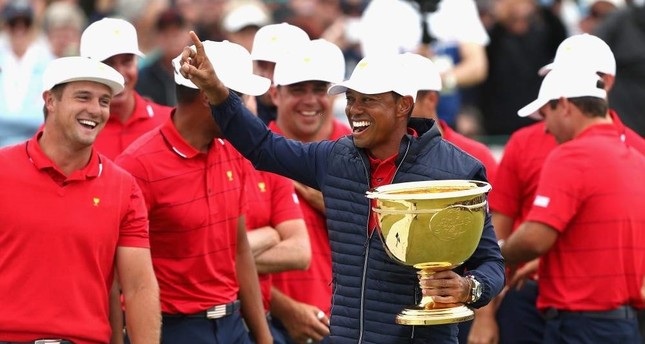 As if Tiger Woods had anything left to prove in the game of golf, he’s now set himself up as the Presidents Cup captain for as long as he wants the gig.

After finding their footing on the second day of team play, the American squad came roaring back in singles, winning or tying eight of 12 matches to notch a 16-14 victory over a game, tough International team, with veteran Matt Kuchar assuring the victorious half-point with a clutch birdie putt on the 17th hole of his nail-biter with Louis Oosthuizen.

In the end, even the Patrick Reed cheating scandal, which the team brought with them on the chartered plane to Australia from the Bahamas, couldn’t knock them off course. Reed himself performed poorly, going winless in team play to justly lose his “Captain America” moniker, but still the U.S. prevailed, much to the surprise of several Golf Tips Top 25 Instructors.

Now Woods himself is the true Captain America, now and in the foreseeable future.

Whereas International captain Ernie Els — who also did a bang-up job in his own right, managing a rookie-stacked team all the way to what was nearly their first victory since 1998 — asked his charges to “trust him” as an entertaining Cup played out, Tiger trusted his team to get it done.

Even after a rough first day at Royal Melbourne, the American squad never wavered in their confidence that a comeback was in the offing, and found in their leader every quality they needed to keep them focused yet loose, as they related in their post-win press conference.

Of course, Tiger also went undefeated as a player in these matches, 3-0, including taking down breakout Mexican star Abraham Ancer 3&2 in the first singles match. Ancer had asked for this very throwdown some months ago, and Tiger happily obliged to set the tone for his team’s comeback.

Sly and brilliant sly strategy: It’s Tiger, after all.

He also played some damned inspired golf throughout, as did most players on both sides. We saw more buried bombs on those slick greens (including a bunch by Anser), more incredible recoveries from bunkers, rough and worse, and more Ryder Cup-like drama than we’ve seen in this event since, perhaps, Tiger and Ernie battled to a tie back in 2003, with then-captains Jack Nicklaus and Gary Player agreeing to shake hands and share the Cup.

Heck, the entire event was a teaching moment for avid golfers around the world, amplifying any number of lessons found in the Golf Tips instruction archives. This one in particular comes to mind. Or this one.

But here’s the final lesson from the 2019 Presidents Cup:

Fred Couples remains the most successful American captain in this event’s history, and he was an invaluable resource as part of Tiger’s support staff. But now it’s Mr. Woods’ team, for better or worse.