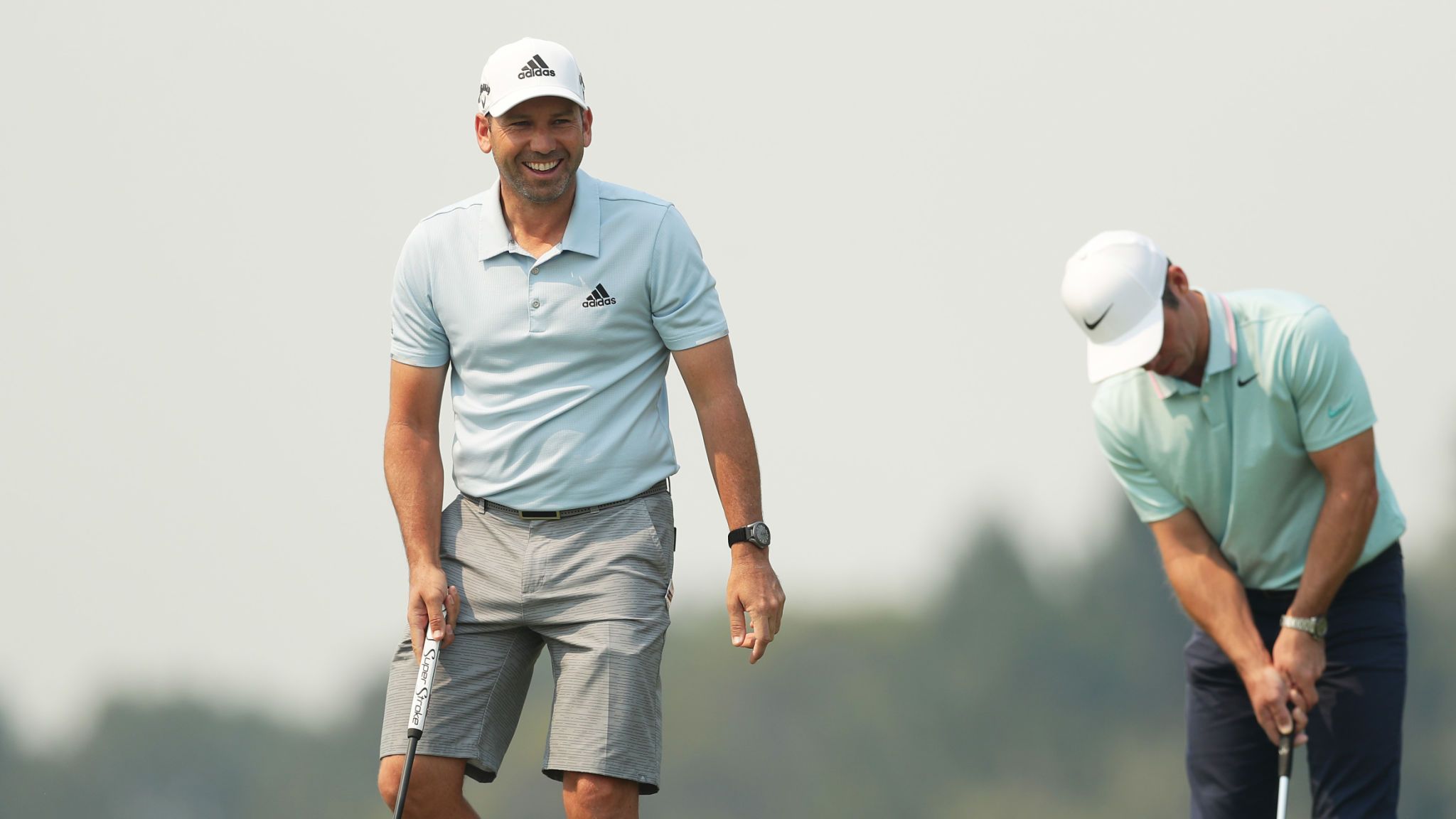 Hey PGA Tour, get a grip on facts: The time for allowing golf shorts in competition has come.

The LPGA has allowed women to don cooler garb between the ropes for years, and the gals have warmed (or, in a way cooled) to the idea in big numbers.

In fact, I can’t think of one current LPGA star who hasn’t teed it up in shorts, or skorts, or an above-the-knee skirt, at some point over the past several years.

Why should they have all the fun in the sun — and humidity?

On the heels of this recent story about the European Tour allowing guys to don shorts during the Alfred Dunhill Championship in South Africa – where temperatures reached 104 degrees Fahrenheit – and of my own trip to Maui to check out the rejuvenated Plantation Course at Kapalua Resort, which I’ll report on before the Sentry Tournament of Champions plays out Jan. 1-5, so stay tuned – I find myself wondering why this comment from the always-quotable Sergio Garcia isn’t taken to heart on both sides of the Atlantic:

“I’ve said it many times – I think at the end of the day, having the possibility of playing with shorts it only kind of brings us together to the supporters. Because when you go to a course, unless it’s winter and it’s really cold, if it’s spring or summer and the temperatures are nice, when you go to a normal course, 90 percent of the people are wearing shorts.

“So I think the connection would feel even closer. It probably will happen but we don’t know exactly when.”

Sergio said this – somewhat awkwardly, I’ll admit – as he prepared for the Australian Open in Sydney, where it can get toasty at this time of year, the Southern Hemisphere summer. And he’s spot-on.

Once you set aside the buttoned-down, stodgy tradition that demands every male Tour player slog around the overheated links, Ken Venturi-style, no matter how high the mercury rises or how brutal the heat index gets, there’s little excuse to carry this starched-and-pressed façade any longer.

Let the dudes breathe, for God’s sake. At their own discretion, of course.

I might accept a long-slacks-only carve-out for the majors, especially with the PGA Championship’s move to May, though the U.S. Open can get downright steamy, especially when it’s played in the Northeast (as it is three years out of four, or so it seems), the Midwest or, yes, the Southeast (Pinehurst, anyone?).

But over the rest of the season, what’s the harm in allowing the world’s top golfing men sport shorts, just like the adoring folks outside the ropes?

All those sponsor logos show up above the waist, anyway, so that’s not an excuse.

Nor is the argument that shorts just aren’t dignified enough for the Grand Old Game. So seeing a poor contender’s sweat-stained seat, uh, darken in the heat of battle is?
Nope. None of the old, crusty arguments hold water. It’s time for higher hemlines to go PGA Tour mainstream.

In fact, there’s still time for the powers that be to make a grand shorts statement at none other than the Presidents Cup this week, which will play out at Royal Melbourne, on Australia’s fabled Sandbelt. There’s little doubt the heat will rise out there in more ways than one – hot wind, high humidity or a combination.

The American and International teams will have ample opportunity to survive the heat of competition. Why can’t they do so in just a little more air-conditioned comfort?

We viewers will certainly feel more connected to them, as Sergio asserts.

Too soon? OK, let’s shoot for the Sentry TOC, then. I wore shorts every day at Kapalua, and the long and the short of it is, I won’t mind a bit of DJ and JT show up there next month rocking bare legs, as well.