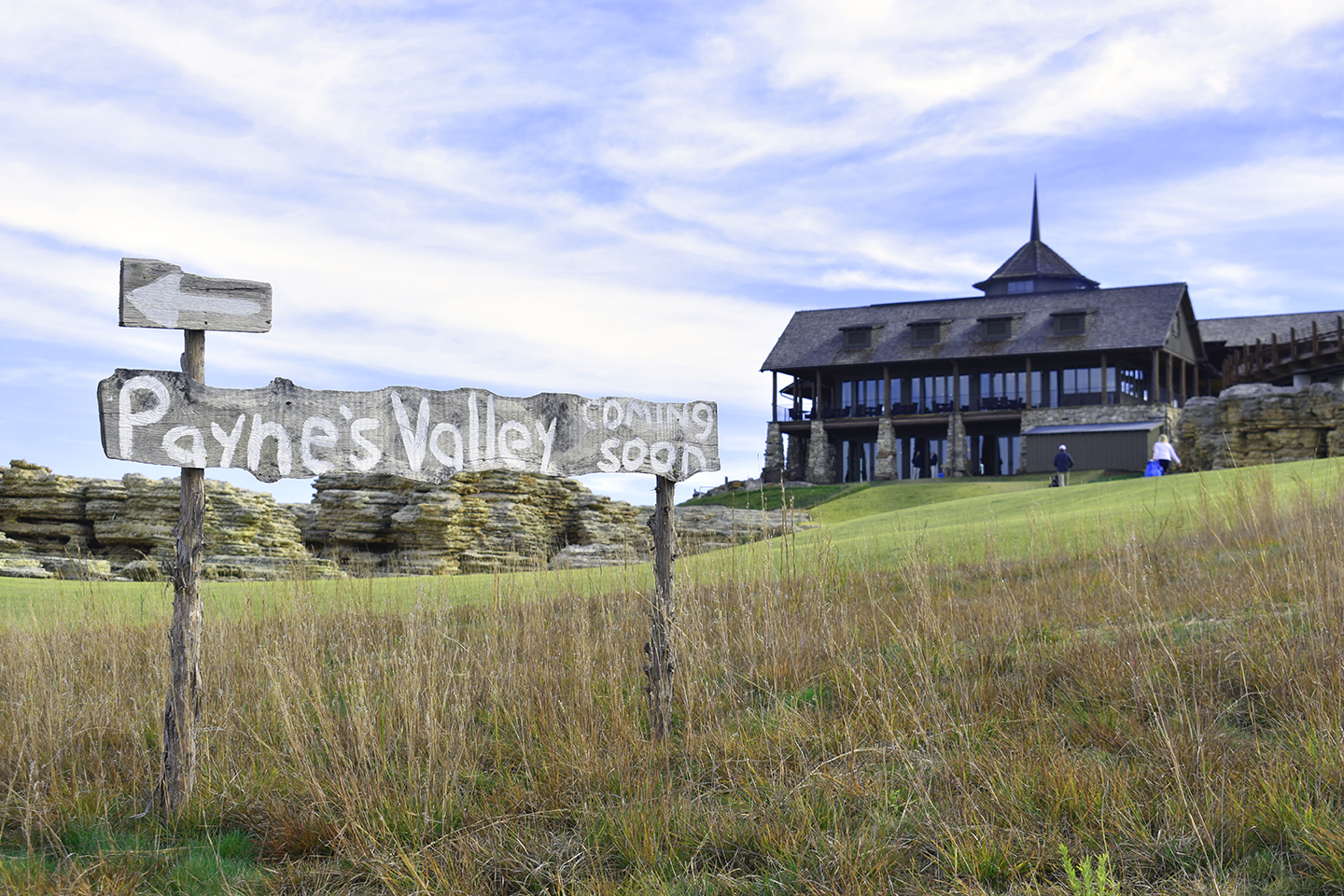 When Tiger Woods so much as sneezes (we all know he struggles with allergies), it somehow blows up into a headline, a social media blast at minimum. But when his first fully public golf course built in the United States, Payne’s Valley in Branson, Missouri, opens for preliminary rounds, it truly is big news.

Named in honor of Payne Stewart, who grew up in nearby Springfield and went on to win three majors before perishing in a plane crash 20 years ago, Payne’s Valley is already garnering positive reviews. Tiger was no absentee, in-name-only designer; he was reportedly onsite often to monitor and tweak the course’s construction, and now we can see for ourselves if he has a long-term future in the design game.

I think we know the answer, but who among us isn’t already jonesing to find our way to Branson and affirm it?

When it opens in full next spring, Payne’s Valley is bound to be the biggest and brightest jewel in Branson native and Bass Pro Shop founder Johnny Morris’s multi-course Big Cedar Lodge crown. It joins two highly rated full-length layouts authored by Tom Fazio and Bill Coore and Ben Crenshaw, which I played in fall 2018 along with one of two delightful par 3 layouts by Jack Nicklaus and Gary Player. Even then the new course was taking shape, and I can tell you, it’s a spectacular site.

The upshot of all this? Suddenly the southwest Missouri destination of Branson is on many a traveling golfer’s radar, from coast to coast..

It’s long overdue. Vacationers, including golfers, from the great, wide middle of the country have filled this Ozark town’s hotels and country music theaters for years, but it took Morris, and his deep pockets, to put it on the national stage.

Morris doesn’t go small. He doesn’t go brazen or bombastic, either. He knows his market. Big Cedar Lodge hits all the right Middle America notes to compose a “rustic luxury” soundtrack of country comfort and sincere service, playful schmaltz and refined welcome. The golf is top-drawer. So are the food and lodging. The nightlife, both in and beyond the town’s many theaters, is surprisingly varied.

And now Tiger is on the must-play marquee.

I hope to get back to Branson in 2020 and play Payne’s Valley for myself.

I won’t blame you if you beat me to it.