The death of Pete Dye leaves a huge crater in the golf design firmament.

It will never be filled, no matter how many metric tons of earth top names like Gil Hanse, Tom Doak and Bill Coore – great architects all – move to fill it.

For one thing, Mr. Dye made his own memorable way around craters, and mounds, and all manner of fear-inducing design features that he, more than anyone else in my nearly 50 years of playing experience, could employ to their most stunning effect.

It takes a true genius to make a golf hole look, from the tee especially, twice as hard as it really is.

Dye was that guy.

It takes a unique brand of confidence to put a tiny bunker on top of a mini-volcano, or triple-tier a green while tilting it precariously toward a deep, dark ravine, or make a simple 140-yard shot to a generous slab of manmade island so terrifying, yet so appealing.

Dye had that chutzpah.

It takes a special blend of vision and verve to turn a flat stretch of cow pasture into a heaving, sand-pocked lakeside masterpiece, or a swamp into a world-renowned experience.

Dye created that blend, then perfected it.

Over his nearly 60-year career, he designed more than 100 courses on his own (rather, alongside his wife, Alice, a champion player and Pete's indispensable sounding board, who died in February 2019), and had a hand in many more, including several early layouts with Jack Nicklaus, and others with his sons Perry and P.B., and even his niece, Cynthia Dye McGarey.

Countless others, by designers around the world, bear the mark of his titanic influence, not only in what courses look like and play, but how they are conceived and built.

I’ve had the pleasure – and, yes, the happy horror – of playing quite a few Pete Dye designs over the years. Not nearly enough, so I have some work to do, but enough to comprise a personal Top 10.

Some you may agree are no-brainers. Others might surprise you. But all stay with me, like a snatch of snappy dialog or a tune that just won’t get out of my head.

Give the following slide show a go, then, if you’re so inspired, drop me an e-mail with your own favorite Dye jobs at [email protected]. I’d love to hear what you love (and love to hate) about the dearly departed master’s peerless work.

And maybe it’ll help fill that crater, just a little. 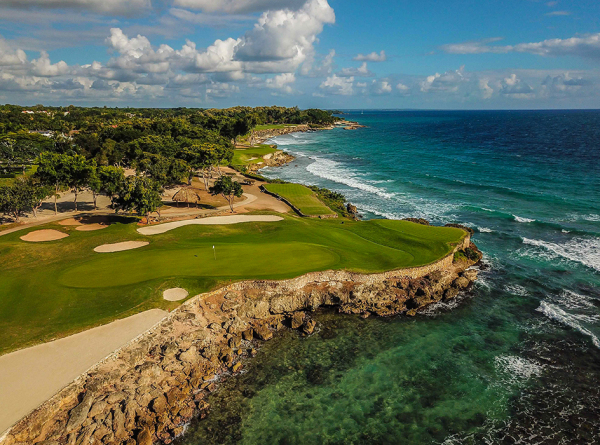 Named for the shards of coastal rock through which Dye’s Dominican construction crew laid its turf, this is Casa de Campo’s worldwide claim to fame, though Dye also laid out four other fine courses within the resort development’s sprawling area. With seven holes hard against the Caribbean as well as inland sets that show off some classic Pete flourishes (including one killer volcano green), this Dog leaves beautiful bite marks on one's game, and one's memory.

Look To Youth For Pace Of Play Cure

How To Find The Best Ball For Your Game