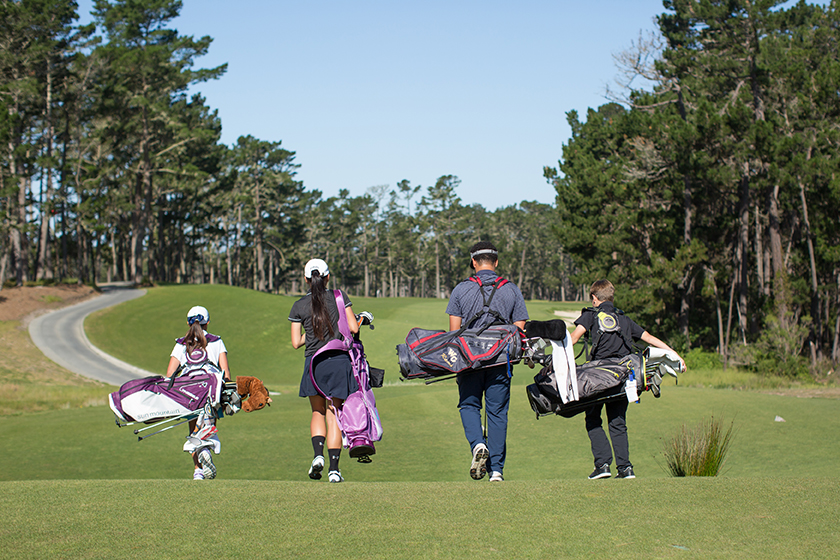 Pace of play is clearly still a big deal in the game of golf as 2020 gets rolling.

First there’s this week’s PGA Tour announcement that they’ll put individual players on the clock rather than entire groups (are you listening, J.B. Holmes and Jordan Spieth?), jack up fines for repeated offenses against a 120-second per-shot limit and generally do what they can to rein in the big show’s biggest slugs.

Then there’s the press release below, issued by the American Junior Golf Association, showing that the kids remain well ahead of the adults when it comes to getting on with it.

All golfers, of every ability, whether in competition or not, can take a cue from what the nation’s largest junior golf organization is doing to fight back against the game’s most hotly argued modern bugaboo.

Even Rickie Fowler has a few things to say about what these young players are doing, and how their policies helped him develop into one of the Tour’s fastest sticks, in the video below.

Amid the hotly-debated topic of pace of play in golf, the American Junior Golf Association delivered another season of leading pace of play averages – for a 12th straight year.

The AJGA’s Pace of Play policy, which began in 2002, is now a cornerstone of the tournament experience in competitive junior golf and its principles have been adopted by other golf organizations.

AJGA Executive Director Stephen Hamblin, at the helm since 1984, also developed a Code of Conduct policy early on, now more formally recognized under the new Rules of Golf (1.2).

“Golf hinges on integrity and etiquette,” he said. “It’s our responsibility in developing golf’s next generation to hold players to high standards and provide programs to develop them. Our Pace of Play program positively affects player experience. We put a lot of effort into this program and the results speak for themselves. Junior golfers like playing fast, and we’ve proven they can.”

The critical success factors Hamblin and the AJGA consider pivotal land first on the administration end in choosing an optimal field size (no more than 78 per wave with proper tee time intervals) and setting a realistic goal pace at each course.

The AJGA operates more than 200 events, including one-day qualifiers, at more than 130 venues. Nearly 65 percent of the 2019 schedule falls into a two-tee structure. While field size selection varies based on many factors (daylight, course difficulty, weather, availability and previous pace), the data suggests these are ideal for pace because of the buffer between the first groups making the turn and final tee times.

“I’m tired of people saying all rounds should be played in four hours,” Hamblin said. “The reality is you aren’t playing Karsten Creek in four hours. Pace of Play expectations start with a realistic, reasonable goal. We have a handful of events that play in, or under, four hours, each year … but that’s our expectation for courses where we know the rhythm and it works. The bigger picture is how we set ourselves up for success every week, at every event, to be consistent.”

After a Pace of Play goal is set, a local committee goes to work. The AJGA staffs each event with at least six rules officials plus at least one senior official. In addition to overseeing the Rules of Golf, this group works with local volunteers to uphold pace of play standards every three holes.

The six-station checkpoint system evaluates players based against:

Each timing station assesses players’ relation to these standards. If behind pace, players are provided with a “red card” which details facts and offers solutions.

In addition to the checkpoint system, the AJGA approved rangefinder use in 2013 to speed up club selection and, most especially, offline shots. The first player in each group to finish a hole is also asked to “walk ahead” after holing a putt to be ready on the teeing ground to hit the next shot. The second player tends the flag and witnesses final putts. The option for players to leave the flagstick in has also positively pace of play.

As provided for by the Rules (5.6), players should play each shot within 40 seconds when it is their turn. Joining the PGA TOUR and the European Tour, in 2020, the AJGA will be enforcing a stricter policy surrounding bad times with players receiving a warning after their first infraction and one-stroke penalty following their second. This new rule should help combat extended pre-shot routines, greens-reading delays and extended examination on the putting green which is becoming more common across all levels.

Under the AJGA’s current pace of play system, a penalty may be given – individually or to the entire group – based on factual evidence and unreasonable delay considerations. The checkpoint system and commitment to fast play works: the AJGA issued 4,020 red cards in 2019 against six penalties during an average pace of play (tee timed threesomes) of 4 hours, 26 minutes.

The AJGA will continue to improve pace of play at all events and is working with industry partners and alumni to bring resources to membership to help educate players on pace of play best practices while maintaining the integrity of the game.

So there you go: If the young’uns can do it, so can we.