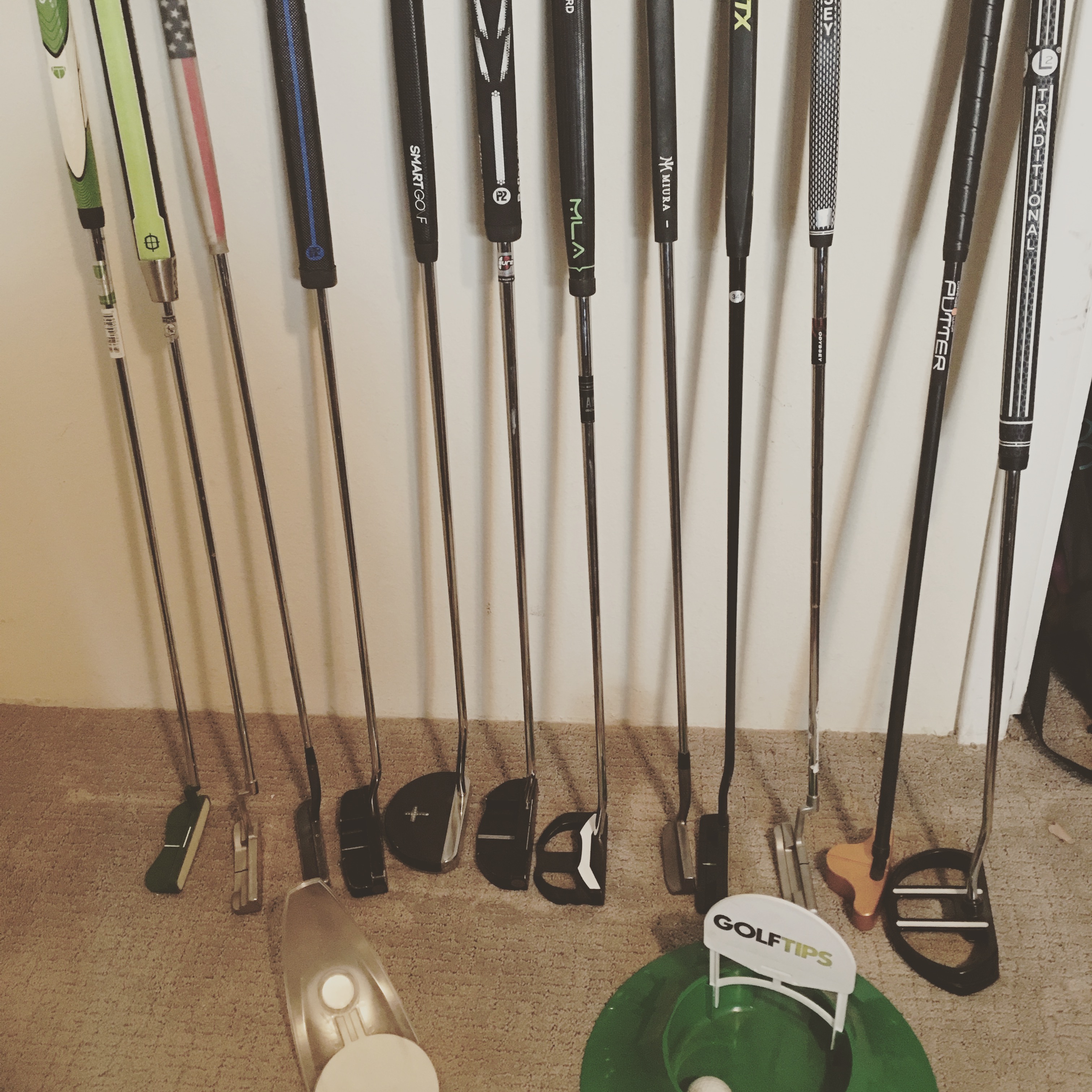 My name is Vic, and I’m a putter addict.

Whatever. I acknowledge my malady and accept that I’m all but powerless to conquer it, so I just take it day by day without the support of any 12-step group that I know of.

Contrary to my monogamist nature in marriage (hear that, honey?), and my tendency toward staunch loyalty in my friendships and family relationships, I can’t seem to stick with one flatstick for more than a few months at a time. I’ll fiddle with a blade for a while, but at the first whiff of bad behavior (as in blown three-footers) or clear infidelity on its part (revealed in an alarming rise in three-jacks), I’ll file for divorce, straying to the next winsome wand that comes my way, usually something more solid, shapely and presumably forgiving — a sleek and balanced mallet, for instance. In times of extreme short game distress I’ll even resort to packing two putters in my bag and hop between them like some par-seeking Lothario.

I’m not alone, of course. There are millions of us restless and rarely satisfied souls prowling pro shops and big box stores and bargain bins in search of the One True Putter that will transport us into Nicklaus or Crenshaw or Bobby Locke territory. And even when we do think we’ve found it and forge what we hope is a bond for the ages, we end up straying again. Unlike some fellow golfers who, no matter what, remain true to the first Ping Anser or Scotty Cameron Newport or that lead tape-laden Bullet that just keeps hanging around the bag, we give in and step out on our latest love.

For me the addiction to putter-swapping has turned into a game within the game. When my putting prowess takes a dip and nothing, I mean nothing, is finding the bottom of the cup, I’ll line up my ever-growing, motley crew of stroke-makers, grab each for a one-on-one shakedown via grips that range from mega-fat to medium-oversized to old-school slim, strike a few putts and await that buzz of deep connection between head, hands and putterface. The strongest buzz wins, and into the arsenal it goes, at least for a round or two or twenty. As I write this, a dozen putters of various shapes and lengths are leaning up against my office wall, hoping to catch my eye and perhaps woo me into another go. At least that many are banished to the garage, perhaps never to curry my favor again.

Then again, given my affliction, I never say never. In fact, my current putter — an original Bettinardi BB1 blade with a gold honeycomb face insert — had languished in the shadows for a dozen years until, on a whim, I refitted it with a new Flat Cat 110g grip and rekindled the red-hot affair we’d had so many seasons ago. I’m still sinking everything from knee-knocking par-savers to 50-foot birdie bombs with it, so for now, I just can’t quit it.

I know it’s all in my head, that true and lasting putting success comes only with dedication, practice built on solid fundamentals and instruction from teachers who realize that it’s technique, not equipment, that takes struggling golfers where they want to go. I know that I can open a copy of this very magazine, or dig into the vast archive on this site and find any number of lessons that will help me make the adjustments in my grip, stance, alignment and feel that will turn any putter into a potential world-beater, including favorites from Top 25 Instructors like Brandon Stooksbury’s ABCs of Great Putting, Tom Patri’s Putting Speed Control Made Simple or Alison Curdt’s Yardstick Putting Drill. I urge you to check them all out, and many others, online after you’ve perused and put into practice the great content in this issue. Maybe we can all be like this guy, who racked up nearly nine grand by burying five straight putts during halftime at a Utah Jazz game.

Yeah, I know it’s the archer, not the arrow, but I’m not about to abandon my roving eye or restless heart when it comes to putters. The quest for that next buzz is just too much fun to squelch. I’m at peace with it.