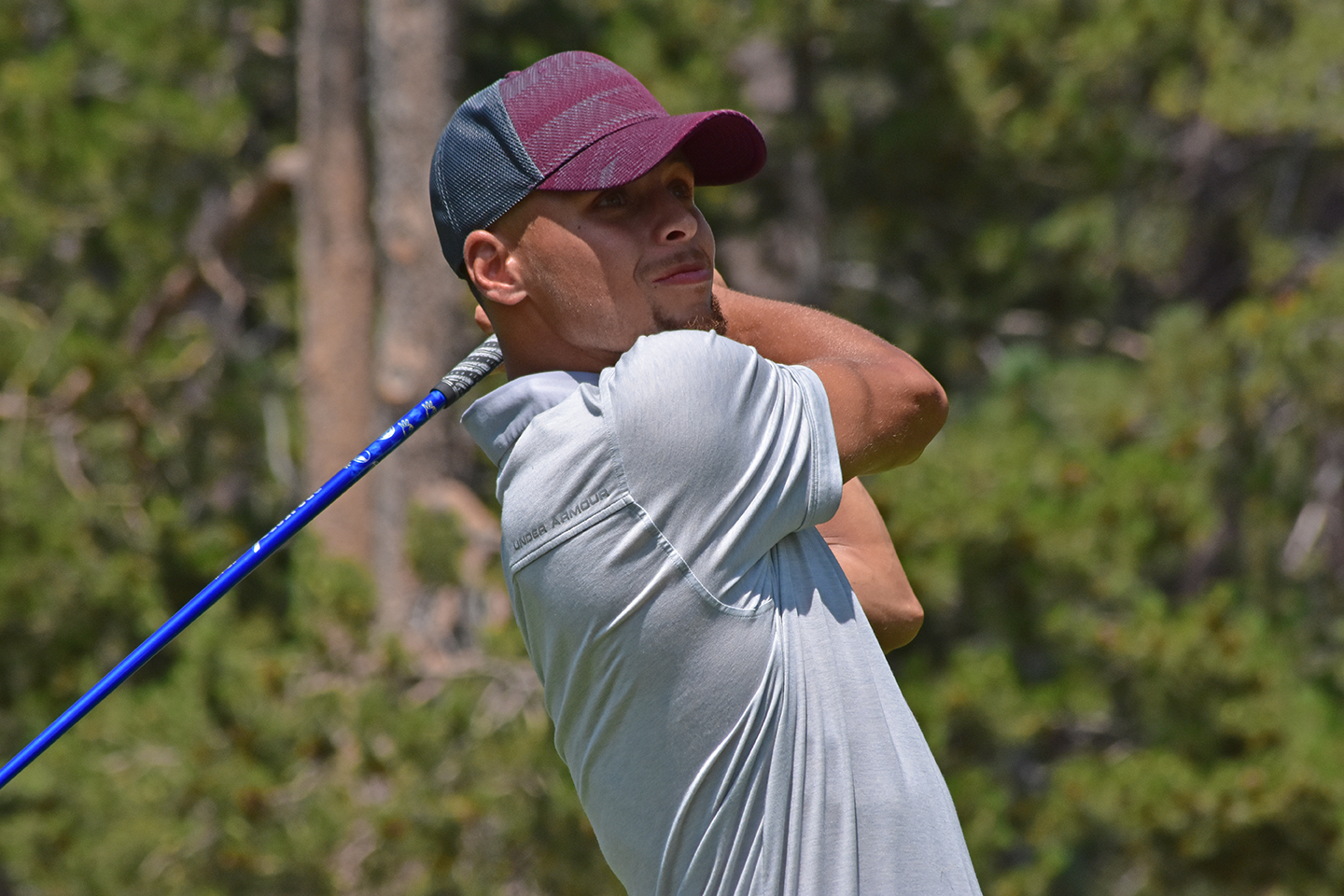 Every year, it seems, somebody is singing of golf’s imminent demise, but NBA megastar Steph Curry seems bound and determined to help change that tune.

I say this after seeing the following announcement in my e-mail feed. It comes as no surprise to me, and as a guy who, like any rabid golfer, wants to see the game grow instead of bleed players and venues, I welcome it/as a new NBA season gets underway this week, with Curry and his somewhat re-egineered Golden State Warriors opening against the Los Angeles Clippers in their spanking-new Chase Arena in San Francisco.

Callaway and Curry have had an informal relationship for years centered around his passion for golf and affinity for Callaway products. Together, they have committed to partnering on various initiatives Curry will undertake with a strong focus on expanding the game by making it more accessible to underserved and underrepresented youth.

Last month, Curry helped Howard University launch their first-ever Division 1 Golf Program, set to debut by the 2020 academic year, with a pledge to generously fund the university’s men’s and women’s programs for the next six years, and a goal of raising an endowed fund to make the program self-sustainable. Callaway quickly pledged additional support, with the announcement that they will be the official golf equipment provider for the program. In addition to covering all staffing, recruiting and operational costs, Curry will also be funding three full golf scholarships—two for the women’s team and one for the men’s team.

The three-time NBA champion’s passion for golf started at a very young age, and his love for the game is no secret. As a PGA Jr. League Ambassador, participant in professional golf tournaments and currently the Executive Producer for the new hit ABC mini-golf show, “Holey Moley,” Stephen’s goal is to help grow the game of golf worldwide, reaching youth and adults alike. The Callaway partnership will also feature co-produced original content in the spirit of Curry’s endeavors in golf.

“I am beyond excited for the opportunity to work with Callaway Golf. Their ability to think outside the box on how we can collectively grow the game of golf is second to none,” Curry said. ” I can’t wait to begin rolling out some of our ideas to make golf more accessible to boys and girls around the world.”

“We’ve found an incredibly like-minded partner in Stephen,” said Chip Brewer, President & CEO, Callaway Golf Company. “His love of golf is something we at Callaway immediately connected with. And over time we realized we shared much more than that: a vision to create opportunities for access to the sport for people that might not have it. With our support, Stephen is uniquely positioned to create meaningful experiences in golf.”

Sounds like a potent partnership to me, conjuring images of the Michael Jordan/Nike juggernaut of the 1990s. Jordan was the world’s biggest basketball star back then, with a well-known golf jones that he parlayed into exalted stature on the celebrity golf circuit, fledgling as it was.

With this more formal arrangement with one of the game’s leading equipment companies, Curry—who boasts an NBA MVP trophy along with those three titles and five straight Finals appearances—is poised to pick up where MJ left off.

He’s got the megawatt smile, the media presence, the well-established mystique and a steady stream of golf exposure via is perennial participation in the American Century Celebrity Golf Championship at Lake Tahoe (which he’ll win one of these years), and, of course, his somewhat goofy ABC prime time vehicle, Holey Moley, which has been picked up for its second season.

He’s got a bit of PGA Tour cred via his recent participation in the Korn Ferry Tour’s Ellie May Classic. Yes, he missed the cut, but he did fire a respectable 71 in the first round (we won’t talk about the second round).

And now he’s got a big marketing machine behind him, and if this partnership is truly focused on getting more kids of color—and all kids—into the mindset that golf is indeed a cool sport and worth taking up and working on, how can that be anything but good?

He’s the right guy at the right time. I get the feeling that if you asked 100 avid golfers whether they’d love teeing it up with Curry, 98 of them would say, “hell, yes.” The only holdouts would be a couple fellow NBA guards who he’s beaten off the dribble for more than one long-bomb three-pointer over the years.

But even they might set those 0n-court beatdowns aside, grab their spikes and sticks and hit the first tee with Steph.

Let’s see where this goes, and at minimum, applaud the commitment. Sure, it benefits Callaway and Curry first and foremost, but if it benefits the game in the long term? That’s a triple-double.