On January 1, 2016 the USGA implemented Rule 14-1b, which prohibits anchoring a club while making a stroke. Anchoring a club to a player’s sternum or belly allows a player to easily swing the golf club in a pendulum-like motion. This golf anchoring ban affected many golfers at all levels.

Benefits of making a pendulum-like stroke:

The player’s responsibility is to swing the club along the target line and keep the clubface square to the path. Even though anchoring a club is no longer within the Rules of Golf, you can make a pendulum-like motion and improve your game by following these simple steps. 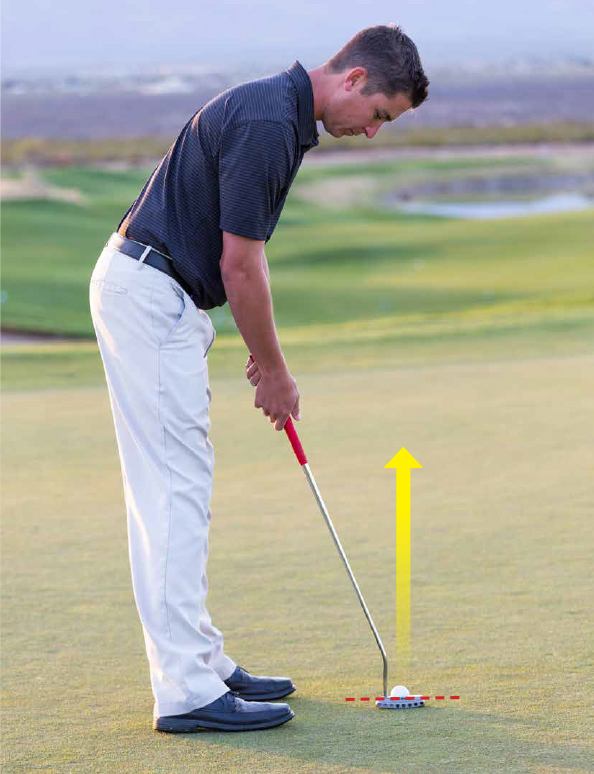 Position the golf club behind the ball so that the club face is perpendicular to the target line, as in the photo above.

Set the shaft so that it too is perpendicular to the target line, as in the left photo below. The best view will be when your eyes are over the golf ball.

Note: This view may only be accessible with the putter due to its length and lie angle. 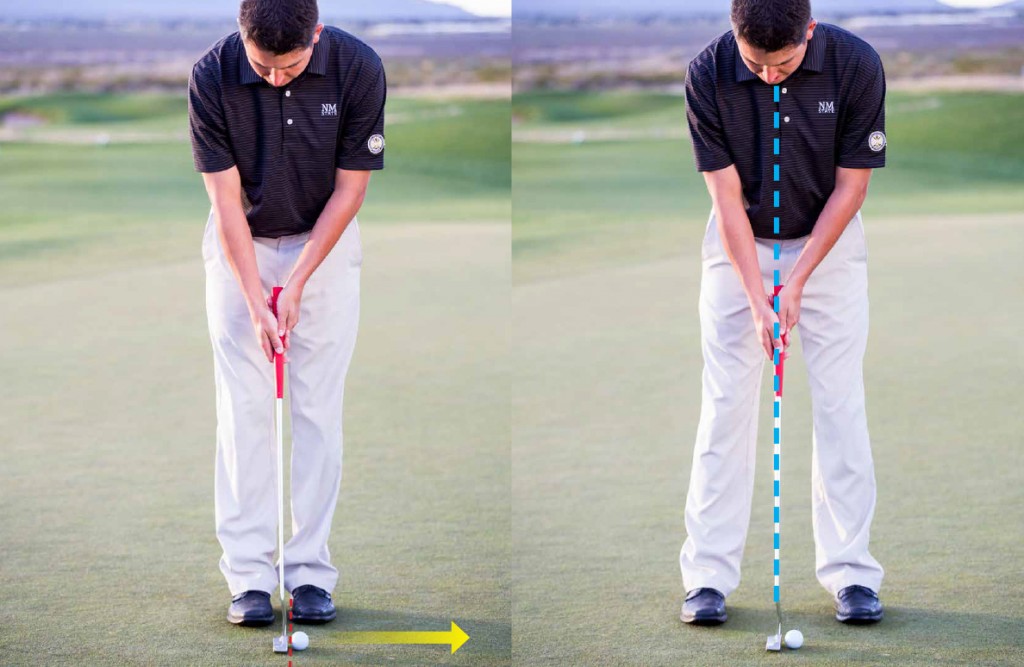 Center yourself so that the shaft appears to bisect your body at your belt buckle, sternum, and nose, as in the right photo above. This will position the club directly beneath the center of your body and in the middle of your stance. Square yourself to the club so that an equilateral triangle connects the hosel of the golf club, your left foot, and your right foot. 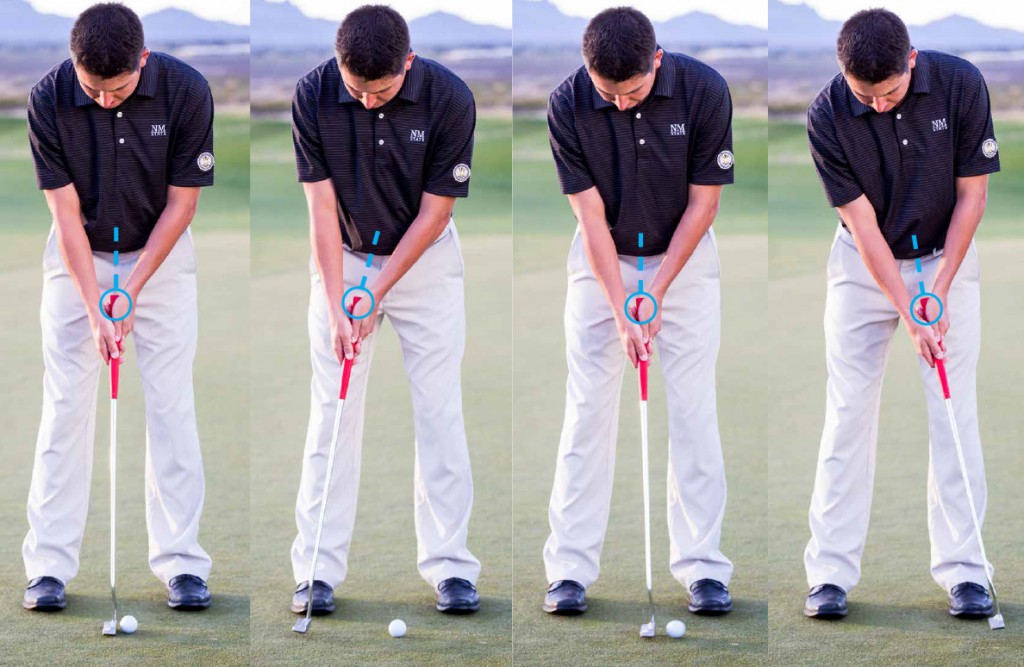 Swing the club in a circular motion so that the handle of the club and the clubhead move in the same direction and at the same time. The shaft should point towards the center of the body (belly, sternum, etc.) as though it were anchored. 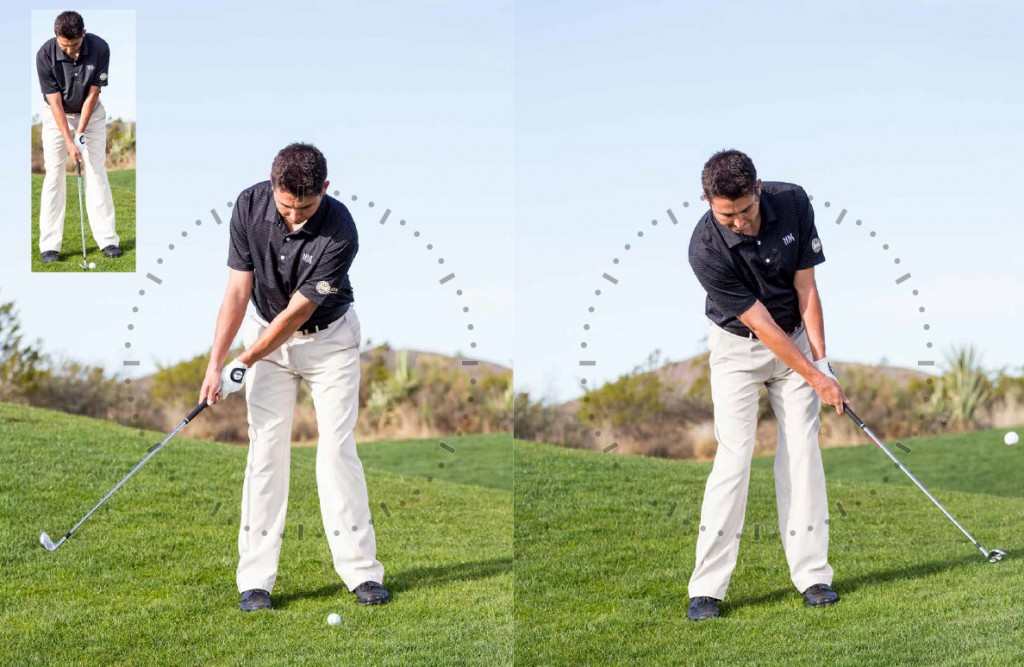 Swing the club in a circular motion so that the handle of the club and the clubhead move in the same direction and at the same time. Imagine the swinging motion of the golf club as the hour hand of a clock. The address position (see inset above) is 6 o’clock, to the right are 7 and 8, and to the left are 5 and 4. Both ends of the club should arrive together at each hour of the clock. 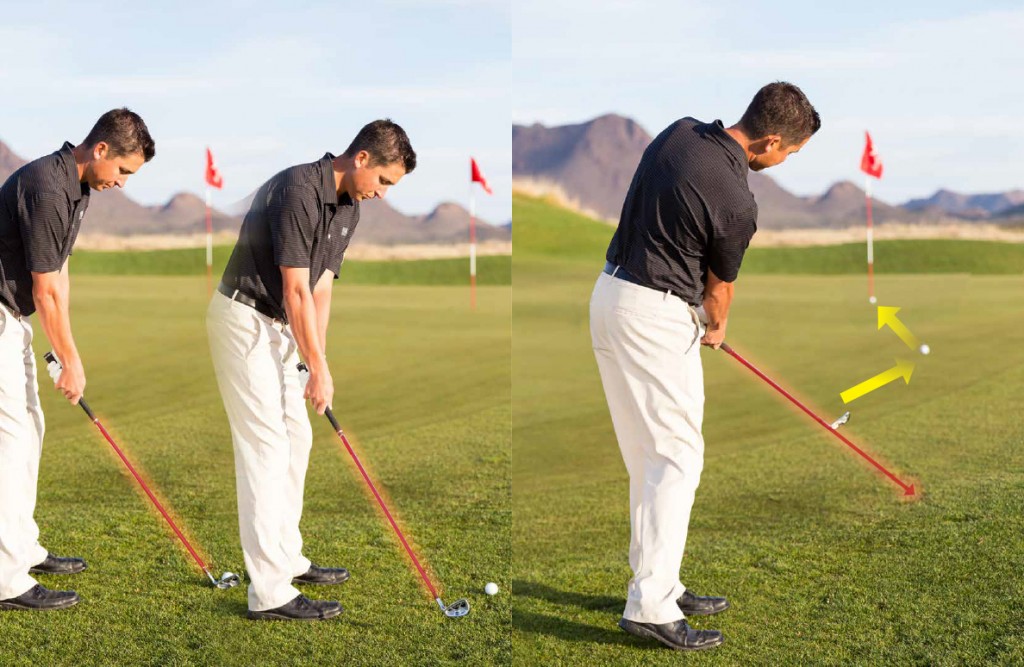 CHIPPING: SWINGING ALONG THE TARGET LINE

The laws of physics state that for the golf ball to go in a given direction, the club must also move in that direction. Therefore, it is a golfer’s responsibility to swing the entire golf club towards the target. Imagine the shaft of the golf club as a laser beam. As the club swings, the laser beam should create a line on the ground connecting the ball to the target, a.k.a. the “target line.” 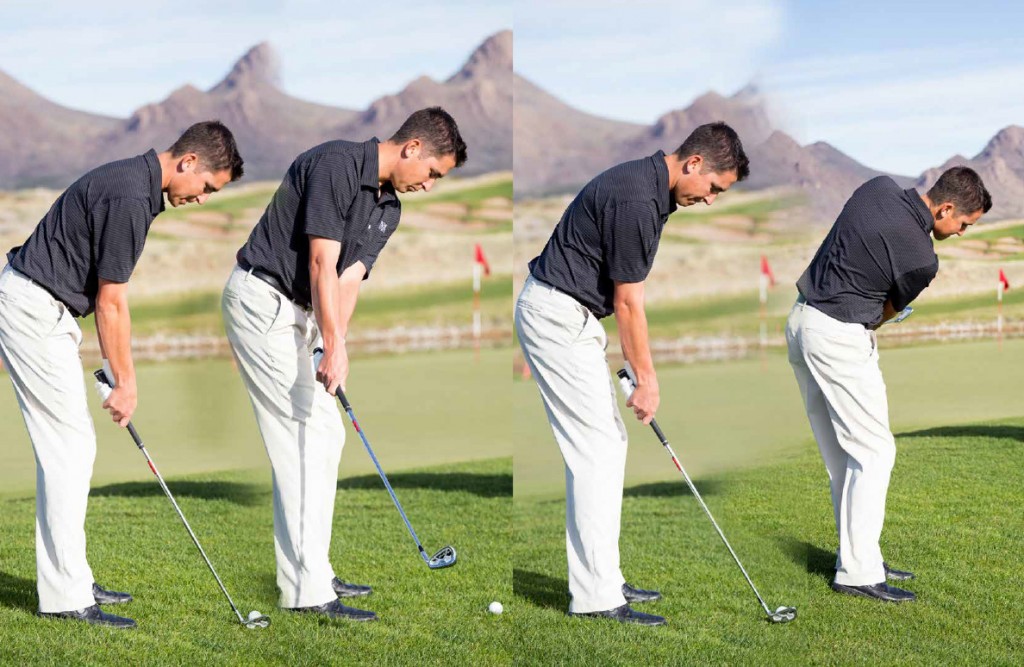 PITCHING: SWINGING ALONG THE TARGET LINE

When using an anchored putter you’ll find that the face remains square to the path of the club. Do the same when you make the swing and you’ll find the club face returns correctly to the ball.

BRINGING IT ALL TOGETHER

Learning to move your clubs like a pendulum is a change that’s worthwhile. You can create shots with the height and roll-out that you want by using this same swing and merely changing clubs. With this setup you won’t deloft the club, lose the benefit of the bounce, or be hindered by an angle of approach that is too steep.