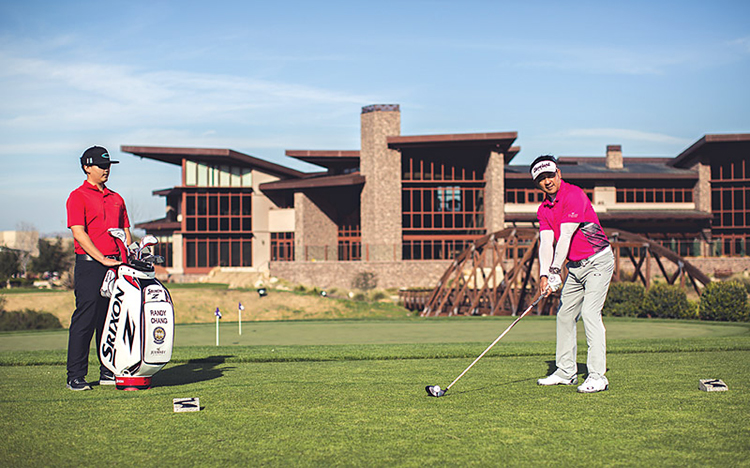 Lowering your scores on the golf course isn’t just about your ballstriking abilities. Knowing your strengths and weaknesses, and making better decisions based upon risk and reward, can improve your scoring immediately. The Tour pros you watch on television are constantly discussing and weighing the pros and cons of each shot with their caddies. Unfortunately, weekend golfers don’t have the luxury of a professional caddie with them to help make better decisions during their rounds with their buddies. So, here are a few tips on what the conversation would be like and what goes through a pro’s head as he or she is contemplating a shot in these common situations.

In today’s modern course designs, there has been a premium on target golf, meaning there isn’t much wiggle room for error off the tee. Here are a couple of examples of holes at the Journey at Pechanga where managing your thought process is as important as executing the shot itself. 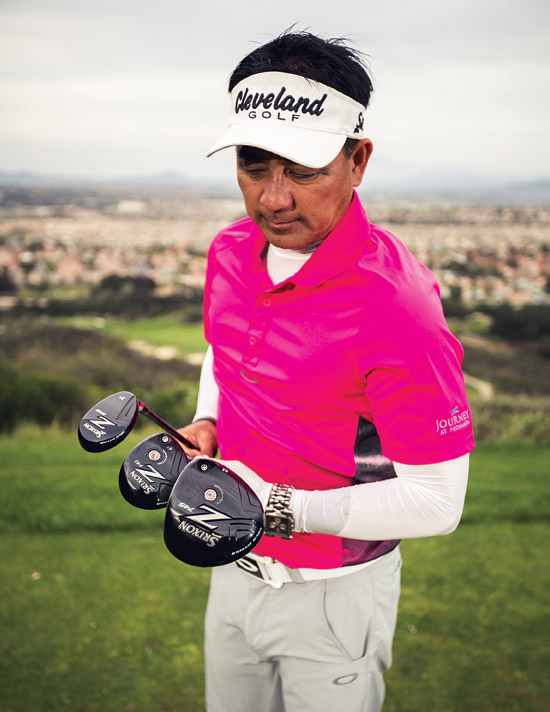 The biggest mistake I see with amateur golfers is that they feel like they have to hit driver off of every tee box if it’s a par-4 or par-5. When playing a golf hole, the first priority is to put your tee shot into play! Depending on your strengths and weaknesses, and the risk-reward factor, here’s how a pro would think in this situation. 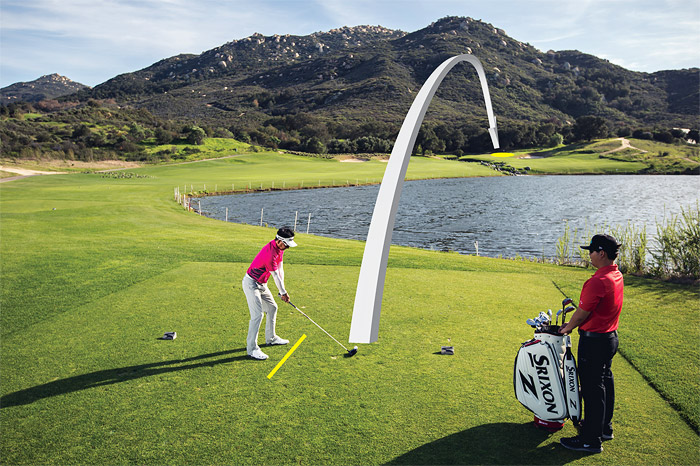 On this particular hole, where it measures 320 yards to the green and the carry over the lake is 260 yards, a golf professional who can reach this green with his or her driver would contemplate the risk-reward factor. In taking the risk of not hitting the green on your drive, you’re looking at bogey or worse. The reward would be a chance to make an eagle.

If you know you can’t even reach the green with your driver, there’s no sense to take the risk or even try to carry the water on the right side of the creek as shown in the photo. 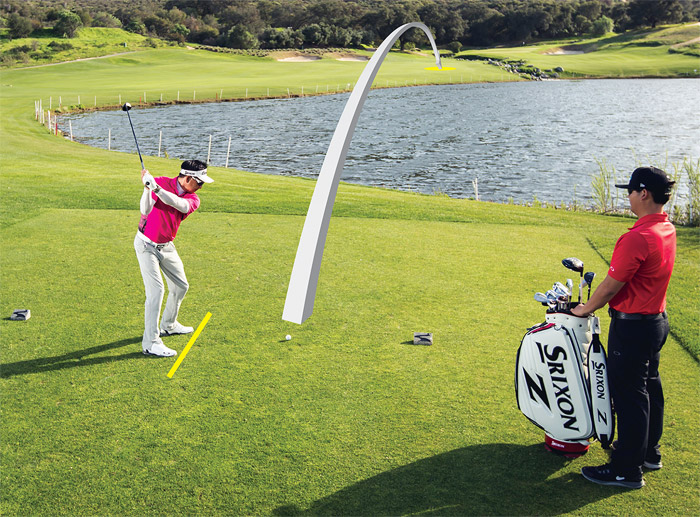 Your next option would be to lay up, but far enough to give you a very short and lofted club. The risk would be either cutting too much of the lake off and dumping it in the water or hitting it too far and ending up in one of those deep fairway bunkers in your intended line. In this decision, if you do hit it into the water, you’ll have to drop pretty close to where you teed off, resulting in a sure double-bogey or worse. The reward for executing a good drive with a driver or 3-wood simply would be having a wedge or shorter club to the green. Again, the risk still seems too high, and the reward isn’t that attractive. 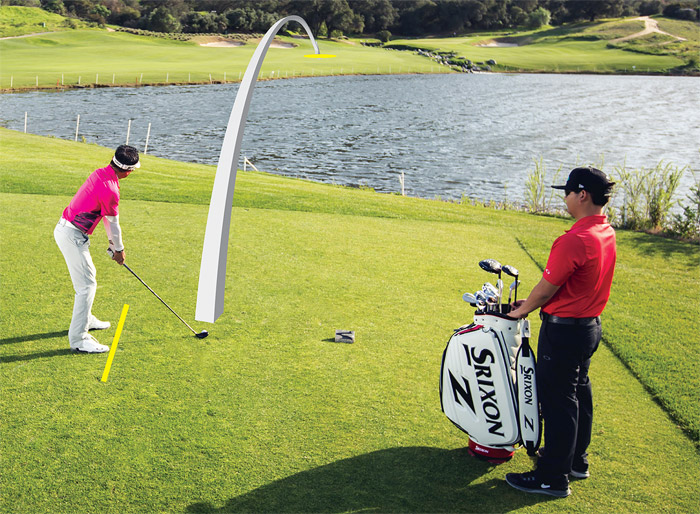 The third choice would be to take a hybrid, or an iron for you bigger hitters, and take all of the trouble out of play and give yourself the largest room for error. The carry for the lake at this angle is only 150 yards, and you have almost 80 yards of fairway and some light rough left of the fairway bunkers. It will leave you with 120 to 160 yards for your second shot into the green.

A golf pro playing in this situation will choose Decision C 99% of the time. Going for the green the other 1% of the time is when you’re mad or trying to catch up to the tournament leader because he or she is too far ahead! 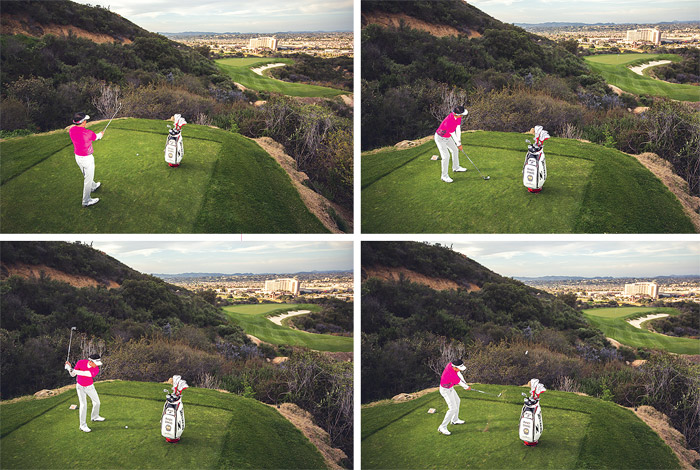 When you come to a hole where there isn’t anywhere to miss the shot, I see too many amateurs try to steer or guide the shot, usually resulting in unfinished and de-accelerating swings. When a martial artist is breaking a board, his or her thought process isn’t punching at the object, but aiming and thinking about hitting through the target.

The same thing can be done when you come to a narrow fairway or a target green where anything right or left will result in a big number. Don’t aim at your target, where you want your ball to end up. Take aim at a target in the distance, in this case, the Pechanga Hotel in the background, and try to hit it into one of the rooms! 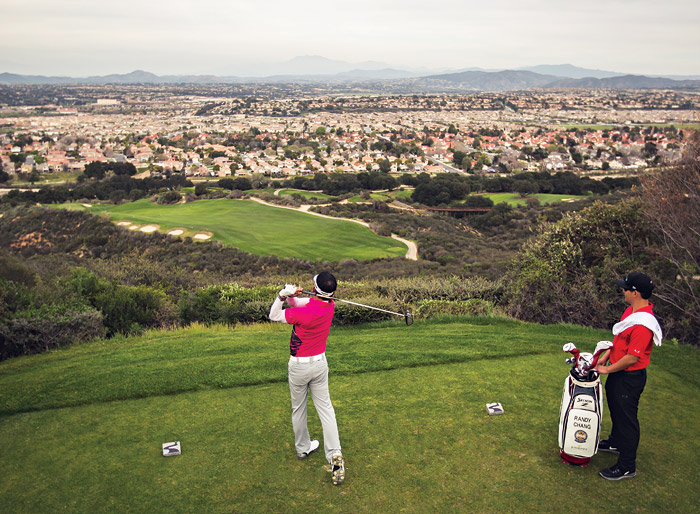 Pick a tree or something past your landing target in the distance and swing for it! You’ll have a better chance of hitting your target and making a positive motion through the ball instead of trying to steer or guide it there.

Randy Chang, PGA, is the Director of Instruction at Journey at Pechanga in Temecula, California. He also owns and manages The Randy Chang golf schools at Talega Golf Club in San Clemente and Back Bay Golf Club in Newport Beach. Randy is the 2010 Southern California Teacher of the Year and is one of the Top-30 Golf Instructors for Golf Tips Magazine.