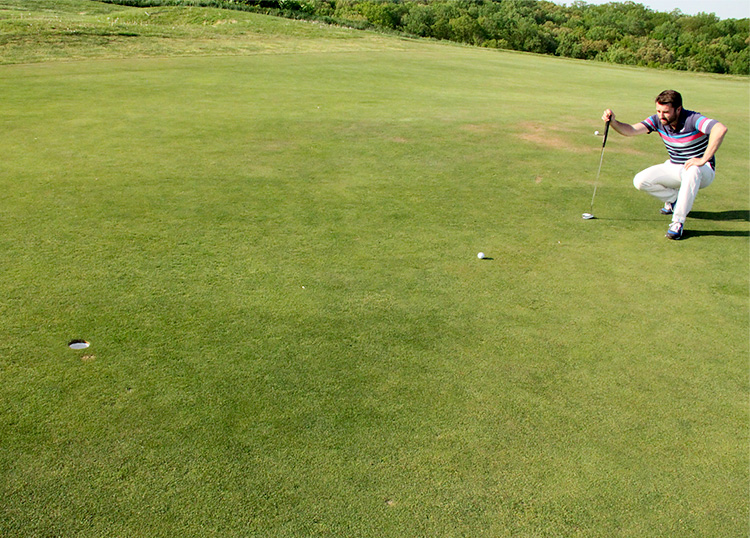 Whatever shot you’re about to play, if you don’t have a clearly visualized image of what it’s going to look like, you stand less of a chance of executing it. And where this has the most powerful effect is the short game and putting. With 60% of the average score within 100 yards, this is an easy way to lower your scores.

Visualization is your way to program the necessary information into your brain to tell your body how it needs to move to hit your desired shot (so you can do it without thinking). In fact, studies have shown that when you visualize performing any physical action, you stimulate those same muscles you’ll use when performing the action in reality. It’s like being able to play a couple of practice shots before playing the actual shot. In the short game and putting, there are lots of options for each shot, and touch and feel are required to consistently get the ball close to or in the hole. It’s not like hitting a full 7-iron shot that you know goes a specific distance on average. For short game shots and putts, you have to rely on your depth perception (judging how far the target is away from you) and then your feel to get it there. 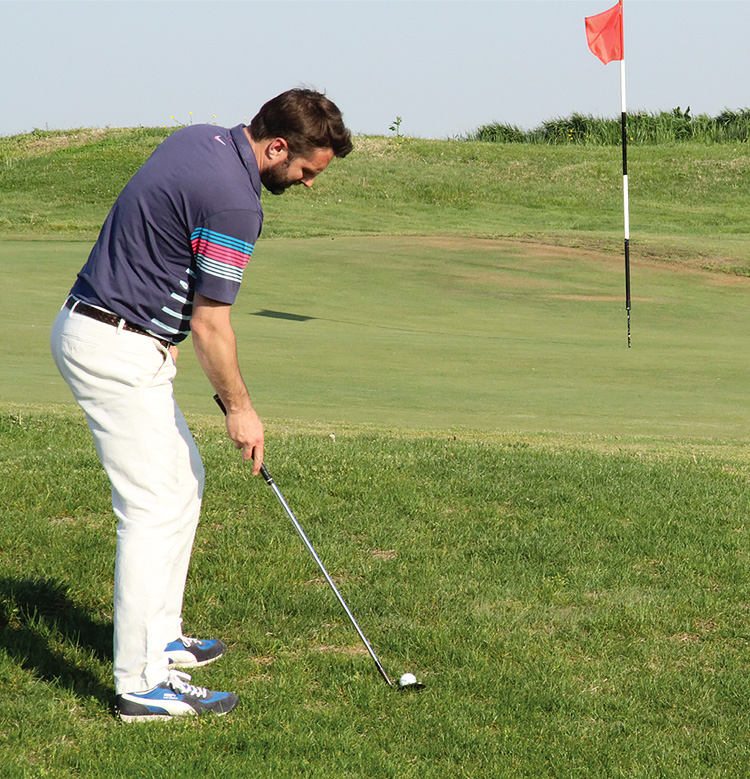 Commit To The Shot

In the short game and putting, commitment is an important factor in your success. Every shot needs to have a plan. There can’t be any doubt or hesitation when you’re over the ball. When you ask yourself the right questions and build a picture of the shot you’re about to hit, you can move more confidently and fluidly about your action, instead of tentatively. 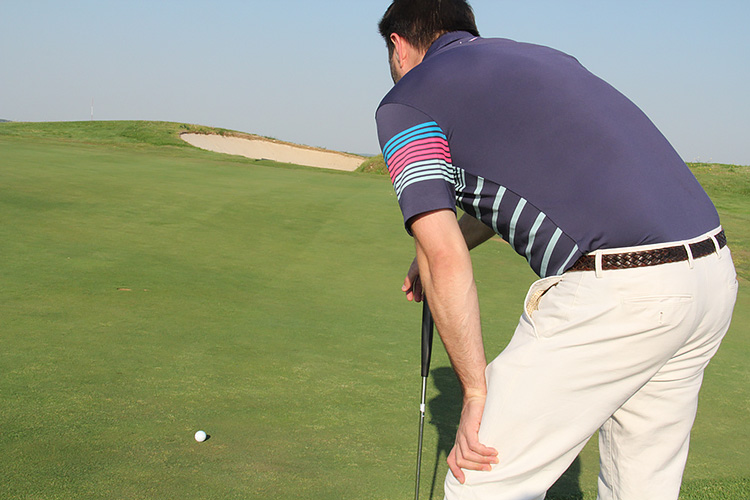 Look And React To The Imagery

With any shot on the golf course, your focus needs to be external, not internal. What I mean is that you need to be focusing on what’s in front of you, not on your swing mechanics. You need to use the information and image of the shot you’ve created to allow your subconscious to control your movement. When you try to consciously control any movement, it impedes it, and there’s a great chance of a miss-hit. You’re much better off trusting yourself to hit the shot.

In most other ball sports, you’re reacting to something that’s happening in the game. But in golf, you have a stationary ball in front of you and plenty of time to think, which makes it a lot harder. However, visualization can help you make it more reactive and keep your movement free flowing.

When you have strong visualization and you’re able to really imprint the image of what you want the ball to do, your attention is more on what’s in front of you and less on your swing. In other words, you’re making golf more reactive. You simply “look” and “react”! Tour players talk about being able to see the image of the shot and the target in their mind’s eye, even when they’re looking at the ball. It’s like having a camera in the left ear (for the right-handed player). This might be considered advanced visualization that you can achieve with practice. How do you visualize for the short game and putting? 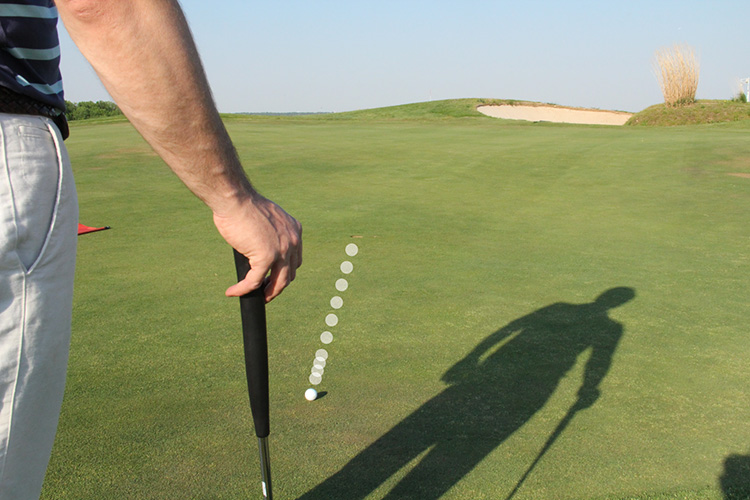 Before every short-game shot, I’d like you to ask yourself the following questions:
• How is this lie going to affect the shot I’m about to hit?
• Where does it need to land?
• How high off the ground will it go?
• How is it going to release to the hole?
• Where on the hole will it drop in? Now paint a picture that shows that shot. You can give the line the ball will travel a color if you like. Keep that image in your mind right up until you take the club back. 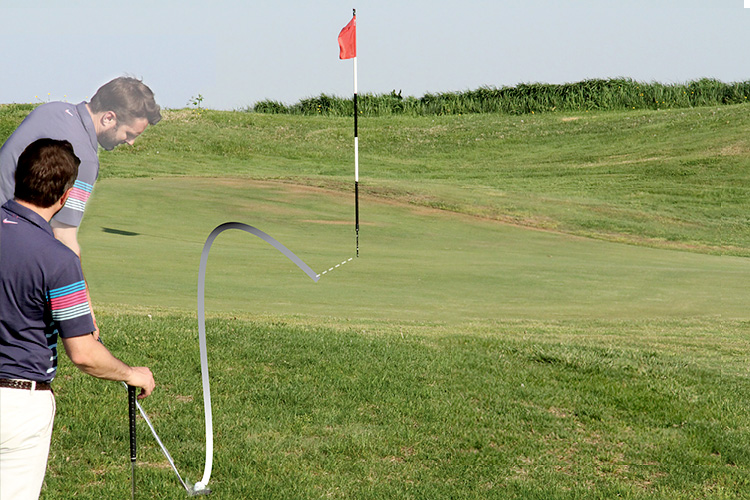 Some players find it useful to take visualization a step further and actually imagine themselves hitting the shot, which further programs the necessary movement before the actual shot.

Experiment with process and outcome visualization, and see what works for you. 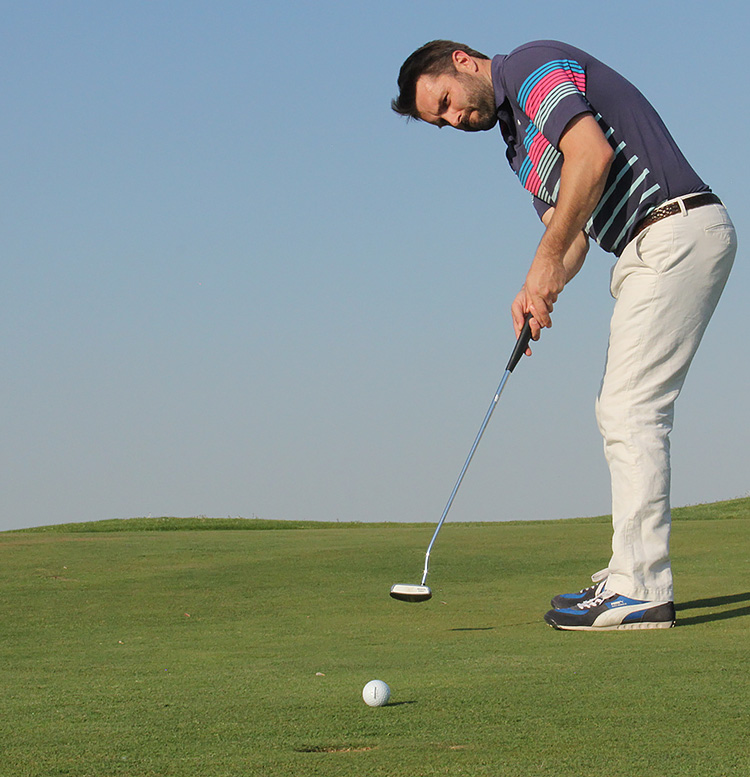 Visualization For Putting
Putting is all about line and speed. If you don’t use visualization, you’re throwing away strokes.

I’m going to assume your green-reading skills are pretty good and you’ve got a good idea of the line to the hole. Standing looking down the line (facing the putt from behind), make several practice swings until you feel the exact line and speed. Imagine the ball leaving the putter face and following its line to the hole and dropping in. When you feel you have it just right, step into the putt. When you’re over the ball, see the putt again and make your stroke. Here, you’re “reacting” to the image of the line and trusting your body to hit the putt with the right speed (no technical thoughts!). Accept the outcome whether it went in or not and move on.

David MacKenzie is the founder of Golf State of Mind. David is an expert on the Mental Game of Golf, Short Game and Putting. To learn more about David, visit www.GolfStateofMind.com. He can be reached at [email protected].