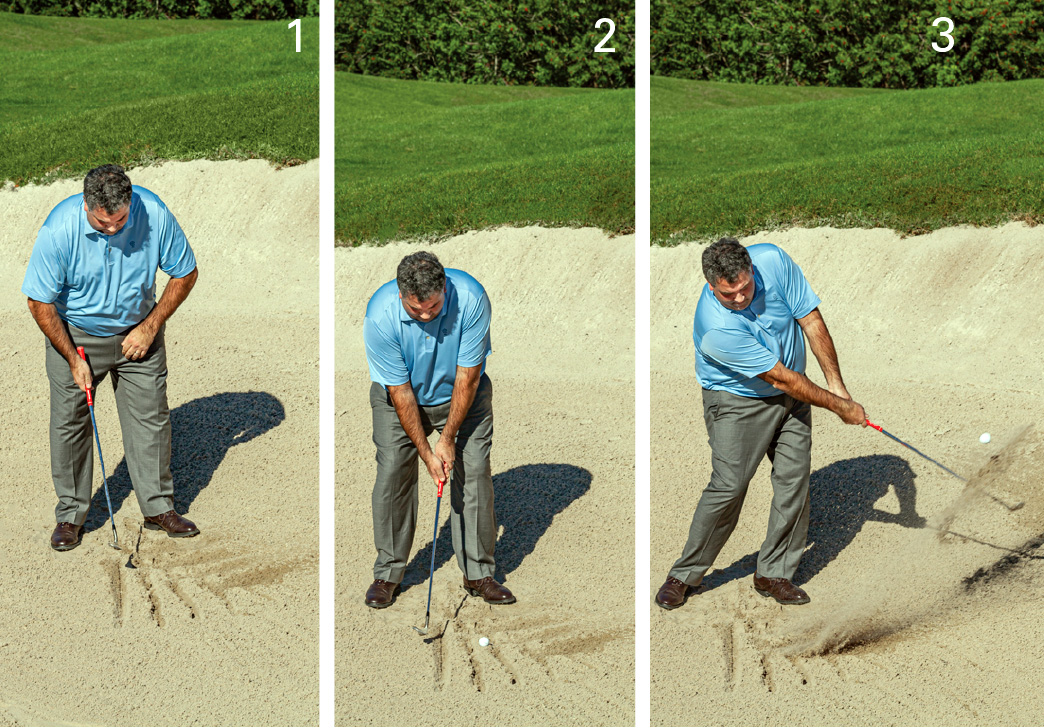 A green-side bunker shot is supposed to be one of the easiest shots in the game. After all, it’s the only shot in golf where we can hit up to three or four inches behind the ball and still get an acceptable result.

Most golfers struggle with a green-side bunker because they have a difficult time controlling exactly where the club hits the ground. If you hit the sand too far behind the ball it stays in the bunker…hit too close to the ball and it goes sailing over the green. Learning how to control where the club strikes the ground is paramount to getting out of the bunker on the first try.

That’s where the “Umbrella Drill” comes in.

In Photo 1 you can see I’ve drawn several lines in the sand that look like the ribs of an upside down umbrella, beginning in the middle of my stance and progressively angling out toward the toe of my front foot. The idea is to keep your feet in the same place and make practice swings progressively erasing each “rib.” It teaches you how to move the bottom of the swing arc forward or backward in stance as needed.

Finally, place a ball on the rib opposite the inside heel of your front foot (Photo 2) and practice trying to make the club hit the sand between the two ribs on the umbrella (Photo 3) … allowing you to take just the right amount of sand.

Brandon Stooksbury, PGA, is Director of Instruction at Idle Hour Country Club in Macon, Georgia. Visit him at www.stooksburygolf.com