I have been teaching and building golf training tools for over 30 years. Both have truly been a passion of mine, starting back when I was a young teenager helping out my friends with their golf game.

When I became a young golf professional, building training tools began to accelerate. As the knowledge of the golf swing and short game grew, so did my arsenal of training tools. Although, many of these devices were built with equipment and materials found at your local hardware store, in the following tip on improving your greenside bunker game, I have used a couple of things that you might just have lying around the house. Have no fear: There’s no table saw, drill press or hammer needed to build this training tool creation!

WHAT YOU NEED
Eight-inch piece of a noodle – like one your kids used the pool when they were little – a dust pan, and a tape measure 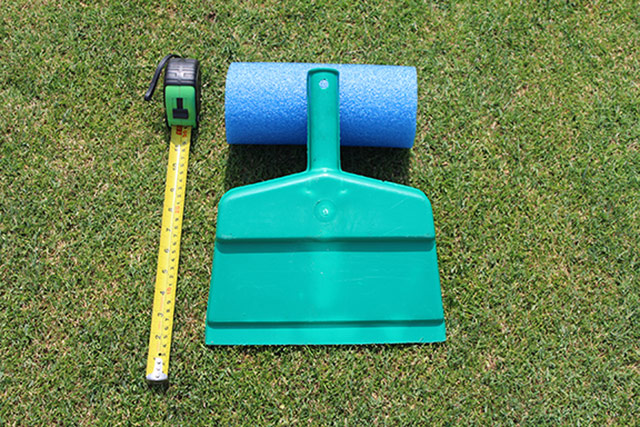 • One of the keys to consistent sand shots is hitting the sand two to three inches behind the ball. A common occurrence is when the golfer makes contact too far behind and leaves the ball in the bunker.

• Similarly, contact can be made too far behind the ball, but resulting in ‘sculling’ the shot into the lip or over the green. This happens because the club enters the sand with a shallow angle of attack, which causes the club to bounce off the sand and as it is exiting, skulls the ball.

• Both cases require precision relating to sand contact – again two to three inches behind the ball. 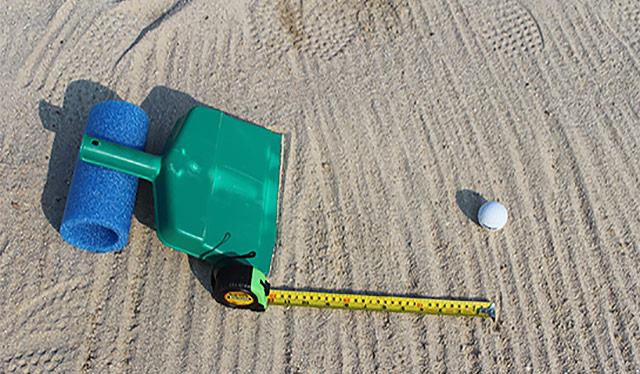 1. Lean left address and maintain the lean throughout your stroke
2. Use your wrists early in the backswing to create a steep angle 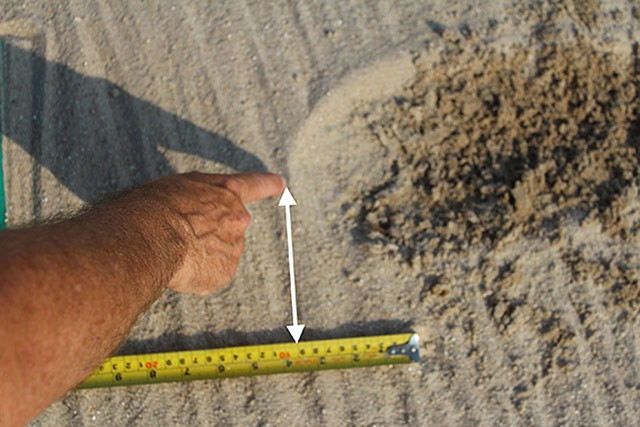 What a Nice Feature: Clean up your messy ‘sand divot’ with the dustpan!

THE RESULT
Consistently out of the sand trap and eventually close to the hole.