Unlike most other major sports, not all golf is played on a flat surface. That’s just one of many reasons it’s such challenging and fascinating game. But how many practice ranges actually offer uphill and downhill shots? Not many, though such lies come up all the time during an 18-hole round — including the all-too-familiar “downhill” stance where your trailing foot is higher on a slope than your forward foot.

This tip addresses how to properly set up for this downhill shot. You won’t always encounter flat lies on the golf course, so practicing downhill shots will allow the player to be more proficient in downhill shot making.

Let’s focus on where the body weight should be at set up and the direction the club should move on the follow-through. 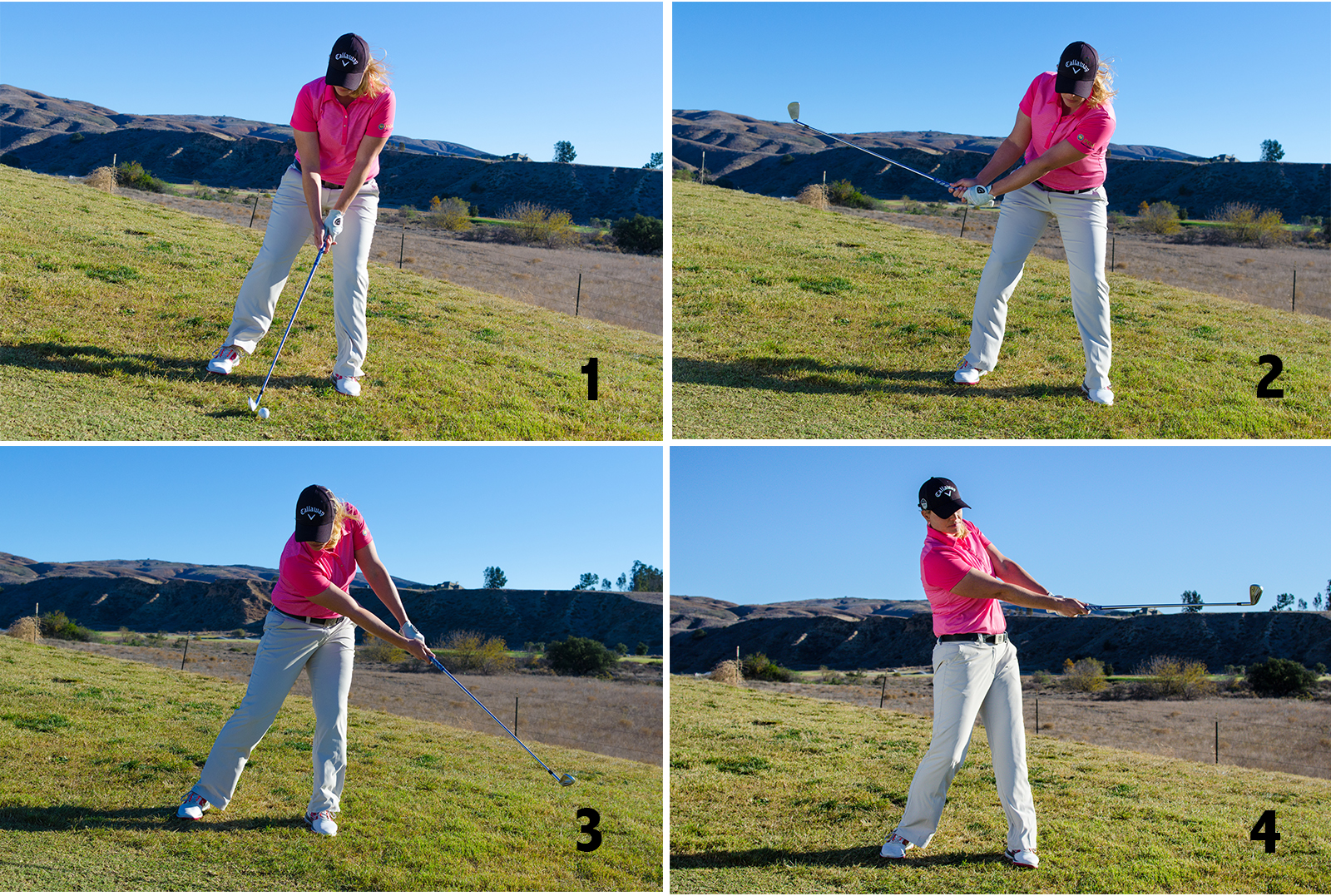 Take a few practice balls and find a downhill slope to practice on. Position the ball in the center of the stance (Photo 1 in the sequence above). This way you’ll be able to catch the ball first. Place more body weight on the lead side of the body and match the angle of the shoulders with the angle of the ground (left shoulder will feel slightly lower than the right shoulder). This inadvertently treats the shot as almost level. Make sure to execute a normal, on plane takeaway and backswing, keeping your head centered over the ball (Photo 2). Then comes the key move: Swing down along the hill in your forward and through-swing, as in Photo 3. Do not pull up on the shot and try to “help” it up, as in Photo 4. The proper follow-through will feel lower than impact position. Expect the ball to fly lower than normal as the follow-through will be lower and the weight will be more forward; to compensate for this, be sure to select a higher-lofted club than normal for a given distance.

Alison Curdt is a PGA Master Professional in Instruction, 2015 LPGA National Teacher of the Year, 2016 Southern California Section Teacher of the Year and a featured instructor on the Golf Channel’s SwingFix. Find out more at www.alisoncurdtgolf.com