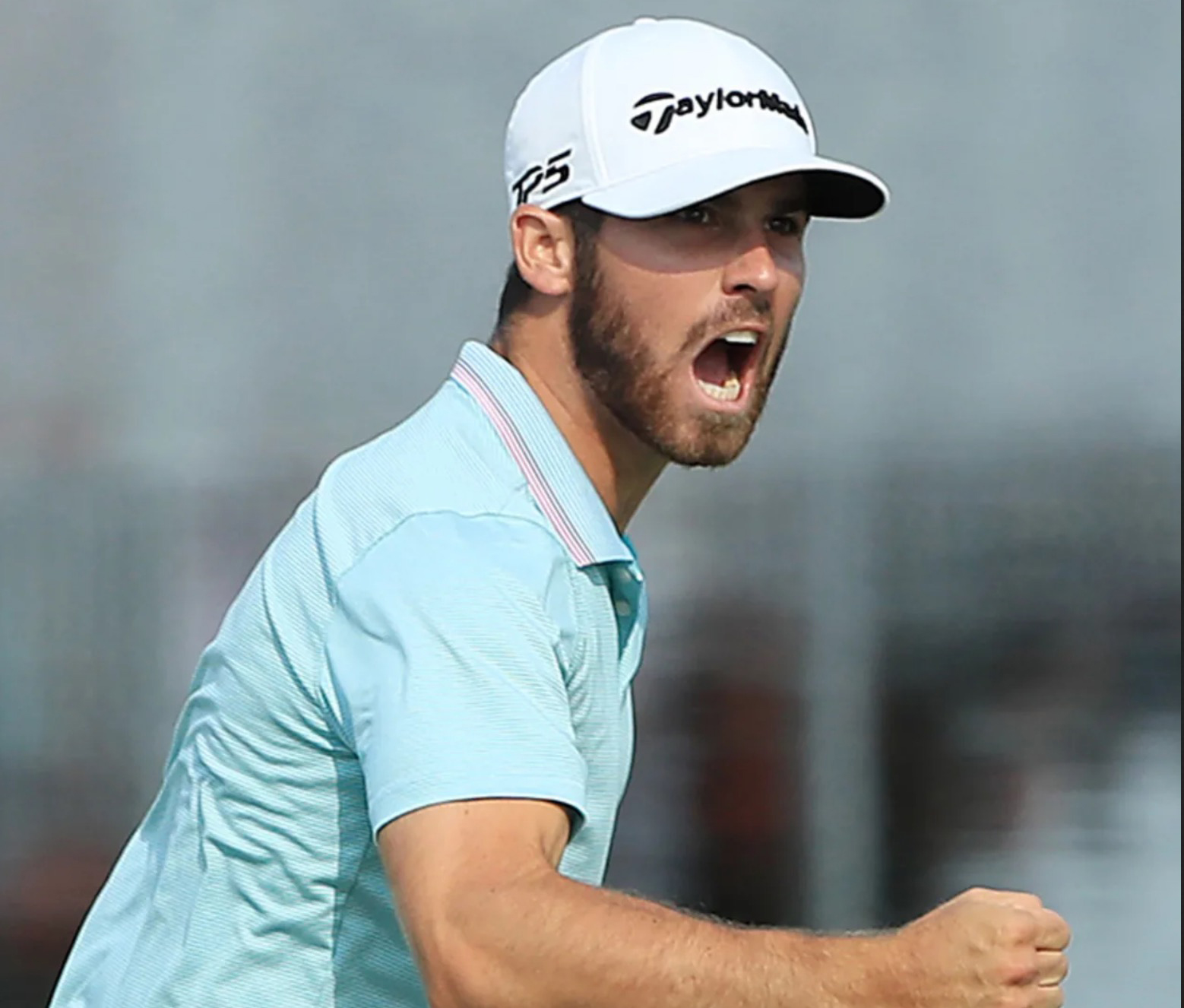 This story on Matthew Wolff was updated July 7, 2019

While the PGA Tour is far more loaded with look-alike swings than it was even a decade ago, once in a while a truly unusual move will come into view. Latest case in point? The big-bashing, left-foot-raising, way-past-parallel swing of Oklahoma State phenom Matthew Wolff, who just won his first PGA tournament, the 3M Open in Blaine, Minnesota, by outlasting fellow rookie Collin Morikawa and veteran Bryson DeChambeau with an eagle on the final hole of TPC Twin Cities.

I like his swing.  Too many people and coaches are rating and looking at swings only through the lens of aesthetics.  His backswing is unusual, makes me wonder if he grew up playing racquet ball, but his downswing is great.  He has tons of power moves and has proven he can perform under pressure.  If you can repeat it and it hold up under pressure then it will work.

Matthew is like the others out there, the Dalys, Barbers and Furyks. We’ve all learned that what happens at impact is the moment of truth!
If we cut off the top of the body from the belt up, and focus only at impact, we probably won’t be see much difference.
Compensations can be a funny thing!

The ball only knows impact, so what happens in the backswing can be deceiving. His unique move in the backswing sets up an awesome moment at impact allowing him to maximize distance and ensure accuracy. Fun to watch for sure!

Matthew Wolff has incredible speed plus clubface awareness, otherwise he wouldn’t control the ball. The name of the game is controlling the ball. It’s not “good,” “pretty” or “standard,” but he controls the ball.
The open mindedness of the modern Coach/Teacher is to let players express themselves athletically but to have the important skills.
That’s want counts: function over form.

Personally, I love it … the only goal of the golf swing is to repeat under pressure so you can shoot good scores and win golf tournaments. When my daughter was playing for the LSU Tigers she had a teammate with a very funky swing who is a great player. I thought to myself, how many people probably tried to change that swing over the years, much like Jim Furyk. And I bet people with unique swings feel like they looks totally normal. I cringe when I hear teachers say a flying right elbow is a bad thing. Sure worked for Jack Nicklaus and Fred Couples. I like watching this kid’s golf swing — he hits it hard and straight.

His motion is “unorthodox” by the standards we, as instructors and coaches, follow — however, it is HIS. He gets back to impact with flair but his swing speed and the quality of his ball striking proves that a unique swing motion is not a bad thing — it just is his.

Matthew Wolff has been successful at every level that he’s played. Throughout the history of golf we’ve seen many successful unique swings on the tour. Some that come to mind are Jim Furyk, Gay Brewer, Miller Barber, Calvin Pete, and Ed Furgol to name a few. All of these players one major championships and had very successful careers.

One of the things that I like most about Matthew is his routine. I’m a big believer in the importance of having a consistent routine. He begins his swing the same way every time. It looks a bit nervous, but he is just breaking up any tension. It is unique and it works. I see nothing wrong with unique.

Today’s game is also a power game, and there’s no question he has that to spare. I give his instructor George Gankas a lot of props for not trying to rebuild Matthew’s swing but rather work on enhancing pieces to match up with his natural motion.

If Matthew has the career I expect, the big winner will be the game we all love. Great golfing, Matthew. All of us here with Golf Tips Magazine wish you nothing but the best!

This is not the first unique swing we’ve seen on tour, and will definitely not be the last. Although unique, so long as impact repeats, what does it matter what the swing looks like?

According to Wolfe, the swing is homemade, made to get the club face to work for him each and every swing.  His set-up does the same, allows his unique capabilities to repeat, while staying in dynamic balance. And according to FlightScope, the numbers are as good if not better than most when it comes to a solid impact position.

Nothing wrong with unique, especially when it continues to advance your career and your increase your achievement list.  I hope he remains his own person, drowns out the noise of critics, and shows that nonconformity has its privileges.

There’s many ways to get it done especially when you are young and flexible. It will be interesting to see the longevity of the body more than the swing. As you get older, your body breaks down and changes. The question is how will the body hold up with the forces being put on the frame, joints, ligaments over time and if there will be any injuries. It’s great to see different players get it done with different techniques. Keeps us all employed … and learning.

Matthew Wolff’s golf swing may be different. If you notice, he loops it back to the inside, then the clubhead returns to the same place it started. Does it really matter how he does it? I think not. Good for him for doing what works.

Young Mr. Wolff, although still an unproven commodity as a professional, certainly thus far carries a resume’ that would imply there are promising times ahead.

I too am looking forward to watching Matthew get started with his career. I really like watching his swing. I love the consistency of his routine. You get the impression that during his routine he’s totally into his target and not worrying about his swing. I love how he slings that club with no fear!

First of all I cannot give George Gankas enough credit for NOT pushing this fine young player into a specific mold or swing model that many teachers have!  Of course we all have our thoughts on positioning that makes more sense for certain swing types, body types, practice times, and coordination levels, but when it comes to the scratch and better players you must work with what they have already done so successfully.  In my opinion Wolff has the mental freedom and full belief in what he is doing mechanically and that is the buy-in that any teacher needs to help a player at this level reach his full potential.

Certainly, George is helping him tighten a few things up, but in addition he is continuing to make Matthew believe he is moving in the right direction — and like Butch Harmon what only matters in instruction is what you do that makes the player play better — not what his swing looks like overall.

Swings don’t win tournaments…people do! With this being said, I am excited to see this young man succeed as he has at every level he has played, with his individual/unique golf swing motion that produces such good speed … this long hitter has a wonderful pivot that allows him to “throw the clubhead” into the ball as if he is skipping a stone. Personally, I love his order of movement and feel like everything he does works great for him! Different is OK … and good … and proven over and over again with tournament winners on all the Tours.  He’s fun to watch. #StepAndThrow!