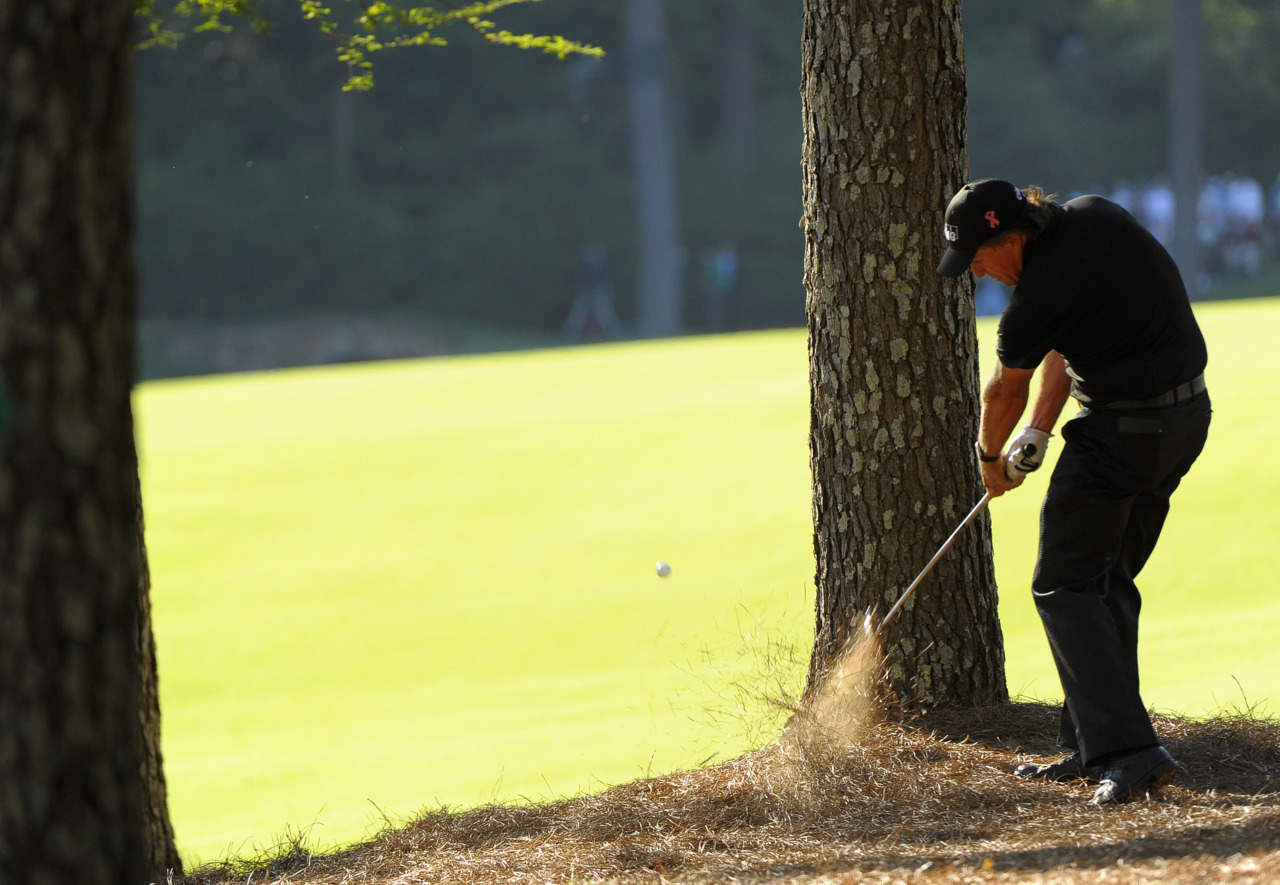 It’s Masters Week, and with Tiger Woods back in contention (some booking sites have him as the favorite, believe it or not) alongside perhaps the strongest field in a generation, the 2018 edition shapes up as a must-view. Not that most golf fans would miss it anyway. So, to celebrate the year’s first major, we recount a handful of great Masters shots from its eight decades of competition — then shows how to hit those shots via great professional instruction from the Golf Tips archives.

Both of these world-class lefties left themselves in precarious positions off the tee, pulling their drives into the trees with few options to get to the green. What they did next nearly defied physics and caused Augusta National to rumble with cheers — with both relying on that much-valued shot shape, the draw, to pull off epochal recoveries.

Mickelson was in contention for his third green jacket when he came to the par 5 13th and attempted to hit a cut around the corner, only to pull it slightly into the pine straw, with a stout loblolly pine between him and the pin more than 200 yards away. Instead of pitching out he pulled a 6-iron and pounded a towering draw over Rae’s Creek to four feet. He missed the eagle putt but his birdie led to a final round 67 and his Masters hat trick.

Watson, who was seeking his first major, was in even worse shape on the first hole of his playoff with Louis Oosthuizen, hooking his drive so far into the bushes and trees about 140 yards from the 10th green that there seemed no chance for him to get home in two. But after surveying his options, visualizing a wicked boomerang that he hoped would land him somewhere on the green and stepping up to his ball nestled in straw, he gave it a mighty, exaggerated in-to-out lash and caught it cleanly. After hooking through a tunnel of trees and whooping patrons, the ball landed in line with the hole, rolled to within 20 feet and allowed Bubba to take the green jacket with a two-putt par.

YOUR SHOT: THE DRAW

Sure, both of these examples are extreme, but without the ability to “turn the ball over” in a big way, neither Mickelson nor Watson could have manufactured such near-miracles. Good thing we’ve got a full goods on how to hit a draw in this great five-part series from PGA teachers Scott Yurgalevicz and Steve Sieracki.

How To Hit A Draw: Following The Grid To Your Destination

How To Hit A Draw: Turn Your Hips

How To Hit A Draw: Hinging Your Wrist During The Backswing

How To Hit A Draw: The Lateral Slide To Start The Downswing

How To Hit A Draw: Extend Your Arms Through The Follow-Through