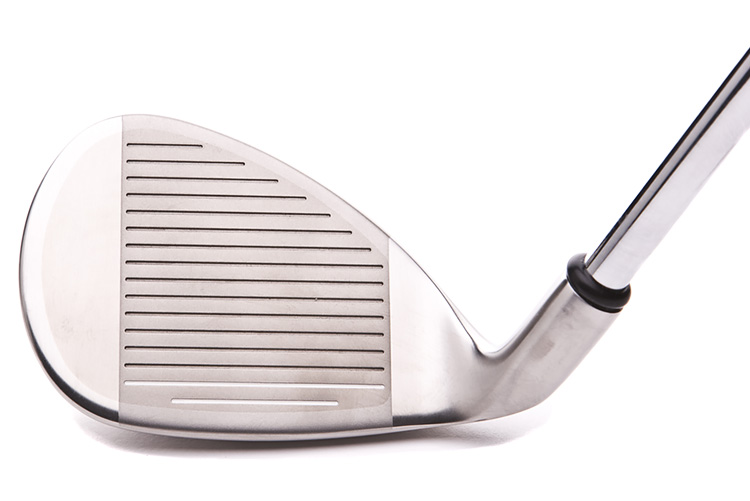 Beginning with the June-July 2016 of GolfTips I will share with you what I have learned and come to strongly believe in during my nearly 40-year teaching and coaching career. My journey as a teacher-coach is headed towards its fourth decade and a few years back eclipsed some 50,000 plus lesson hours given. I would like to think along that long dusty trail I have learned a thing or two.

My Six Spoke Approach was nurtured and matured over many years and inspired by all of my wonderful students who, knowingly or not, both taught and inspired me to grow as a teacher – coach. Thank you one and all.

In the fall of 1993, I had the epiphany: That something was missing in my presentation to my students. Every year, at the conclusion of my teaching season (both my northern season or my southern season in Florida), I sit down and ask myself a few fundamental questions.

1. Did I help my students in every way possible?|

3. Did they actually improve per the level of effort they put in?

That fall, as I reflected on the lessons of the season, I concluded that I was missing something. Those who know me well, know I hate to miss something! I at first couldn’t put my finger on it, but as time passed and I wrote notes, the fog began to lift and I began to see the missing pieces. They were not yet crystal clear but I had found (at least I believed I had found ) a starting point. It was becoming increasingly clear to me that for any player passionate about improving his or her game, the standard “Xs and Os” golf lesson we had come to know was a very small part of a much larger picture.

During my 11 years as Director of Instruction I was extremely blessed to meet so many wonderfully talented people who influenced who I have become as a teacher-coach. Talented people like Bill Strausbaugh, John Kennedy, Eanna Rushe, Dr. Andy Weiland, Peter Sanders, Jim Flick, Peter Egoscue, Evan Schiller, John Elliott, Randy and Ross Henry, Fred Shoemaker, Rick Jensen, Tom Shea, and Jim Mapother. There are so many more . If you Goggle each of the above names you’ll realize how incredibility blessed I was. I pushed forward in my journey to truly understand how to develop the motor skill we call golf.

My book finally went to print in 2005 with the guidance and encouragement of a dear friend and student of mine, Sean Moran, and his wife, Julie Moran. Sean believed I had a powerful message to share when not many others did not . Well, many years and so many recognitions and teaching awards later, I’m both honored and humbled that GolfTips and editor Vic Williams have asked me to update you one “Spoke” at a time over the next six issues.

Although not much has changed in my basic belief system as it relates to the Six Spokes, technology and research has allowed us to better understand the enormous power of this approach . Eleven years after the book was first putt on shelves, I’m most proud that advanced technology and research have proven that my “blueprint for success,” as I call it, was 100 percent right on.

Therefore, follow along with me over the next year’s worth of GolfTips as I take the 2005 version of The Six Spoke Approach and update it in 2016 terms. If you want to understand the birth of the philosophy of my belief system, you can find a copy on both Kindle and Amazon to study and help guide our journey together.

I will tell you the following without hesitation: If you get a copy of the book and follow the next six communications in GolfTips and adapt the blueprint of success as your daily improvement game plan, you’ll be on your way to the best golf of your life!

I’m excited to share my Six Spokes with everyone. Please tell a friend and see you in the next issue with Spoke No. 1 — The Body 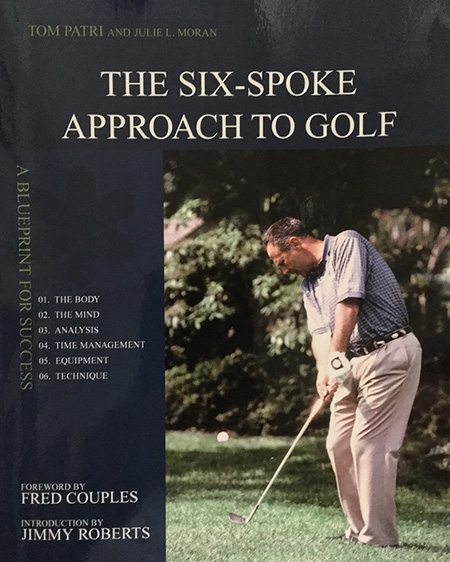 Golf requires seven essential physical attributes: proper posture, a full range of motion, strength, stability, balance, speed, and coordination. Unlike gymnasts, jockeys, ballerinas, and basketball players who tend to share certain physical attributes, talented golfers come in all shapes, sizes, and ages. There’s no such thing as ‘built like a golfer.’ — From Part 1 of our series

When Tom and I met, I wasn’t Fred Couples the Tour Player and he wasn’t Tom Patri, one of the Top 100 Golf Teachers in Amercca; we were just two kids in college chasing a dream. I was at the University of Houston and Tom was at Florida Southern College. During the spring of my sophomore year and his junior year, we met while playing in the 1980 NCAA Championships at Ohio State on their fabulous Scarlet Course.

The University of Houston was a perennial favorite, and Tom had qualified as an individual by finishing second in the NCAA Division II Championships. Though we’d met briefly the fall before, we ran into each other again at Scarlet during the practice rounds and on the range. We talked at length and just seemed to hit it off. (I’m pretty quiet by nature, and if you haven’t met Tom in person, let’s just say he isn’t.)

The NCAA had a 54-hole cut for both teams and individuals and, although I’d made cut as an individ ual, both the University of Houston and Tom found themselves just outside the cut line. Later on, I found Tom trying to make a plane reservation home. Since my team and I were trying to escape the wrath of our coach, Dave Williams, for missing the cut, we were on our way to play at nearby Muirfield Village and asked Tom if he would like to join us. He quickly dropped the phone, and we were on our way. That afternoon we had a blast. We’ve been good friends ever since.

Since then, I have watched Tom’s career grow, and have witnessed the development of his sound teaching philosophy, the Six-Spoke Approach, which I support wholeheartedly. Tom’s Six-Spoke Approach to Better Golf — or, as he also calls it, a “blueprint for learning” — is an outstanding method for improving your play. When Tom first discussed it with me, I knew that he was on to something that would help players of all levels reach their potential. I saw, too, that his approach mirrored the approach that a lot of us on the PGA Tour utilize on a day-to-day basis.

Many of my peers work with a sports psychologist — not merely to survive, but to find the edge that will take them to the next level. A very high percentage of us work on our physical well-being, especially through the use of exercise programs specifically aimed at improving the physical skills needed to play golf as well as prevent injury. I personally have had to work very hard on my fitness to ensure that I can play the events that are important to me and my career.

In addition, most of us chart our progress statistically, many with computer-assisted analysis. This is the only truly objective method of Uncovering where valuable shots are lost. Time management is certainly one of our biggest challenges, and one that all Tour players face. We are all interested in tweaking our equipment and finding that edge through the latest technology. And hardly any of us do not work with a coach to refine our technique on a regular basis.

Please allow my pal Tom to help you design your blueprint for success using the Six-Spoke Approach. We both wish you great success on your journey.