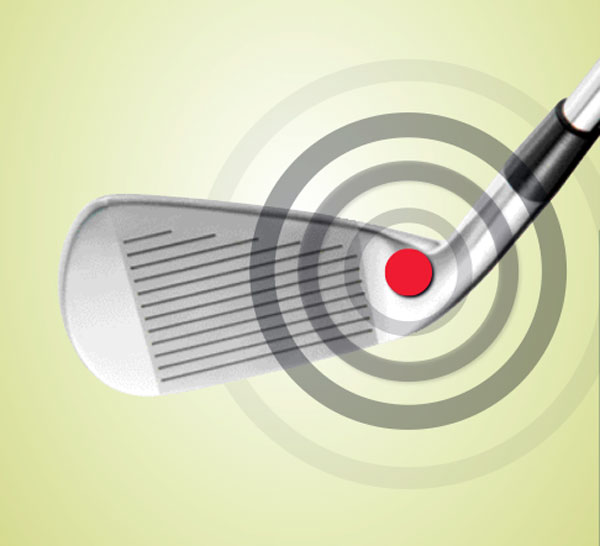 What’s the most hated, feared and downright embarrassing shot in golf? Without a doubt, it’s the dreaded shanked shot. The shank has no limits, often affecting both great players and novices, with varying degrees of effect. Some golfers hit a shank and move on; others get stuck with “the shanks” and can’t kick the darned habit of striking the ball off the neck of the clubhead. Are you one of those folks? If so, read on. We’ve got you covered.

A shank can happen many different ways. One of the most common causes of shanking the ball is to swipe across the ball from outside the target line to back inside the target line. When you do this “outside-in” move, you run the risk of the neck and hosel of the club reaching the ball first. This means unless your clubface is closed or you’re really good at finding the clubface, you’re going to shank the heck out of it more often than not.

The solution is to start learning to swing more from the inside out. Start your takeaway inside the target line, and initiate the downswing with the body to prevent coming over the top and swiping across the ball. I call it “dropping the club in the slot,” where the club (from the angle in the center left photo) is right in between both arms. Get the club here and rotate through to the finish. You’ll hopefully shank a lot less often.

Another cause for shanking is the hands either releasing too slow or not at all through impact. What does it mean to release? Simply put, the hands need to release through the impact zone in order to square the face before making contact with the ball. If they don’t release in time, the club will make contact with the neck end of the iron first, dramatically increasing the chances for shanking.

To fix inactive hands, loosen your hands and make a few short practice swings while concentrating on releasing the hands well BEFORE you reach the golf ball. This type of release is a bit extreme, but when it’s  time to make actual full swings, your hands will be more prepared to release right over the golf ball.

The third common cause for a shanked shot is an overactive body turn. If the body slides or rotates too much, and the arms and hands don’t have time to catch up, what happens? The clubface reaches the target wide open, and the ball shanks right off the neck. Ouch! Just the thought of such a shot ­makes me cringe. In fact, any time your body becomes disconnected, the chances of shanked shots increases tremendously. {mospagebreak}

To help limit the body from overturning on the downswing, and also to encourage a more inside-out swing, try this drill. Align your stance with your foot closest to the target (my left foot) in front of your body and your other foot behind you (as if you’re walking forward). Now, go ahead and try to hit a few shots from this position. This drill will help maintain your turn away from the ball and allow your arms to swing from the proper path and release the clubhead on time. It’s a great drill to get your swing coming in from the inside, and also for limiting excess body rotation through impact.

Having a weak grip can mean two things. One can refer to weak grip pressure, where the club can slip in the hands through the swing. In this lesson, I’m actually talking about the other kind of  “weak,” which refers to weak hand positions. Take a look at my left hand. It’s in a weak position, meaning there isn’t much room left for the hand to rotate through impact. It’s already almost facing the target. The weakness inherent in this grip can cause the clubface to remain open at impact, again leading to the dreaded shank.

To fix the problem, strengthen your grip position by turning your left hand more to the right (as the photo shows). The stron-ger your grip, the more room you’ll have to execute a fuller, quicker rotation through the golf ball. Just remember, “strengthening your grip” doesn’t mean gripping the club with a lot of pressure. It means positioning your hands in a stronger position for a better release.

Jeff Yurkiewicz is the head golf instructor at the Grayhawk Learning Center at Grayhawk GC in Scottsdale, Ariz.

For more info, log on to www.grayhawk.com. Also, check out See It Golf, at www.seeitgolf.com.