THE SWEET SPOT OF THE PUTTER

As you may already know, distance control with your putter is the No. 1 objective to achieve. As you control your distance, so shall you control direction. But both distance and direction have one thing in common. You guessed it, hitting the center of the putter’s club face. Being just micro fractions off center can cause the ball to not roll as far as you intend — or, have the ball roll as much as several inches off direction.

There are many different products on the market to emphasize striking the center of your putter as you increase your putting skill level. But you have something already at home or in your office that will do the job — rubber bands.

You’ll need two rubber bands, preferably wide and not very long. Rubber bands the post office uses are ideal. Place both rubber bands around your putter (Photo 1), ensuring that as you wrap each band that it remains flat on the face of your putter. Spread the bands out far enough to allow a golf ball to strike the center of the face, leaving the smallest margin of distance between each rubber band as possible, based upon your current skill level. The objective of this drill is to see how small you can make the distance between each band while still striking the center of the club face (Photo 2) and not striking either rubber band. 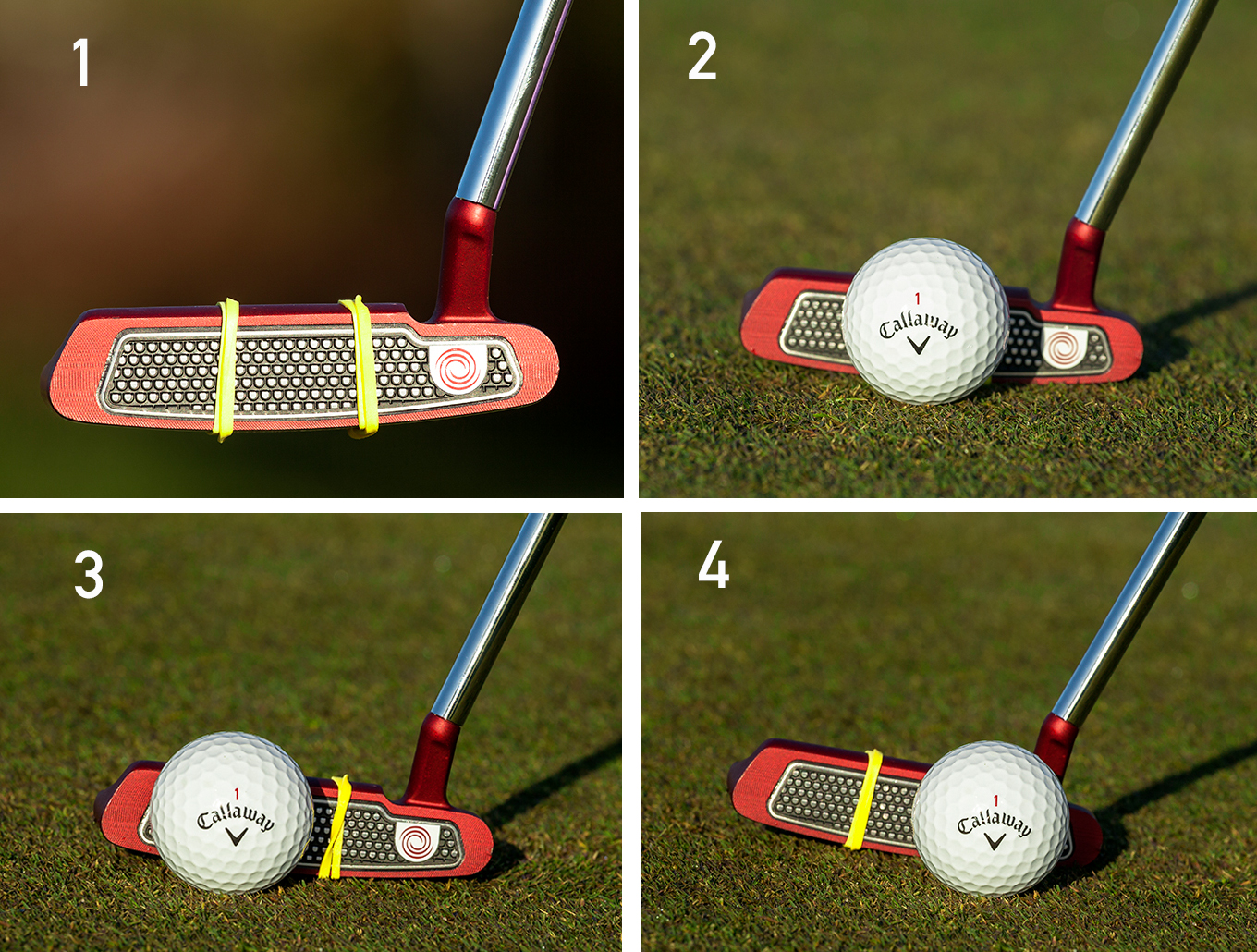 HOW DO I PRACTICE WITH YOUR RUBBER BANDS?

As you increase the number of putts you make from that distance, start venturing away from the hole in one-foot increments, again emphasizing striking the center of your putter. As you get further from the hole, your stroke gets a little longer, introducing the possibility of you changing the direction of the putter’s path as you make each stroke. The rubber bands will assist you with keeping your putter path more consistent as well as insuring you are accelerating with each stroke.

When you start making 80-90 percent of your putts using the rubber bands from as much as 10 feet from the hole, you’ll know you are grooving a putting stroke that is more consistent, allows you to control your distances more precisely, and your aim lines become more vivid.