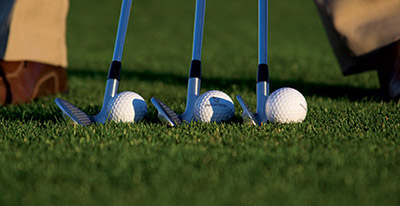 In a perfect world, every shot in golf would be the same distance, and we’d only have to use one club the whole round. Instead, we have 14 clubs to choose from, mostly made up of irons of different lengths and lofts. Some instructors say that you should make the same swing with every iron, play the ball in the same spot and, lastly, expect the same results with each club. Well, I’m here to tell you that’s not necessarily the case. Depending on which iron you use (we’ll simplify things by breaking it down into short, middle and long irons), the golf swing will be a little different each time. This is because no two irons are exactly alike. For instance, the longer the iron, the more you need to stand away from the ball and the flatter your swing will be.

Conversely, the shorter irons have the opposite effect and produce a more upright swing. This phenomenon is why some golfers can hit their short irons well and struggle with their longer irons. They most likely don’t know that they have to swing the long irons a little flatter! The key is to understand how different irons affect your swing, and then make the proper adjustments. The following tips will help clear up any confusion and get you on the right path, right away. 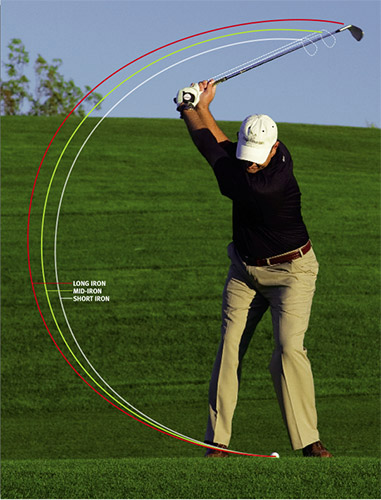 Top Positions
Here’s a little physics lesson: Longer irons have a bigger arc, hence more centripetal force and more speed at impact than do short irons. With the same swing, a long iron produces a faster clubhead speed. So, stop swinging that long iron harder in order to hit longer shots. Rather, keep your swing lengths the same and let physics do the majority of the work. 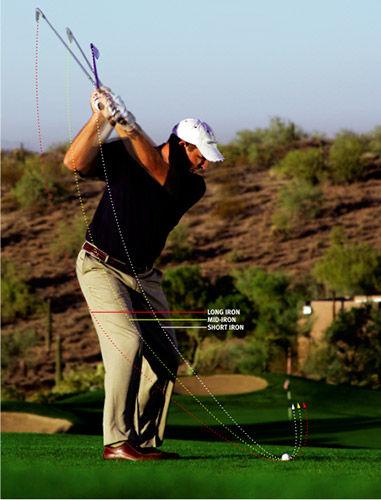 Plane Positions
The iron you choose dictates your swing plane. Short irons are swung on steeper planes because they’re shorter and upright, forcing you to stand closer to the ball. Long irons are swung on a flatter plane because they’re longer and flatter, forcing you to stand farther from the ball. Remember to adjust your swing plane for the different lengths of clubs in your bag and focus on keeping your swing rhythm, balance and tempo the same for every shot. If you struggle with either long- or short-iron shots, it might be because you aren’t allowing for the natural changes in plane that occur with different irons. Let yourself adjust and you’ll quickly improve. 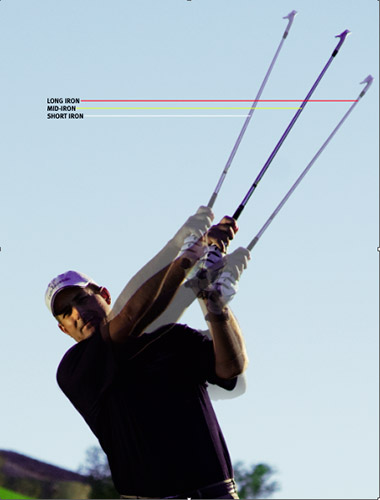 Finish Positions
Finally, just as the setup, plane and top positions are different for different-length irons, so, too, is the finish. As you can see, the longer the club, the flatter the finish, and the shorter the club, the more upright the finish. The key is to remember that these subtle differences aren’t the result of manipulation; rather they’re a product of the different lengths of the clubs. This doesn’t mean swing harder with your long irons and softer with your short ones. Simply maintain the same tempo and rhythm with each iron and allow the subtle differences in setup, plane and top positions to occur naturally. If you stick with these guidelines, you’ll find yourself a lot more consistent with every iron in the bag.

•Derek Nannen, PGA, is the Director of Instruction at the Eagle Mountain Golf Academy in Scottsdale, Ariz. To book a golf lesson, check him out on www.golftipsmag.com/instructors._Ê