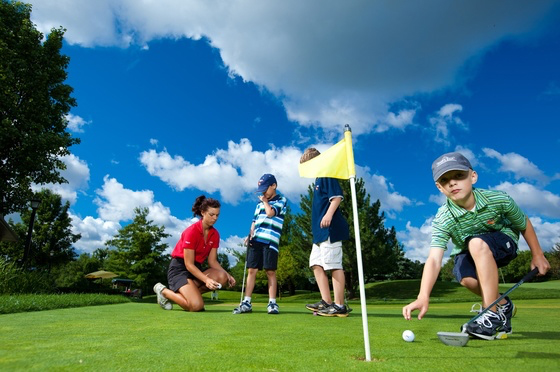 TGA Premier Golf is planting seeds for the future of golf and sweeping the nation impacting youth, schools, and families.

This latest launching represents the nineteenth franchise in the Northeast covering the states of New Jersey, New York, and now Connecticut serving over 750 schools. The new golf programs in Southwest Fairfield County will be running in the Greenwich, Norwalk, Darien, and Stamford communities.

Balagula launched his first TGA Premier Sports program with tennis in 2015, and he quickly recognized the value of his investment in teaching youth the most popular lifelong sports.

“Golf and tennis are the sports that are played most by adults, and least by youth,” said Balagula. “I realized the success that my TGA tennis programs where having and thought it would only be natural to add golf and impact even more youth in these communities through TGA’s unique programming.”

TGA’s innovative program solves the primary barriers to entry into golf by delivering introductory programs directly at schools and community centers through before- or after-school enrichment programs. The self-sustaining, no funding needed business model puts golf on a level playing field with other mainstream sports and creates a healthier and safer environment for students to be introduced to and learn golf. The program can also be utilized anywhere on school campuses regardless of weather, including gymnasiums, hallways, cafeterias, fields and blacktops.

What differentiates TGA is the station-based curriculum that includes golf skill progression, education subjects and STEAM Labs, as well as physical fitness and health components.

TGA has also created the Player Pathway, the first program of its kind in the industry, which is having a major economic impact on its more than 250 golf course partners nationwide. Once the students go through the introductory programs, TGA transitions them and their families from the school to partner golf courses through recreational programs such as summer camps (over 2,000 nationwide), leagues and parent-child events, which results in revenue from TGA as well as increased traffic and incremental revenues through green fees, food/beverage, and merchandise sales.

Finally, through its own line of youth golf equipment, TGA provides age and height customized equipment for all students at no cost.

“Golf and tennis are often found together at private clubs,” explains Balagula. “For me, it’s about bringing these lifelong sports together in schools and creating a new generation of active youth while changing lives through sports.”

TGA franchises can be found in more than 80 markets across 27 states, as well as internationally in Canada and Spain. Its continued growth has impacted over 700,000 youth and made these sports available to 1.75 million families. Future expansion strategies include the addition of 100 more franchises over the next two years, the addition of more sports, and impacting another one million youth through its education-based programs and the TGA Sports Foundation, which provides access for all children and promotes the physical, educational, social and character-building elements of these sports.