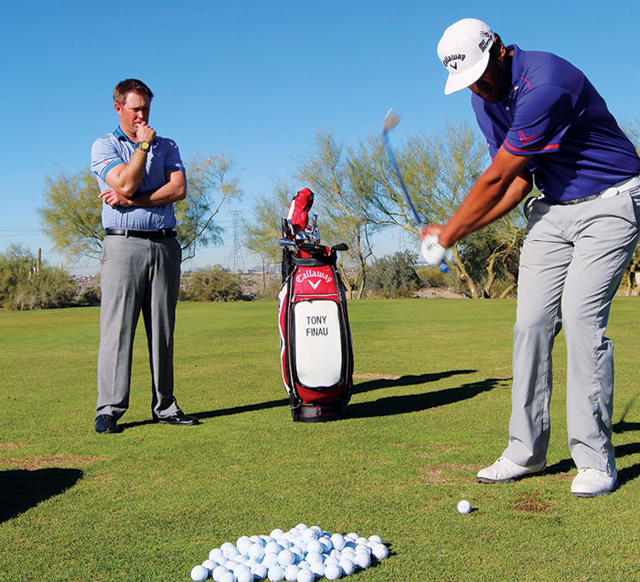 Editor’s Note: Tony Finau is one of the PGA Tour's rising stars, with a game that earned him a spot on the 2018 Ryder Cup team. In this updated piece from 2015, PGA teacher and Finau coach Boyd Summerhays shows how he got his game in shape for his rookie season with practice methods that can benefit every player's golf game.

Tony Finau is one of, if not the longest, drivers on the PGA Tour. But the success and consistency that he had as a PGA Tour rookie (six top-25 and two top-10 finishes in his first nine events), and in the years since — which has led him to a win, high finishes in majors and a Ryder Cup berth on Team USA — has much more to do with him being a complete player than just his length and power. As he prepared for his first  season on the "big Tour" in 2015, Tony and I discussed in great detail first the strengths of his golf game and then the areas that we felt he needed to focus some extra attention on. It's very important to know both areas. Tony spends time maintaining his strengths, but also spends a good amount of time on the areas that he wants to improve.

"If only I could putt and chip," you hear golfers say, but then you find them always on the driving range. Don't be that golfer. Maintain your strengths and give some attention to your weaknesses. Your scores will drop and that will be fun!