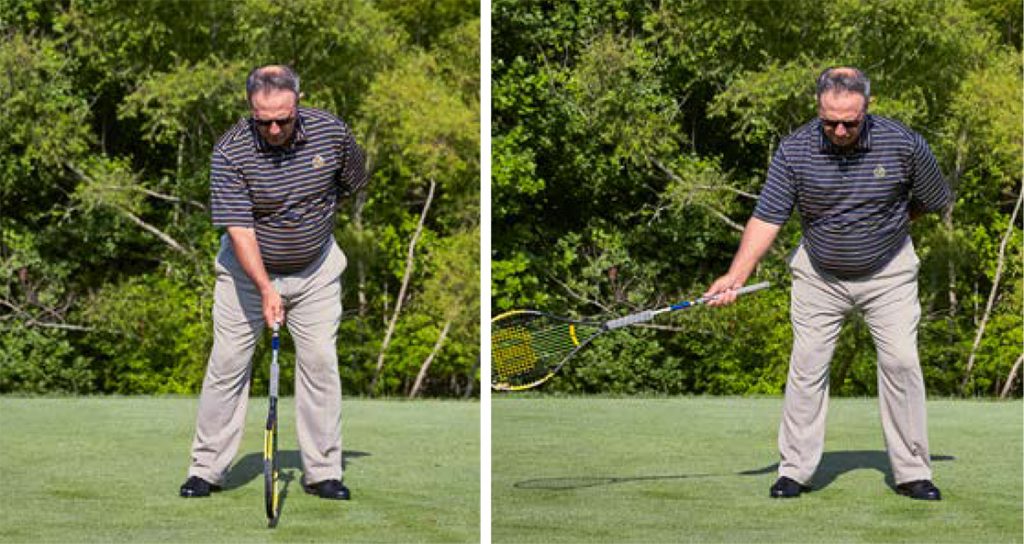 In the immortal words of the great cabaret singer Engelbert Humperdinck, “Please Release Me Let Me Go. Every day I go to the lesson tee and, with rare exception, I encounter a student if not students who for a variety of reasons do not release the club. The release, as it is commonly called, is simply the ability to square the club face at the moment of truth — that is, impact.

There are two releases in the golf motion. One is the release of the body. Some call that “turning,” but I refer to it as the pivot — the winding of the pelvic region or the lower body (more to come below). The second release, which seems to be taboo to talk about in today’s modern instruction world (but not in mine) is the release of the hands.

The pivoting of the lower body is at the mercy of a player’s ability to use his/her feet and legs in an athletic manner to create both a rotational force as well as a weight transfer from right side to left side. Learning how to use force against the ground is vital. Have you ever seen a great athlete in any sport with bad footwork? Gretzky in hockey, Jordan in basketball, Jeter at short-stop, an Olympic gymnast, or any world class golfer? That footwork, which progressively leads to great leg work and ultimately an ability to rotate their hips, lends to force being created with which to strike the ball.

The release of the hands is probably a bit more controversial in today’s teaching and coaching arena. Not many like to discuss the hands and arms as primary sources of speed or direction. That said, what do you shave with, eat with, steer a car with, brush your teeth with, write with, type with, etc.? Your hands! They are well-trained, get lots of reps in daily life and are pretty damn well-educated. Have you ever heard of hand-eye coordination? Next point: the vast majority of right-handed golfers are in fact-right handed (I happen to be a right-handed golfer who is left-handed). It’s always been said through time that you wanted to get your trail hand (right hand for right-handed player, left hand for left-handed) out of the golf shot. I couldn’t disagree more. The trail hand in the case of a right-handed/right hand golfer is what I refer to as The “smart hand,” the left hand is in this case the “dumb hand” (lack of reps, un-educated). That’s why I believe the dumb hand is generally taught to be placed on the club in a somewhat stronger setting while the smart hand is placed on the club in a more neutral setting. The dumb hand needs help. i.e., a head start in the release process; the smart hand does not.

All you right-handed/right-hand golfers, try the following: Take some face-on video swinging a short iron with your left hand only, then take film swinging the same club right hand only. Watch each video in slow motion. Tell me with which hand the club face releases more actively and/or sooner? I strongly recommend that if you can’t seem to release the club and spend your days in the right rough, to go to your local practice facility, tee up the ball at the same height you would on a par 3, take out an 8-iron or other short iron and spend the entire session hitting balls right hand only. It may be difficult at first. Stick with it and email me about three to five months from now and tell me how much you like hitting those beautiful high draws!

In the photos above and right, I’m using a tennis racket to show face release and “letting go” to promote a lack of tension in the arm swing. Notice the racket face is fully released. Imagine hitting a forehand top spin shot.

Master your footwork, learn how to pivot your lower body, and understand and promote the use of your smart hand and you’ll be off to the races. Gain yards, hit more fairways and greens. Let me know how this works out.

For all our Golf Tips loyalists, feel free to send me a swing video doing this drill to my V1 TP GOLF On Line Academy. The first analysis is on me! If you aren’t familiar with how to use V1, details are available on my V1 page on my website at www.tompatri.com