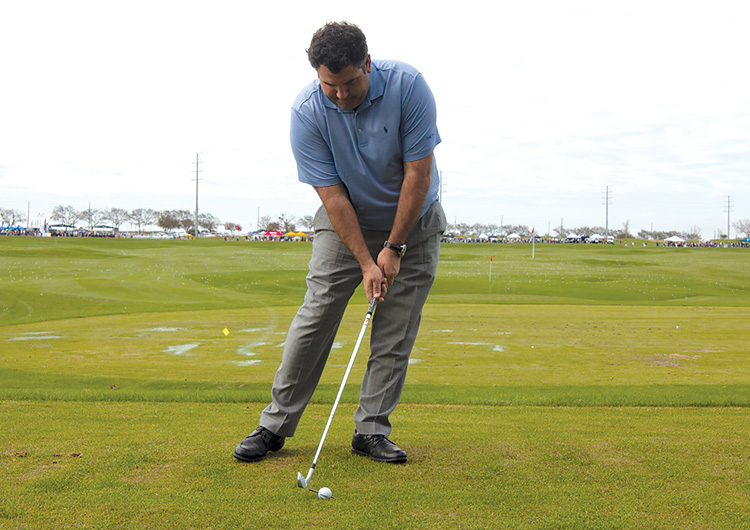 WHEN STRIKING A GOLF BALL with any club, the moment of impact between the ball and the clubhead is one of epic proportions. It’s the point in time where all of the information from the moving clubhead is delivered and, ultimately, determines what the fl ight of the ball will look like in the air. Get this moment wrong, and hitting consistent golf shots will be very challenging!

Most of the problems at impact come either from a lack of knowledge concerning what should happen or a fl awed perception of what’s actually happening. It’s a scientifically proven fact that the clubhead should be moving down when we strike the ball, meaning that the shaft of the club will be leaning forward, toward the target, at impact. A golf club is actually built to be used that way. The problem is that striking down on a ball you’re trying to hit up in the air is a diffi cult concept for most golfers to grasp. The human brain is very skilled at creating movements in the body that support our perception of what we think should be happening, which can be a very powerful tool if we can just get our perception and reality to line up. The images here illustrate a drill to help you understand what the correct impact position should look like so you and your brain can start communicating with each other more effectively. 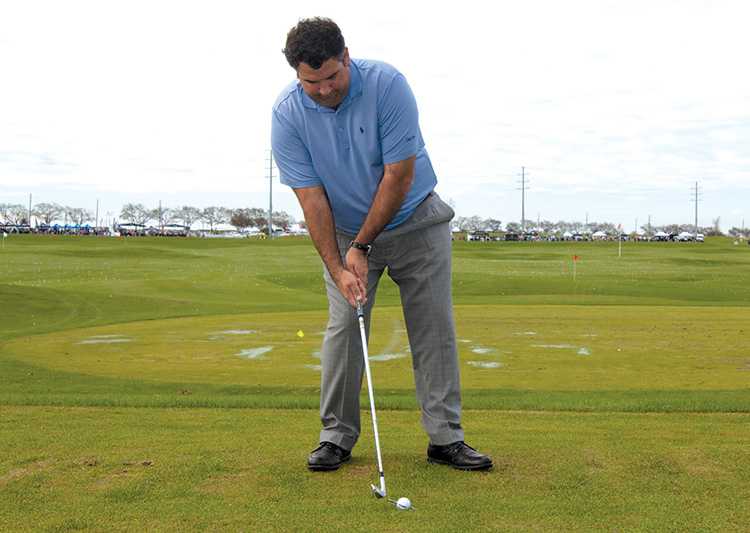 The only possible way to drive the nail into the ground in the top photo would be to deliver a forward-leaning shaft with a downward strike. The only way to accomplish both is to have your weight well into your lead foot, with your chest and head directly over the ball. If you imagine the nail through your golf ball the next time you’re playing, your brain will start to better understand what’s necessary to deliver the club in a way that would drive the nail into the ground—and that thought will lead to a much more consistent impact position!

In the second image, you’ll see the brain’s normal response when asked to make the body move in a way that would loft the ball up in the air (the single most common misconception among most golfers). The weight moves heavily into the trailing foot, the chest and head move backward, and the hands try to “throw” the clubhead under the ball in order to hit up and get it airborne. This type of motion often leads to the club striking the ground before the ball and taking a heavy divot or sometimes striking the ball without hitting the ground and taking no divot. 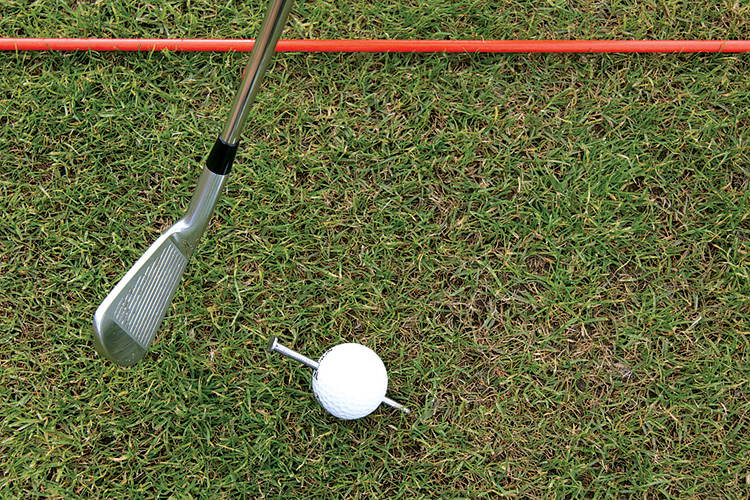 The third photo is a great visual for you to use when trying to understand what actually should be happening during impact. It would be physically impossible to drive the nail into the ground at such an angle with your weight back and your hands throwing the club under the ball. If your brain were given this task, it most certainly wouldn’t tell your body to move in that fashion.

Brandon Stooksbury, PGA, is Director Of Instruction at the Idle Hour Club in Macon, Georgia, and author of “The Wedge Book: An Owner’s Manual For Your Short Game.” Visit www.StooksburyGolf.com.

One thought on “Back To Basics: Nail Your Impact”