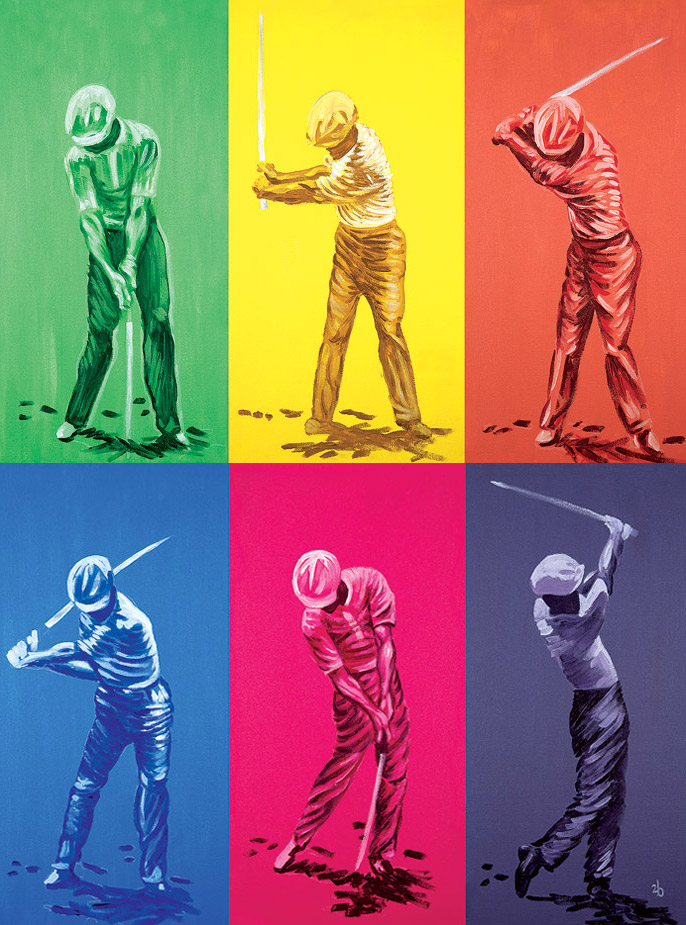 During my lifelong quest to help people play better golf, I’ve observed that the majority of golfers struggle to develop sound swing fundamentals. This limits their ability for improvement and obviously their enjoyment of this great game. Yet there are others who can grasp it rather quickly. Are some people just born with greater talent, or is the secret found in a simple process called “chunking”?

How Best To Eat An Elephant? One Bite At A Time!

According to Daniel Coyle, author of The Talent Code, world-class trainers, athletes, musicians, artists, actors, the military and many other skill-developed activities benefit from chunking. The most fertile learning environment is one in which teachers and coaches take the complex and break it down for micro study and practice. Scientifically proven and simplistically explained, when a human is challenged and struggles doing a unique task, the myelin, a milky substance in the brain, wraps around the newly trenched path from neuron to synapses, and with every repetition, the myelin insulation channels the energy faster and with more precision, resulting in greater skill development.

So how exactly does a golfer “chunk”? In slow motion and with absolute precision, think and feel one chunk (or “segment”) of the golf swing at a time, until that chunk can be executed flawlessly. This is how you develop your talent, or what neuroscientists refer to as myelination.

Their hypothesis stands that talent is developed best and fastest in an environment that chunks the action with conscious, deliberate slower speed than the action attempted in full speed.

My affinity for the legend Ben Hogan and his powerful repeatable rotary golf swing began in 1979 after reading his book, Modern Fundamentals of Golf. The pages of this treasured reference are now worn and torn from my numerous thumbing and earmarking over the years, and I’m not alone, as many instructors and golfers continue to study his masterpiece swinging motion. Even Coyle used the master Hogan as an example, sharing a YouTube clip entitled “Hogan Super Slow Motion,” showing Ben practicing at the Seminole Golf Club in Jupiter, Florida. He demonstrates a precise, super-slow practice swing, and if it wasn’t for the waves rolling onto the shore in the background in real time, you would have just thought someone turned the speed of the film down to 1/10th of the actual swing speed. It’s a must-see if you’re considering chunking as a method to perfecting your golf swing.

Breaking down the golf swing into key positions for study isn’t new to teaching golf, as others have taught as many as nine and 11 swing segments. The success experienced by my students convinced me that “less is more” for feeling momentum flowing from one balance point to another. 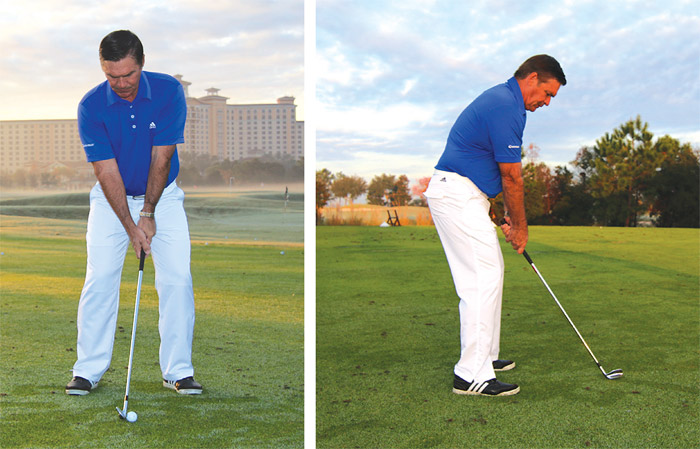 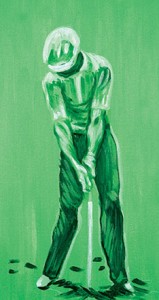 GAP is an acronym for Grip, Aim and Posture. Using a mirror for feedback, check your positions for correctness. Great players through history have shown us that there’s more than one way to grip the golf club successfully. Hogan had a weak grip position, with the antithesis being Paul Azinger or Zach Johnson, with very strong grips. The key is to place the hands on the handle so your wrists will work without restriction, and that whatever your choice, weak or strong, it’s done consistently. A deal breaker would be one hand stronger or weaker than the other.

Aiming the club, make sure your focus takes into consideration the entire club. Most players will aim with the face, but be very inconsistent with where the handle aligns. One time it leans forward and the next it’s leaning back. This can cause inconsistency with the bottom of your swing arc and ballflight trajectory.

Aiming the body is best done with parallel feet, hips and shoulders to the desired target line going through the ball. But, here, again, there have been several great players who either set up open or slightly closed to the target. Hogan typically hit a drop fade, and with his driver, he would drop his right foot back a few inches, opening up his gate for a fuller turn. It’s a matter of defining your desired pattern and then checking with alignment rods and/or viewing in the mirror that your aim is consistently being accomplished.

The final aim is the relationship of the ball in your stance. The further back of center in the stance, the more the downward swinging push will be promoted, and the further forward of center, the more potential for an upward-swinging pull shot. Hogan and Arnold Palmer both set up with the ball 2 inches off their target-side instep. Then they would change the width of the stance, narrowing and slightly opening their stance as they progressed into the lower irons. The more aggressive one’s lower body motion, the further forward the bottom of one’s swing arc. If you’re a relatively flat-footer through impact, then playing the ball more toward center with your irons will improve your ability to strike the ball and bottom out in front of the ball. If you have fast hip rotation like Rory McIlroy, then move the ball more forward.

Posture with Hogan was very precise and one that created balance and a connection of his arms to his core—elbows pointed down, inward and close together from the start to the finish of his swing. This allows the club and center to move together, increasing one’s ability to stay on plane and in balance throughout the entire golf swing.

The key angle I observe with golfers is the spine angle. Tilting forward from the hips and maintaining your neutral S-curve will allow the arms to hang from the shoulders and have room to swing when the torso and shoulders turn away. Many golfers make the mistake of keeping the hips under them and then rounding forward from the neck and shoulders. This arc limits range of motion and often causes lifting out of the original starting position. Slight flex releasing the knees with the feeling of engaged hamstrings is the goal. A common mistake is to overflex the knees, locking in your hips and thus limiting your ability to turn. Stand tall with the legs and flexed slightly in the knees, with a good spine angle tilt from the hips and hanging arms, will place the balance of your weight on the balls of your feet, not the heels or toes. If in balance, you should be able to lift your heels slightly and bounce on the balls of your feet. Checking posture in the mirror from both front-on and a side view prior to hitting balls or playing is highly recommended in the development and management of your best golf swing.

One thought on “6-Step Swing”